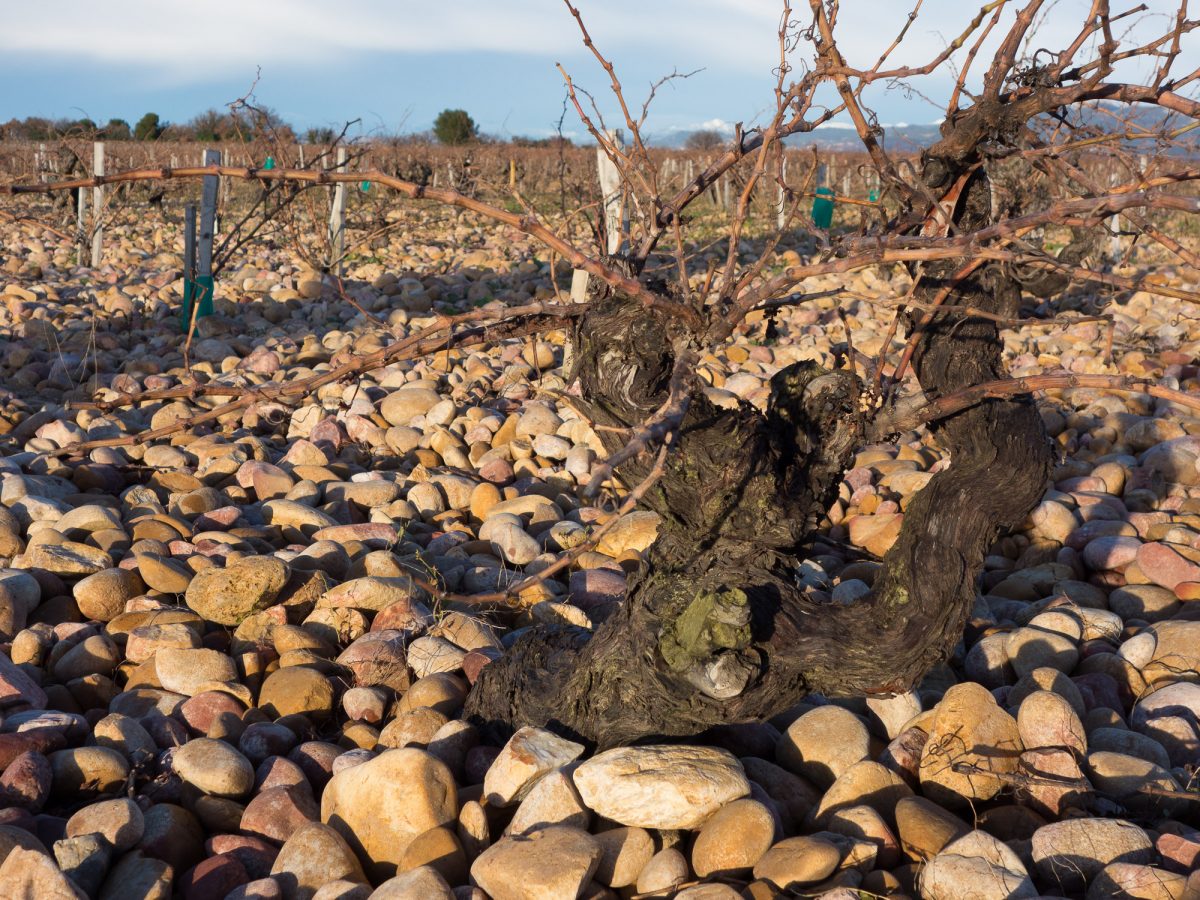 The transitive property of wine at work. For many, the stony plateau of La Crau defines Châteauneuf-du-Pape, the highest point of the appellation, with a stunning view of Mont Ventoux on a clear day, and the sun beating down on the blinding white of its round stones known as galets roulés. Likewise, for many, the name Domaine du Vieux Telegraphe is synonymous with La Crau, thanks to the estate’s pioneering founder Hippolyte Brunier who cultivated his section of the plateau with diligence in the late 19th century despite the inherent difficulties involved.

Is it any wonder, then, that for many wine drinkers, Vieux Telegraphe was the first bottle of Châteauneuf-du-Pape they tasted, and remains the name they associate most with the appellation? 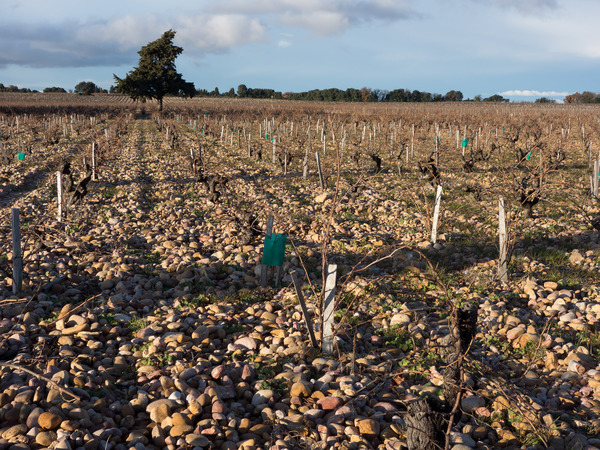 Vieux Telegraphe is now the largest landholder within the lieu dit of La Crau, with just slightly less than 150 acres under their cultivation, a number that has grown steadily since Hippolyte Brunier began bottling a little bit of his own grapes to first local, and then regional acclaim.

Brunier’s sons dutifully took on management of the vineyards after their father in the early 20th Century, but like him, they sold most of their grapes to negociants, making only the smallest quantity of wine for themselves. One of those sons, Jules Brunier, named the domaine after an old telegraph station, which had been placed among his vineyards at the end of the 18th century thanks to the altitude of the La Crau plateau, which made a convenient waypoint for semaphore signals visually making their way through telescopes from Paris to Marseille.

While the second generation managed to expand the vineyard holdings to 45 acres, it was the third generation following World War II, that truly brought the estate into its own. Henri Brunier built a new winery, and introduced temperature controlled fermentations as a means to improve quality. 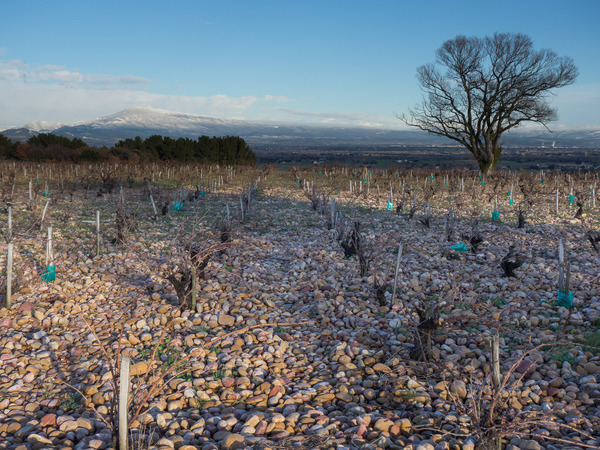 Today, Vieux Telegraph is run by Henri Brunier’s sons, Daniel and Frédéric, who took over after their father retired in 1988 (he passed away in 2008). The family’s holdings have expanded over the years to include land in Gigondas, as well as another estate in Châteauneuf-du-Pape known as La Roquete, and even a winery in Lebanon.

While the Bruniers continue to be heavily involved in the production and all the strategic decisions at the winery, the day to day operations are run by the genial Argentinian cellarmaster Leonardo “Leo” Borsi, who has spent the last 8 years running all three of the Bruniers’ Rhône estates. 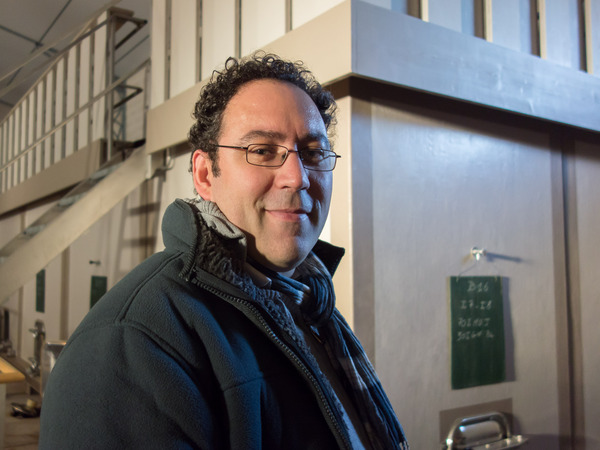 Borsi came to Vieux Telegraph after studying French in Beaune in the late 1990s, and working at a lot of different places, including the cellars of Moet Chandon in Champagne. He rather is open about the changes he is working at Vieux Telegraphe, a subject which can sometimes be sensitive, especially at such established domaines.

“With whites, we are looking for more fine wines, more precise than in the past, and perhaps for drinking more quickly,” he says.Overall we have cleaner wines, wines that are more round, but also with more definition. Like when you see a person that is very serious, today our wines are more serious, with more definition. We are more sure of what we are doing. We see the detail in every step.”

Borsi goes on to describe the fine line he walks between bringing what he calls “an international style” to the wine, and the process he describes as “getting the wine closer to the terroir.”

“When I started,” says Borsi with a smile, “I was the guy from the new world. But I learned to listen to and respect tradition, while still being open to new things.” 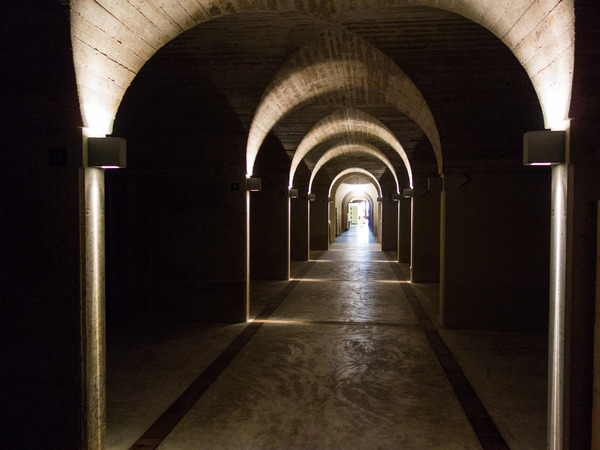 Borsi has recently overseen what is perhaps the largest change at the estate in many years. Up until 2012, every wine that bore the Vieux Telegraphe name came from the estate’s holdings on La Crau, making the label one of a select number estates that farmed within a single lieu dit. The La Roquete estate, purchased by Henri Brunier in 1986 shortly before he retired, has always been bottled separately under that estate’s name.

Now, however, Vieux Telegraphe will produce three red wines: its younger vine “Telegramme” which primarily sells in export markets, its traditional old vine red blend, with fruit from vines that are greater than 60 years of age, and now a wine that will be named Pielong, which will largely be fruit from the La Roquete estate, whose vines are younger than those on La Crau, and which grow in a mix of soil types. This fruit has previously gone into a Châteauneuf-du-Pape known as “l’Accent” which will no longer be produced. 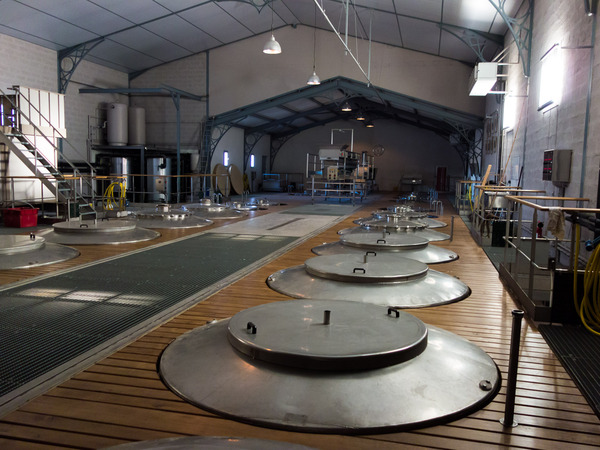 Winemaking and winegrowing at Vieux Telegraphe hews towards the fairly traditional end of the spectrum. The grapes are harvested by hand and mostly, but not completely destemmed before fermenting and macerating in a combination of steel and old oak casks. Unlike some producers, Vieux Telegraphe regularly coferments many of the grapes, in particular, Grenache and Syrah, as well as a blend of Grenache, Mourvedre, and Cinsault.

After fermentation, the wines are moved into cement tanks for 9 months and then into a combination of old oak foudres and, in the case of the whites, some smaller format French oak barrels. The regular bottling, often mistaken for a reserve bottling named La Crau due to the vineyard name on the label, consists of solely old vine fruit, while the Telegramme is made from vines younger than 30 years of age.

Wine importer Kermit Lynch famously convinced the Bruniers to stop filtering their wines after a brief period of experimentation with the practice in the early Eighties. Now only the whites receive a light filtration before bottling. 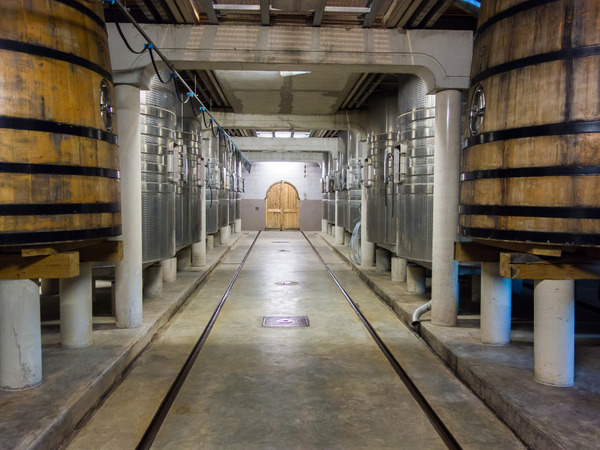 TASTING NOTES:
While the whites are here, most, if not all of the 2012 red wines have yet to hit American shores. They should appear sometime in the next 6 months. In the meantime I’ve provided links to 2011 and earlier vintages. I highly recommend the 2010 vintage, and if you can postpone your excitement, waiting for the 2012s will not disappoint. They are spectacular.

2012 Domaine du Vieux Telegraphe “Pielong” Red Blend, Châteauneuf-du-Pape, Rhône Valley, France
Medium to dark garnet in the glass, this wine smells of forest berries, forest floor and beautiful stony minerality. In the mouth cedary flavors of strawberry, licorice, and crushed herbs mix with a hint of leather and woodiness in the finish. Powdery tannins leave a suede-like impression at the front of the mouth. A blend of 90% Grenache and 10% Mourvedre. 14.5% alcohol. Score: around 9. Cost: $??.

2012 Domaine du Vieux Telegraphe Red Blend, Châteauneuf-du-Pape, Rhône Valley, France
Light to medium garnet in the glass this wine has a gorgeously aromatic nose of garrigue, forest berries, and cedar. In the mouth gorgeously supple tannins wrap around joyously bright fruit of huckleberry, mulberry, and strawberry. Crushed herbs and a hint of wet earth add a deeper note to the wine which finishes with some fennel seed notes. Fabulous acidity and balance. Powerful, but not heavyset. A blend of 65% Grenache, 20% Syrah, 10% Mourvedre, and 5% of Clairette and Cinsault. The vines are more than 60% years old on the plateau of La Crau, which is why this bottle always bears that vineyard’s name on the label. Score: around 9.5. Cost: $80. click to buy. 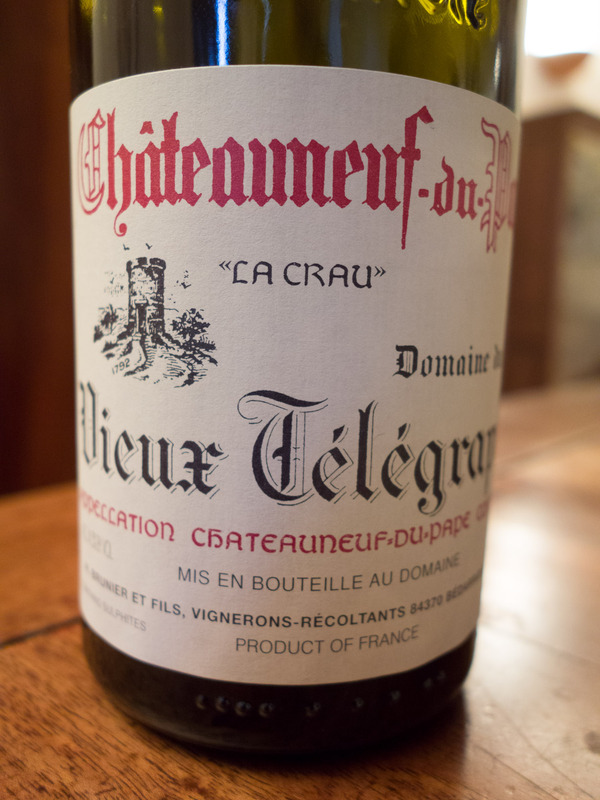 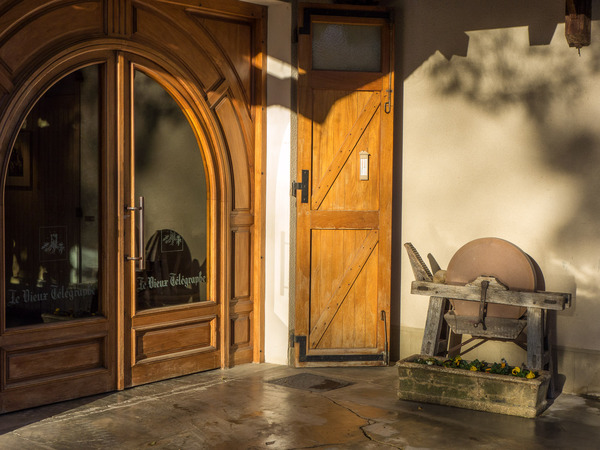