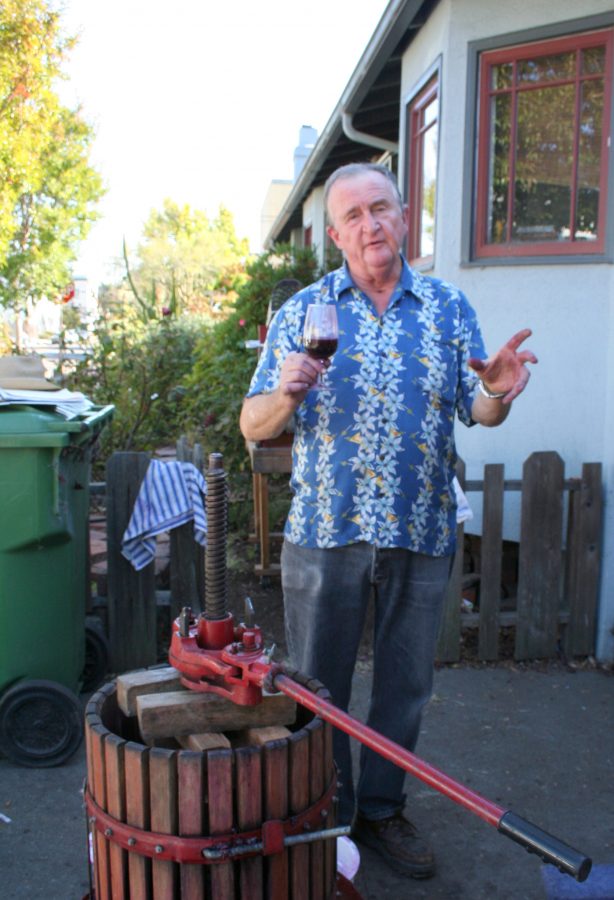 On Saturday May 17th, 2014, wine writer Tim Patterson died of complications from brain cancer following surgery to remove a brain tumor. Regular readers will know that Tim was the co-editor of the book review section here on Vinography, and author of a good share of the book reviews that were posted on Vinography.

In fact, the whole idea to review wine books on Vinography was Tim’s idea. We met several years ago at the Symposium for Professional Wine Writers, and he proposed the idea to me over a glass of Zinfandel.

Our irregular collaboration over the past few years was a great source of pleasure for me, and more than a little humor. Tim possessed a sharp and very sly wit, as well as an excellent ear for prose, as his last review of a couple of wine and food pairing books so beautifully demonstrates.

Tim’s writing on Vinography was almost certainly the most inconsequential part of his substantial body of work, which included regular columns in Wines & Vines, and the widely praised Home Winemaking for Dummies, among many other bylines.

Tim’s garage wines were well known among the community of Bay Area wine writers, and many of us got a chance to sample them each year at the Wine Writer’s Symposium, often with pleasure. His yearly bottling parties were all but legendary.

I knew Tim’s health wasn’t so great, but his death came as quite a shock to me this week, and I sorely regret the fact that I did not have the opportunity to say goodbye to someone I considered to be a truly wonderful human being, and was happy to call a friend.

Tim was remembered by several others this week, including his editor at Wines & Vines, Jim Gordon, and his friend and fellow writer Frances Dinkelspiel, from whom I’ve stolen this lovely image of Tim above. I encourage you to read both of their pieces, which speak better than I can about his full career.