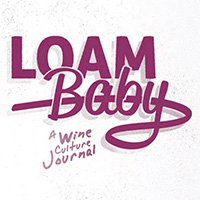 The world of wine media has changed greatly in the 10 years since I began my wine blog, Vinography.com. By the end of 2004 there were perhaps a dozen wine blogs in existence, but within two years that number would swell into the hundreds, and later, thousands. With the exception of a few pioneering websites such as Tom Cannavan’s Wine-Pages.com and the late Daniel Rogov’s website on Israeli wine, the emergence of wine blogs marked the first true wave of non-mainstream wine journalism, made all the more interesting (as well as variable in quality) by the fact that many wine bloggers had no background in traditional wine writing.

While not appearing at the same pace, wine blogs continue to spring to life, some lasting for a few weeks, others becoming vibrant and prolific participants in the broadening conversation about wine. That said, the idea of the wine blog no longer twinkles with novelty. Most major wine journalists have their own blogs at this point, and the medium has proven itself a viable alternative source of information (and occasionally entertainment) about wine.

Which brings us to the question of what’s next in the ongoing evolution of the wine media landscape. If writers such as Jancis and Robert Parker represented the second stage of modern wine-media expansion (after first players such as André Simon, Michael Broadbent, Frank Schoonmaker, et al) and wine blogs represented the third, we now find ourselves in the fourth wave.