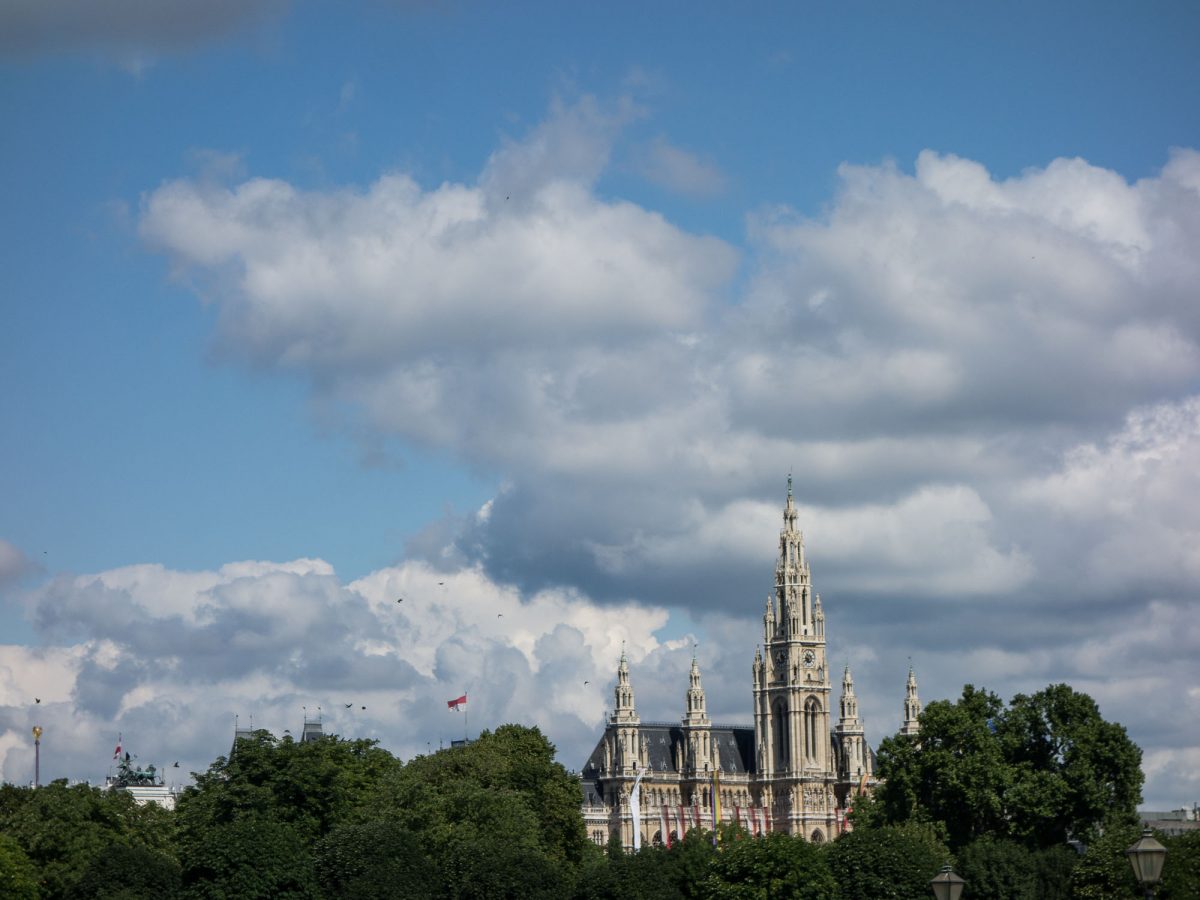 Every wine region in the world has its own unique allure, but not all are created equal. Some offer better wines than scenery, others have landscapes that make up for their relative lack of creature comforts. The best wine destinations in the world offer combinations of many charms, but few can match what I now consider the single best wine tasting destination in the world: Austria.

While it might not immediately leap to mind along with the picturesque rolling hills of Tuscany or the cobblestone charms of Burgundy, Austria bests them all. Don’t believe me? Here are the ten reasons Austria is the best place to go wine tasting in the world. 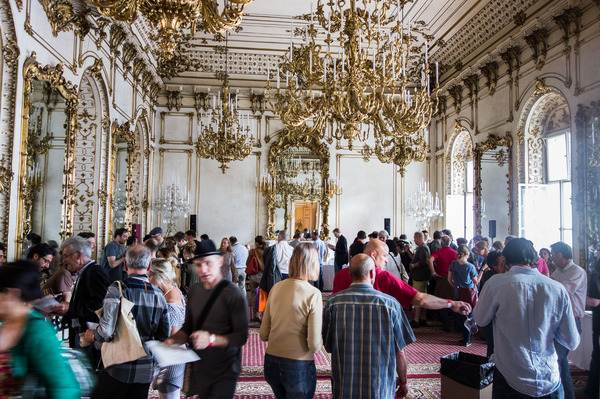 1. Roll out the Red (or White) Carpet
The glory of Vienna makes itself known on your first taxi ride through the center of town. Few cities can equal its architectural grandeur. The city is stuffed with impressive facades, and dotted by palaces. Never tasted wine in a palace? You’re in for a treat. If you happen to be in town for one of the city’s major wine events, you’ll get the chance to sip wines in rooms from which a large chunk of Europe was ruled until the 19th Century. The bi-annual VieVinum is the largest of these events, and is held in the massive Hofburg, the imperial palace of the Hapsburg empire. With a glass of something good in your hand, you’ll feel positively regal. Then when you’ve had enough, go for a concert in one of the world’s acoustically perfect concert halls, and a late dinner at a Michelin-starred restaurant. 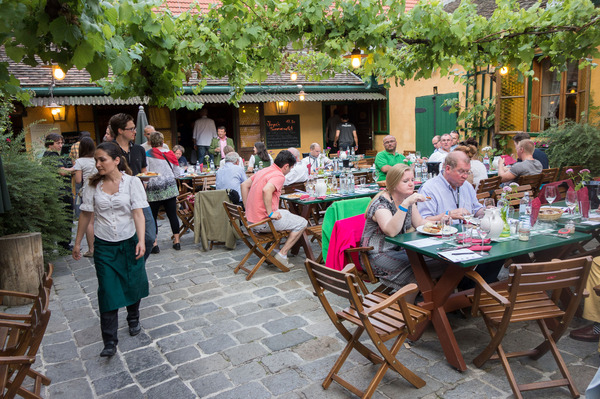 2. Wine Bars… Everywhere
They exist all over Austria, but the institution of the heuriger finds its most perfect expression in Vienna, where literally hundreds of these convivial outlets for drinking, dining, and talking fill the city. The culture of the heuriger can be traced back to the Empress Maria Theresa and her son, Emperor Joseph II, who passed laws allowing any farmer to make and sell their own wines (and certain prepared foods) without taxation from the empire. Almost instantly a new industry arose. Now you can find several hundred heurigen throughout Vienna, each offering wine by the glass or by the flask, a bit to eat, and a convivial, casual family atmosphere often featuring live music. 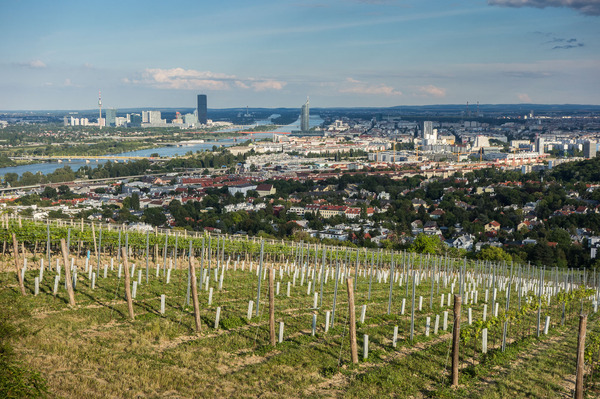 3. Downtown Vineyards
The laws that gave rise to heurigen and embedded wine deeply in the culture of Austria also preserved one of the wonders of the wine world. Vienna boasts something no other major capital city in the world can: an entire wine region within the city limits. For centuries, vineyards have dotted the hills surrounding downtown Vienna, coexisting alongside posh real estate that everyone from Mozart to Freud inhabited at one time or another. Thanks to the economic viability of the heuriger (which, because wines aren’t bottled or shipped anywhere, allows a farmer to profit from a small parcel of grapes) these vineyards were never sold to make way for more houses, and still produce wine. Chief among their products is a wine named Gemischter Satz, a white blend of sometimes up to twenty different grape varieties that remains one of the most unique (and tasty) white wines of the world. 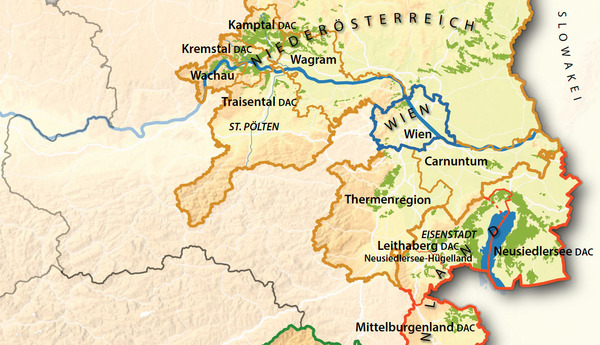 4. 50 Minutes to Wine Country
Even though wine country is walking distance from the center of Vienna, plenty more awaits an easy (and pleasurable) hour’s drive from the capital. Hop onto the well-maintained autobahns and speed (within the limit, of course) your way to one of Austria’s several unique wine countries. Find your way to the Thermenregion where Cistercians settled centuries ago, because, in part, it was a good place to grow their noble Burgundian grape varieties. Wind your way along the Danube and up a stunning river valley into the Kremstal, home to picturesque villages full of crisp white wines. Or make your way south to Burgenland, on the shores of the Neusiedlersee, where intense red wines co-exist with sweet whites that can hold their own among the greatest sweet wines of the world. 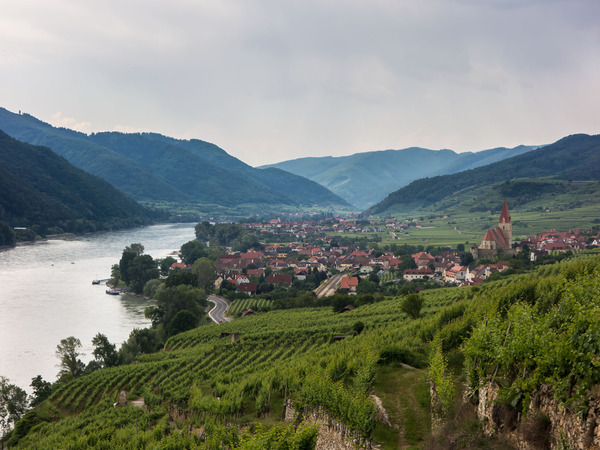 5. The Wachau
And then there is the Wachau, which alone recommends Austria as a destination for the wine lover. Most wine growing regions of the world are beautiful, but a very few rise to the label of spectacular. The Wachau, with its steep slopes of terraced vineyards, and small terra-cotta roofed villages on the banks of the Danube certainly qualifies for superlatives of many kinds. Spending a day hiking (or biking!) through the vineyards with their panoramic views, tasting world-class Riesling and Grüner Veltliner, and then eating a lovely dinner in small restaurants that feel like an extension of a family’s kitchen is an experience that every wine lover should have. 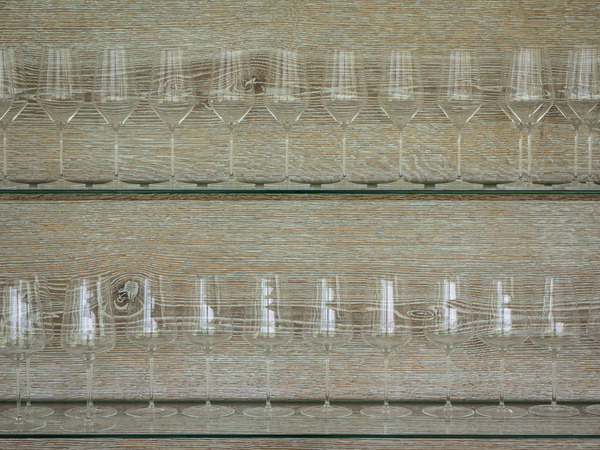 6. The Elegance of Zalto
Scenery, and even wine quality aside, tasting wine at wineries in Austria is better than most any other region in the world simply because chances are whatever you’re tasting will be poured for you in a glass made by Zalto. No matter what you believe about whether a wine glass affects the way a wine tastes (I’m among the unbelievers) there’s no denying that tasting wine from Zalto stems is among the most pleasurable ways to go. These ultra-thin hand-blown crystal stems are a downright pleasure to hold and drink from, thanks to fantastic design and craftsmanship. These delicate works of art cost $50 or more each, and therefore aren’t practical for wine lovers of modest means, but they’re one of the most refined aspects of tasting wine in Austria.

7, 8, and 9: Riesling, Grüner Veltliner and Blaufränkisch
Oh yeah. The wines. They’re really good. Really, really good. Most wine lovers have heard of Grüner Veltliner at this point, the spicy, crisp, and fruity white wine that largely put Austria on the world’s radar, with the help of evangelical sommeliers all over the globe. The grape finds varied expressions in Austria’s many wine regions, but hits the highest notes in the Wachau, the Kremstal, and the Kamptal regions. These three regions also grow world-class (mostly dry) crystalline citrus and stone Rieslings that can age for decades. The much more obscure red Blaufränkisch grape is quickly becoming Austria’s third claim to fame. In the hands of many of the Burgunland region’s talented winemakers, the bright berry, earth-tinged Blaufränkisch has begun to achieve heights of expression reserved for only the world’s noblest grape varieties. 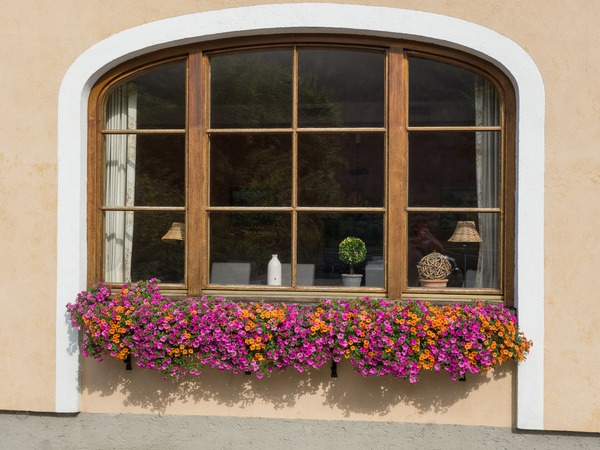 10. Austrian Hospitality
Having traveled to many wine regions in the world, I can say that Austria ranks among the highest for gracious hospitality. Certainly when I travel as a journalist, I am received well by those who expect me, but I also visit plenty of restaurants, hotels, and even a few wineries to whom I am just another English-speaking tourist. Ive found the Austrians to be a warm, welcoming lot. Quick to celebrate, quicker to smile, and quite eager to provide a great experience to their guests. This masterful hospitality I believe traces its roots back to the same cultural origins as the heurigen. For centuries, a good portion of Austria’s population has been welcoming strangers as well as neighbors into their homes to eat and drink, and it really shows.

I’ve now been to Austria twice, and I’m already plotting my return. If you haven’t yet been, I highly recommend it.