Dot Wine and the Fear of Change 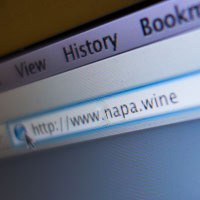 As someone who makes his primary living helping leading companies utilise internet technologies for competitive advantage, I have always found observing the wine industry’s approach to the Internet an amusing spectator sport. When feeling particularly uncharitable, I liken it to the early antics of a young puppy that has been brought to the seaside, or to a snow bank, for the first time: gingerly approaching the unknown and quickly shying away at the first unfamiliar sensation.

I shouldn’t have been surprised, therefore, when, following the announcement of their approval by ICANN (the organisation that regulates Internet domain names), the shiny new .wine and .vin domain names immediately sparked protest by official wine-trade bodies both small and large. Change and technology combined make for a particularly terrifying cocktail for those in the wine industry.

Of course, the neo-prohibitionists in the French government already bent on ensuring that the word vin never appears on the Web had a field day describing the impending apocalypse of underage drinking and alcohol poisoning that would result from the usage of these particular Generic Top Level Domain Names. Used to protesting against everything, these folks were merely the first to mobilise their outrage after the latest announcement that these domains would move forward. In fact, French representatives have been offering near-ultimatums on their participation in the multilateral process of updating the ICANN governance based on concerns about the potential misuse of these domain names in relationship to their country’s appellation system.

They are not alone.