A Grape By Any Other Name 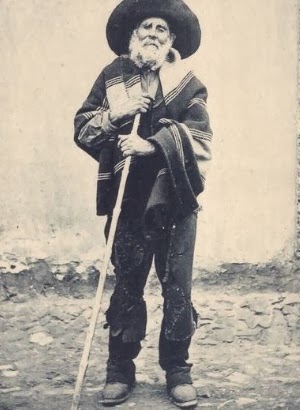 That fabric of our lives, the culture in which we find ourselves immersed, remains a rich symbol of the lives, both significant and insignificant, that came before. We live in a palimpsest of existence. Wine, as a part of that culture, binds many threads of the past together, some of which surface curiously in the names of the grapes that go into the bottle, especially in Portugal.

Portugal ranks comfortably among the more storied wine growing regions of the Old World. Like several others, it boasts a rich tradition of winemaking that spans several centuries, and hosts a panoply of indigenous grape varieties, each deeply tied to the sections of country they call home. These hundreds of grape varieties make for a fantastic diversity of wines worth exploring, and require for their enjoyment only the curiosity of an intrepid wine lover, and the willingness to grapple with an unfamiliar lexicon of names.

Many of Portugal’s grapes carry names that resemble, at least in construction and etymology, those of many other grapes of the world. There are grapes named for their complexion, such as Malvasia Corada, whose “blush” colored skin perfectly recommends the moniker. Still others are named for the shape of their clusters, such as Rabo de Ovelha, or “sheeps tail.” And yet others pay homage to their origins, such as Galego Dorado, or “Galician Gold”, after the Spanish region of Galicia; and Aragonez, one of the Portuguese names for the Spanish Tempranillo that no doubt references the kingdom of Aragonia from whence it came.

From these more common tropes, the Portuguese grape taxonomy quickly departs for less well known reaches of the lexical and metaphorical landscape. Consumers of Portuguese wine therefore have the chance to delight in the flavors of Triunfo, or “triumph” while traveling in the Algarve region. They can easily enjoy Uva Cao, or the “dog grape” in the Dao region and savor the complexities of “Complexa” in Madeira. More mysteriously, we all have the chance to drink the Branco Sem Nome, literally “nameless white” in the stunning white blends and white Ports from the Douro, and to revel with the Barrado de Mosca, or “inebriation of the flies” from the Barriada region.

Leaving aside the fanciful, perhaps the most intriguing grape names of Portugal are among its most plain. Amidst the many-colored Malvasias and the references to Moors (Mourisco) and marriage (Casal), can be found the humble names of men and women who might otherwise be unknown to us, save for the fact that, once upon a time, they were the guardians of a grape that others wanted.

Perhaps surprisingly, there are only a few wine grapes in the world named after people. The vast majority of those grapes are engineered hybrids that bear the name of their creator, perhaps not unlike much flora and fauna whose scientific names sometimes incorporate the (often rather famous) names of the botanists and zoologists who first documented their existence.

Little is known about the farmers who lent their names to the Portuguese grapes Fernão Pires, Maria Gomes and Antao Vaz. When pressed, most experts will simply suggest that at one point these people were the proprietors of the farms where the desired grapes could be found.

“There was probably a time when,” says Marta Galamba, the head of Education for 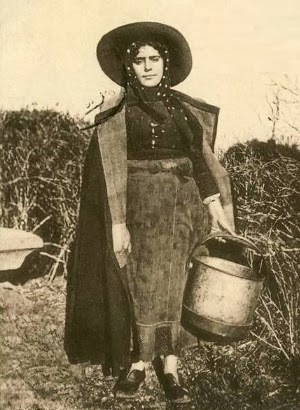 While there are a few other Portuguese grapes who bear the names of more historically famous individuals, such as the brave Gonçalo Pires, the flag bearer in the Battle of Toro, or São Saul, who we all know better as Saint Paul the Apostle, these more prosaic names capture something special of the Portuguese spirit.

To the literary-minded, these names lingering at the edge of remembrance might easily evoke the work of Portugal’s greatest writer, Jose Saramago, in particular his 1997 novel All The Names. This vaguely allegorical tale is set in the Central Registry of Births, Marriages and Deaths, where every person, both present and past, remains meticulously catalogued, the key events of their lives neatly inscribed on cards filed in the vast reaches of a labyrinthine warehouse.

“In this house of archives,” writes Saramago, “memory is tenacious, slow to forget, so slow that it will never entirely forget anything.”

The tale centers on a lowly file clerk who happens upon the card of an unknown ordinary citizen and becomes obsessed with understanding the circumstances of her life. This obsession, in typical Saramago style, sheds a subtle and unusual light on how we value the lives of our fellow citizens, past and present.

“..some of those who are born become entries in encyclopedias, in history books, in biographies, in catalogues, in manuals, in collections of newspaper clippings, the others roughly speaking are like a cloud that passes without leaving behind it any trace of its passing, and if rain fell from that cloud it did not even wet the earth” writes Saramago.

The book’s denouement involves a singular change to the vast Registry: for the first time in its history, the cards of the dead will henceforth be filed alongside the living. Among other things, Saramago reminds us to value the memory of others, and to celebrate those memories no matter how faint and fading.

So the next time you’ve got the opportunity, pick up a glass of Maria Gomes and imagine her, whoever she was, amongst her vines, caring for flavors that centuries later we are still lucky enough to savor.