Losing a Legend in Serge Hochar 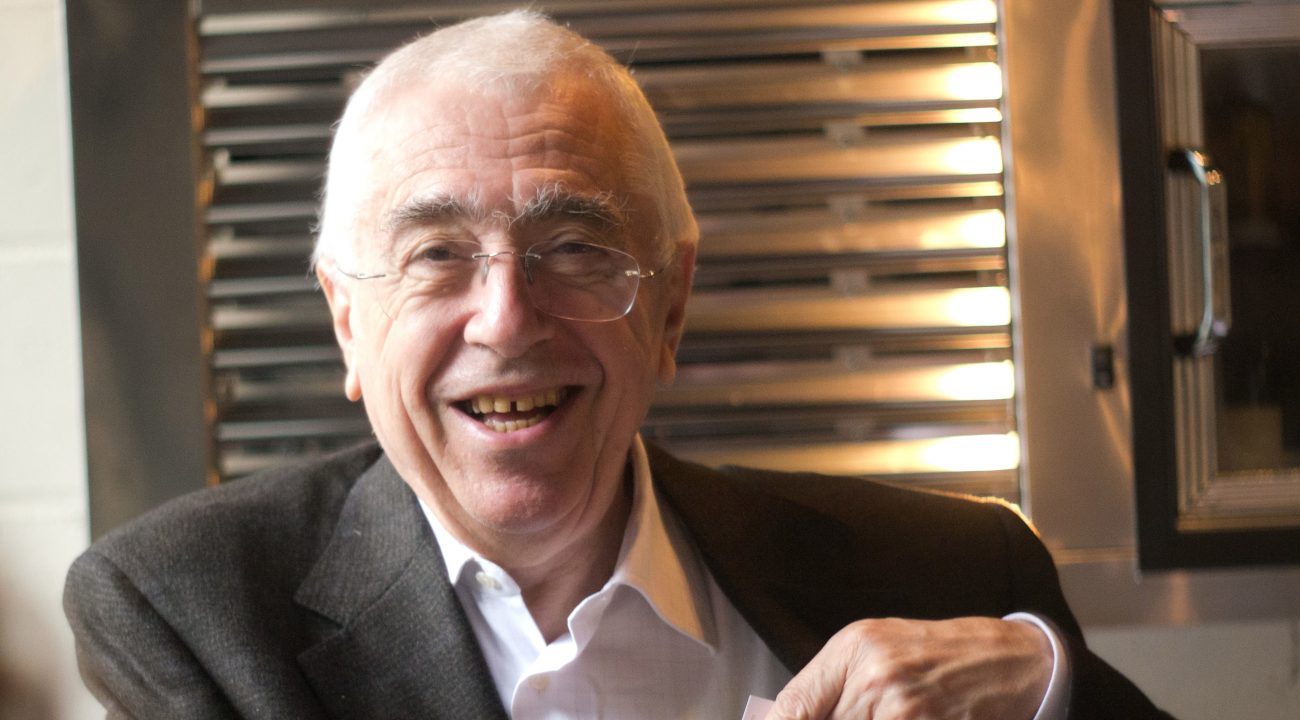 On the last day of December, 2014, the wine world lost a legend, twenty years too soon.

Serge Hochar, the second generation owner and winemaker of Lebanon’s Chateau Musar Winery died at the age of 75 while on holiday in Mexico, according to news reports that are beginning to emerge. No official statements have been released, but according to Jancis Robinson, who received a phone call from his friend and commercial representative Michael Broadbent, Hochar died in a swimming accident. He was on holiday to celebrate his 75th birthday and 50th wedding anniversary.

Hochar was quite simply one of the world’s greatest winemakers. And not entirely because of the quality of his wines, which were fantastic. The man all but vibrated with vitality. Describing someone, especially someone older in years, as having a twinkle in their eye has become more than a cliché, but in Hochar’s case, it was literally true. The man brought a childlike joy to every interaction, even as he offered the wisdom of his remarkable life to anyone willing to listen.

Anyone on the journey to loving wine eventually runs across the stereotype of the philosopher-winemaker, the man with a lined face and dirty hands who works his vineyards and wines as a profound expression of belief in their power as a force of life and beauty.

There exist wineries whose marketing departments fabricate such identities. There are winemakers who attempt to style themselves as such. And there are those who are the real deal.

Rather than abandon his winery as bombs fell in Beruit, Hochar chose to remain, drinking a bottle of wine quietly by himself as his neighborhood was leveled.

“I poured a whole bottle into a big glass. Every time a bomb hit, I would take a sip” he recalled.

Throughout the country’s civil war from 1975 to 1990, he only missed a single vintage (1976) despite the hardships and horrors that the country endured.

The last occasion I spent any time with him, he recognized me immediately despite it having been a year or more since we had seen each other. What’s more, he recalled the wine I suggested that he taste at an event we had both attended in San Francisco. “It was full of life!” he said with a grin. And then he proceeded to kindly berate me for putting too much of his wine in my mouth as I tasted his latest vintage.

“You need only the tiniest amount to taste” he said, “and let’s make no mistake here, we are talking about tasting not about drinking” he laughed and put his arm around my shoulders. This was followed by some related thoughts on sex that had me in stitches, to the point that I failed to write the conversation down, a fact I am now terribly regretting. The man was simply one of the warmest human beings I’ve ever met, possessed of an enthusiasm and humor that was infectious. Show me someone who didn’t get along with Serge Hochar, and I’ll show you someone who isn’t worth your time.

For anyone who hasn’t had the pleasure of meeting Mr. Hochar, I suggest you take the hour to listen to my friend Levi Dalton’s interview with him, conducted just a few short months ago, which will give you a brief glimpse at the man and his spirit.

While quite charismatic, Hochar did not make wines that appealed to everyone. Quite the contrary, in fact. His detractors would suggest his somewhat oxidative, un-sulfured wines show more faults than flavor. When it came to winemaking, Hochar was single-minded and driven. He made no apologies for his approach or the wines that resulted, contenting himself to sell his wines to those who appreciated them, and remaining quite happy to not have his wines appeal to everyone. “I don’t make wine for consistency,” he said. “I make wine for inconsistency.”

Attending a vertical tasting of his wines once in Aspen, I had to stifle a laugh when in

response to a question from a serious-looking wine collector about the secret to making age-worthy wines Hochar grinned and said, “You really want to know my secret? Volatile acidity.” He went on to explain that while many people considered VA a flaw, he learned over time that it was a crucial component to protecting his wines for the long haul.

And by long haul, Hochar meant many decades. There are a few wineries in the world where without exception I prefer older vintages to newer vintages, and Chateau Musar is chief among them. Not because the wines were different or better 20 years ago, but simply because from their somewhat rustic beginnings the wines are built to blossom into something much more profound over time.

After studying enology with the eminent Émile Peynaud in Bordeaux, Hochar took over from his father, Gaston Hochar in 1959, and began to work with the (by then 30-year-old) plantings of Cabernet Sauvignon, Cinsault, Carignan, Syrah, Grenache and the two local white varieties Obaideh and Merwah. Hochar frequently claimed that it took him at least ten or twelve years to understand how to make wine the way he wanted, but then once he figured it out in the early 70’s, he hasn’t changed a thing.

Musar’s wines share the immense vibrancy of their maker, whose huge heart and genial smile made it all the more shocking to many today who learned of his passing. Hochar’s family has been robbed of many years of that light, as have those of us who had the pleasure of meeting him, and hoped to do so again. It is only the tiniest of consolations that we may still open a bottle and feel a small part of the energy this man brought to his life’s work.

“Wine is another human being I like to sit and talk with. Sometimes you get hungry as you talk, other times you just talk,” he said once.

Rest in peace, Mr. Hochar. You will be terribly missed.

Here are some notes on a few older vintages of Hochar’s flagship red (that continues to bear the name of his father) that I had the opportunity to taste in the last couple of years. The wine is almost always a blend comprised of equal parts Cabernet Sauvignon, Cinsault, and Carignan. The high degree of differences between vintages not only reflects the true variations in vintage, but (during the war years) also the political realities of the time, which sometimes dictated when grapes could, or could not be harvested safely. The wines are aged in concrete for their first year, old oak barrels for their second year, and concrete for a third year before being bottled. The are aged in bottles for 4 years before release.

2004 Chateau Musar “Gaston Hochar” Red Blend, Bekaa Valley, Lebanon
Medium ruby in color, this wine smells of cedar, earth, and leather. In the mouth the wine has a wonderful aromatic sweetness to it, with smooth, polished tannins that wrap around a core of red apple skin, leather, and wet forest floor. Lovely bright acidity and great length through the finish. Score: between 9 and 9.5. Cost: $50. click to buy.

2000 Chateau Musar “Gaston Hochar” Red Blend, Bekaa Valley, Lebanon
Light to medium ruby in color with brick-brown highlights at the rim, this wine smells of sweet cedar, anise, and earth. In the mouth silky, supple tannins gently clasp flavors of cherry and nutmeg with hints of leather and dust lingering in the finish. Great acidity. Score: between 9 and 9.5. Cost: $70. click to buy.

1999 Chateau Musar “Gaston Hochar” Red Blend, Bekaa Valley, Lebanon
Light to medium ruby in the glass, with just a hint of brick at the edges (certainly less than the 2000) this wine smells of sweet nutmeg, cocoa powder, and cherry fruit. In the mouth gorgeously supple tannins drape flavors of cherry, anise, and cocoa powder as dried herbs and flowers flit about in the long finish. Excellent acidity. Score: between 9 and 9.5. Cost: $70. click to buy.

1998 Chateau Musar “Gaston Hochar” Red Blend, Bekaa Valley, Lebanon
Light ruby with distinct brown highlights, this wine smells of oiled leather and red apple skin. In the mouth the first thing you notice is the incredible texture of the wine, even as complex flavors of spices, leather, cherry and raspberry fruit dance over the palate in a bright shimmering wave. Gorgeous and smooth, bright and long, this wine sails off the palate into a fantastic finish that lasts minutes. Score: around 9.5. Cost: $95. click to buy.