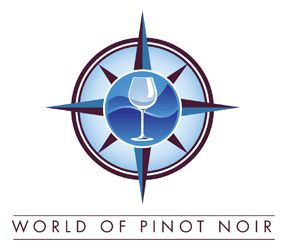 Everyone’s definition of idyllic varies, but for many people it doesn’t get much better than standing on the cliffs above the Pacific ocean on a warm evening, watching the sun go down with a glass of Pinot Noir in hand. If that sort of thing gives you the warm fuzzies inside, then you’re a shoe-in for attending an event called the World of Pinot Noir, held every March in Santa Barbara.

Over two days, Pinot Noir producers from all over the world, along with the people who like to drink what they make, descend on Santa Barbara, turning it into Pinot Noir Central. Seminars, dinners, and two days of grand tasting are on offer for anyone whose idea of a good time involves eating great food and submerging themselves in Pinot Noir.

I went to this event for the first time a couple of years ago and had a ball. I especially appreciated the significant presence of many international producers, both from Burgundy of course, as well as Italy, Switzerland, Germany, and New Zealand.

There’s usually a heavy hitter wine critic in attendance each year, and this year’s luminary is none other than Jancis Robinson, who will be leading a seminar looking at the many incarnations of Pinot Noir from around the globe.

I’ll also be attending this year as a media guest, and will be selling and signing my book, The Essence of Wine for anyone who wants to buy a copy.

Tickets start at $110 for the Grand Tasting. Most of the full weekend packages are sold out, but tickets to some of the dinners and other events are still available for sale as well, but not for long. This event usually sells out completely every year. Buy yours online now. Plenty of lodging options are usually available in the area if you want to make a full weekend out of it.