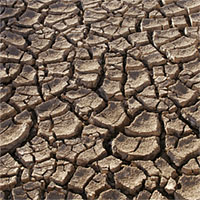 On 1 April, while the rest of the country was engaged in harmless pranks, California’s governor Jerry Brown was getting serious. Reports were coming in from government agencies that the Sierra Mountains snow pack, the source for most of the state’s drinking water, was somewhere between 6 and 8% of normal, the first time in history it had ever fallen to a single digit. Later that day he issued an unprecedented executive order affecting the entire state of California.

Effective immediately, every municipality in the state was going to be forced to reduce its water usage by 25%. ‘A distinct possibility exists’, reads the order, ‘that the current drought will stretch into a fifth straight year in 2016 and beyond.’ Therefore the state government and all city governments now have specific mandates to replace water-hungry landscaping, stop using potable water for urban irrigation, and to enforce these and several other restrictions on consumers. And the state’s water providers now have explicit permission to ‘develop rate structures and other pricing mechanisms, including but not limited to surcharges, fees, and other penalties, to maximise water conservation consistent with statewide water restrictions’.

Following the initial surprise at a governmental act associated more with the worst incidences of floods, landslides, and forest fires, politicians and pundits began asking the same question: why were there no restrictions placed on agriculture?