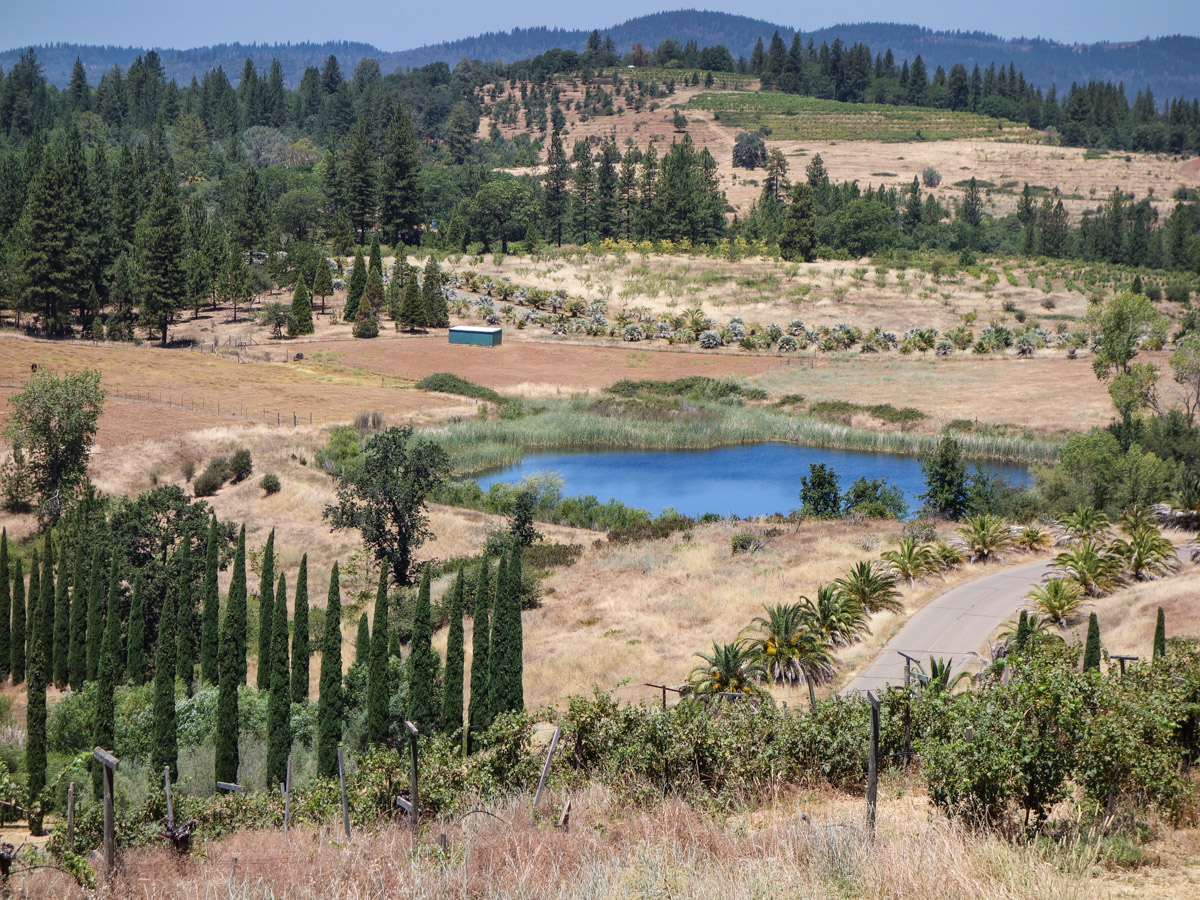 To say that the economy of California’s Yuba County peaked during the Gold Rush and has been in slow decline ever since would not be much of an exaggeration. This sparsely populated area of the state has been among California’s poorest regions for decades. Yet seemingly out of the blue in 1985, it became home to one of the very first few American Viticultural Areas (AVAs) in the country, and by then already housed the single largest vineyard in the entire state. The story of the North Yuba AVA sounds like something out of a satirical novel: a famous German winemaker who escaped the Nazis, his young American wife, a soul-searching Israeli artist, and a bona-fide religious cult that brought them all together.

In 1824, General Mariano Guadalupe Vallejo led a group of Mexican troops up a river valley in the craggy foothills of the northern Sierra Madre Mountains. Purportedly the expedition found wild grapes (uvas in Spanish) growing plentifully along the banks of the river, and therefore dubbed it Rio Uva. By 1850, when California joined the Union, the name of the river had been transliterated to Yuba, and the surrounding area took its name as Yuba County, little knowing that grapes would figure prominently in its future.