Warm Up: The Wachau 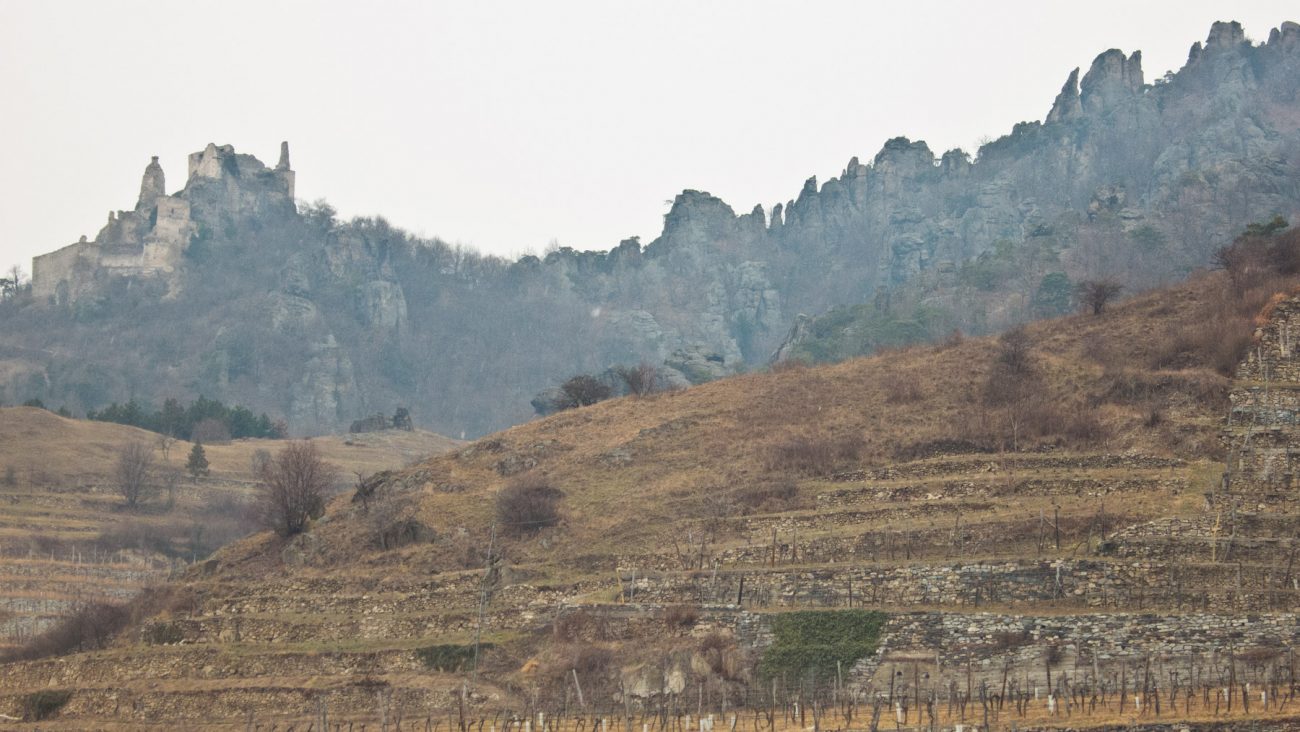 The ruins of the Dürnstein Castle.

Five to ten thousand years ago, grape vines first made their way up the Danube as they traveled with groups of people to northern parts of Europe. But during the height of the Roman Empire, Emperor Domitian banned grape growing north of the Alps to protect the Roman wine industry, and European winemaking cooled down. This decree was overturned in the year 280 by Marcus Aurelius Probus and the wine industry in now-Austria ramped up once again. In peacetime, Probus sent his troops north to help clear land for vineyards, including areas along the Danube. Though his decree ended up being great for the ensuing wine industry, in some historic accounts, Probus was killed in a vineyard by angry soldiers who thought their new position as civilian laborers was an unfit appropriation of their skills.

Probus wasn’t the only famous leader who had trouble among the Danube vines. Richard the Lionheart didn’t have such a great time there either. Leopold V, Duke of Austria, suspected his cousin’s death was a result of a planned hit by Richard. Also, during the Crusades, Leopold had been deeply offended when he claimed a title equal to Richard’s, but instead of accepting, Richard had Leopold’s flag torn down from the ramparts of the captured castle in Acre. Later, when Richard made his way back to England, he tried to pass through Leopold’s territory, but Leopold had him captured in Vienna, then imprisoned along the Danube, in what is today the Wachau, at Dürnstein castle. Richard was later moved and released for a large sum of money. And you wonder: did his Dürnstein cell have a window? Could he see vines outside? Was he given local wine to drink? 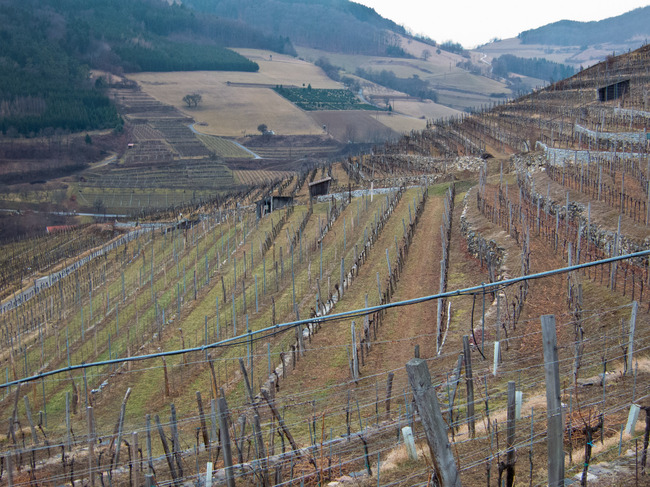 Today, though you can still see the Dürnstein ruins, the Wachau is known for stunning rieslings and grüner veltliners. The soils are varied and range from sand and gravel along the Danube banks, to loess a little further up, and exposed rock even higher up on the terraced hillsides along the river. Usually, grüner veltliner is planted on the lower banks in the loess, while riesling is planted on the higher, rockier sites.

The Danube winds through hillsides that, over the centuries, have been terraced with stone walls. Many of the walls are several hundred years old. The Danube River’s wide water surface moderates the day and nighttime temperatures, and the winding of the river helps to create little microclimates here and there. 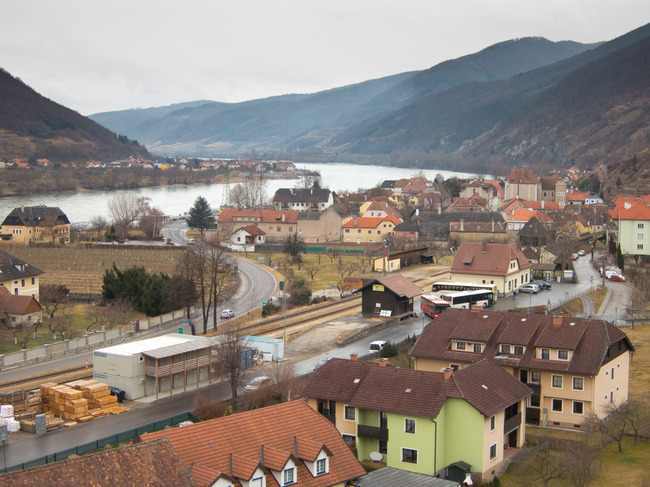 In the 1980’s, several growers in the Wachau teamed up to form the Vinea Wachau, in order to create some quality standards of their own. Basing their standards on alcohol content, they came up with Steinfeder, Federspiel, and Smaragd. Steinfeder wines are dry whites under 11.5% abv. Federspiel wines are dry whites 11.5%-12.5%, and Smaragd wines are above 12.5%. Smaragd means “emerald” and the wines are later harvest wines fermented through to dry. They tend to have great concentration and complexity.

Listen to this week’s interview with Leo Alzinger of Weingut Alzinger.