Warm Up: The Wines of Santorini 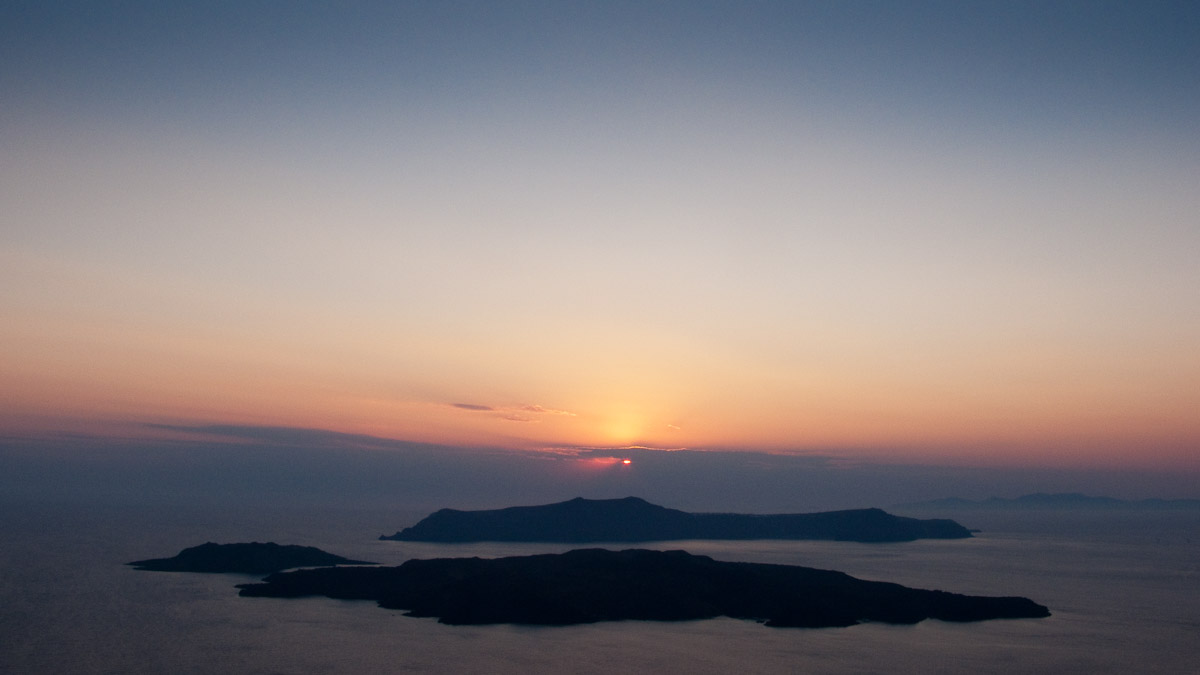 About 3,600 years ago, one of the worlds largest volcanic eruptions in the history of human civilization thundered in the Mediterranean Sea. More powerful than the Vesuvius eruption that destroyed Pompeii, and dwarfing Krakatoa, the explosion, known as the Minoan Eruption, threw ash far into Europe, affected tree growth in California, generated tsunamis that devastated neighboring islands, and changed the balance of power in the Mediterranean, most notably by marking the end of Minoan cultural domination.

Santorini had been a thriving port of trade, run by an advanced Minoan civilization that had three story homes, elaborate wall frescoes, indoor plumbing, and bustling marketplaces that sold goods from around the Mediterranean, including grain, oil, and wine. The pre-cursor to the explosion included some mini-eruptions and earthquakes that were enough to scare the city leaders into organizing an evacuation. They left in boats, and many archeologists believe that the boats most likely perished in the tsunamis that followed the eruption.

The Minoan city on Santorini, along with the rest of the land mass and even surrounding islands, became covered in a thick layer of pumice and ash. On Santorini, the layer is about 60 meters thick– a depth of about about two thirds the size of a football field. 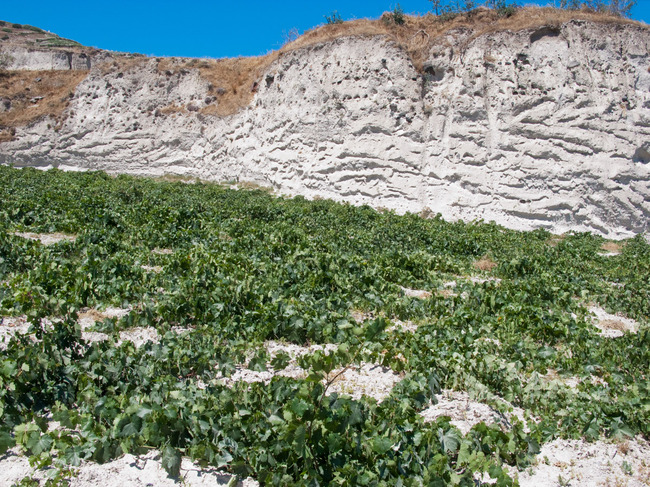 It’s this thick layer of volcanic pumice that makes wines from Santorini Island so unique. With very little organic matter, the roots of any plants that grow there must dig deep and struggle to find nutrients. Tomatoes, grapes, and other products grown on the island have an almost electric flavor to them due to the unique soil.

Assyrtiko is the most famous of the grapes grown on the island, and the white grape can produce wines with remarkable ageability. You won’t find much VSP on the island; instead, you’ll find a unique basket training system. The baskets keep the grapes low to the ground, and the bunches can be trained to grow while nestled within the basket walls. Each year, the new growth is wound around the basket to form another ring of growth, and many baskets reach 80 years to a century before being clipped at the base. After the basket is clipped, new shoots form the first ring of the next basket. The root systems for some of the plants are centuries old. 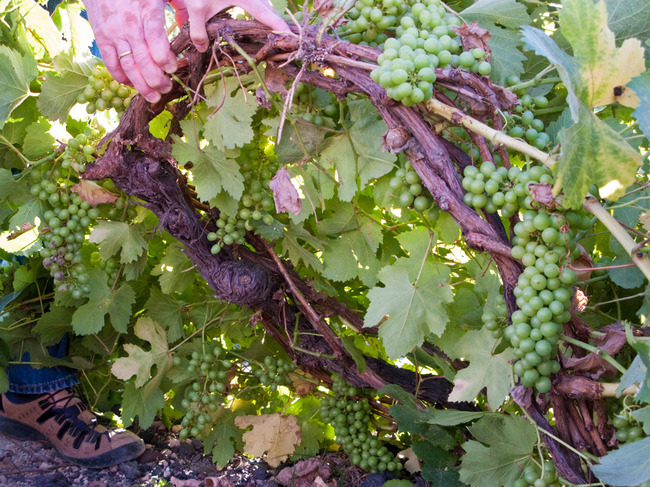 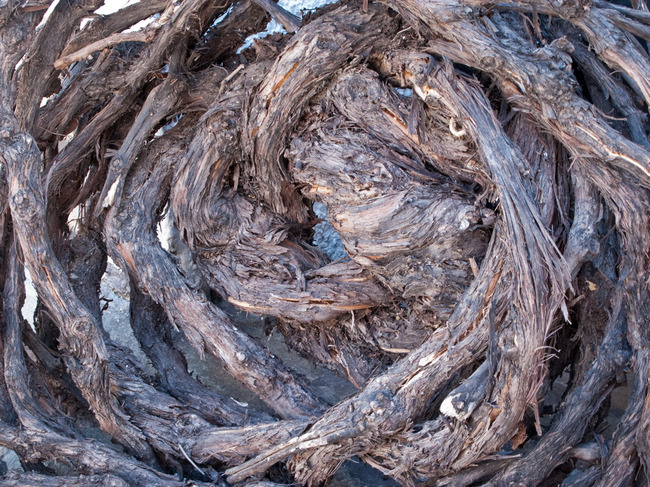 The basket system is functional in Santorini’s climate. It protects the bunches from the sometimes hurricane-force winds that may come up from Africa. These winds can rip across the island, destroying the leaves, flowers, and fruit. In 2012, several producers lost about 75% of their crop right at flowering due to such a wind.

Aside from the concentrated, electric, dry assyrtiko you can find, Santorini Island is also famous for vinsanto, a sweet wine that may age in barrels for decades, and is made from mostly the white varieties of assyrtiko and aïdani, which are likely indigenous to Santorini. The grapes dry in the sun to raisinate for a week or two before being pressed. Vinsanto has been produced on Santorini for many centuries; it was once a major part of Mediterranean trade, and was popular in European courts. Santorini vinsanto was — and probably still is in some cases– a breakfast drink that would give anyone laboring outside for the day a nice jolt of morning calories. It is seeing a resurgence in popularity today, especially internationally. 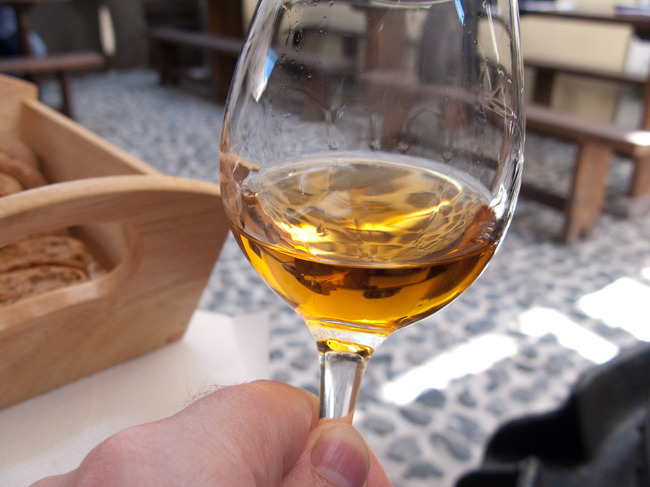 In the export market, you will mostly find dry assyrtiko and vinsanto from Santorini, but several other styles of wine abound on the volcano, including a night-harvested, off-dry nykteri, a slightly skin-fermented brusco, and mezzo, a drier form of something similar to vinsanto but made from red grapes. Also in the export market, you’ll mostly find 3-5 grape varieties dominating what is available, though approximately 30 grape varieties grow on the island. This is down from an estimated 100 varieties that grew around a century ago, and is mostly due to shrinking vineyards– there are about 1/3 the amount of vineyards today than there were one hundred years ago.

But despite an overall shift in the local economy from agriculture to tourism, a few passionate winemakers do beautiful work. Check out I’ll Drink To That, Episode 275, to hear more from one winemaker who is a part of Santorini’s vinsanto revival. 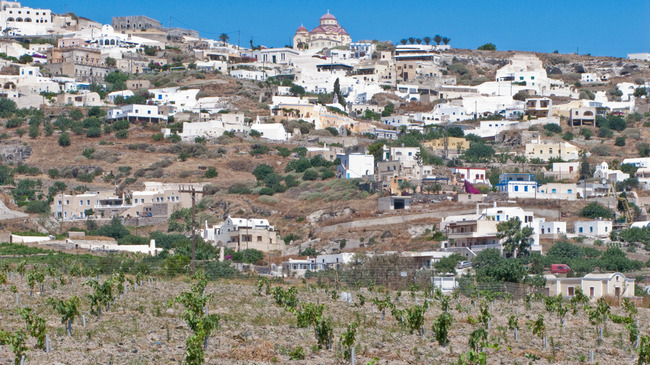