Small is Beautiful: The Champagnes of Savart 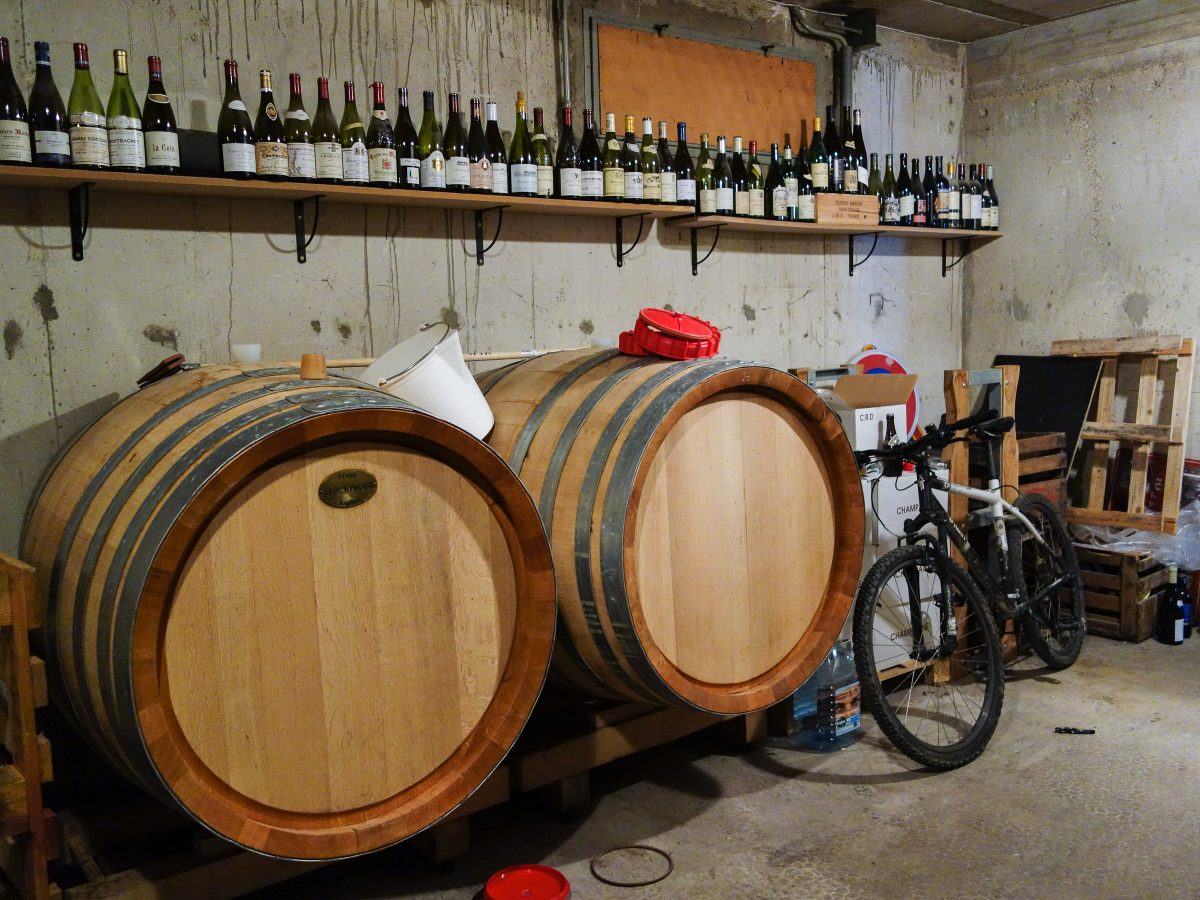 The famous designers Charles and Ray Eames, in the employ of the then young company named IBM, once created a groundbreaking piece of film suggesting the relative scale of the universe in “Powers of Ten”. It begins with footage of a picnic and zooms out to a galactic scale before zooming back in to an atomic level. This 10 minutes of film put in perspective some truths about our universe that were all but impossible to grasp in the abstraction of numbers or words.

The same might be said for the Champagnes of young Frederic “Fred” Savart. If you made a film exploring the scale of Champagne, Savart would represent the farthest extent of zoom into the details of terroir. Farming a minuscule 4 hectares (10 acres) of vines in and around the equally minuscule village of Ecueil on the slopes of the Montagne-de-Reims, Champagne Savart is a one-man operation in every sense of the word, and singularly focused on one postage-stamp-sized piece of Champagne.

My visit with Savart began with a tour Savart’s vineyards around the village of Ecueil, a trip that would have taken about four minutes had we not stopped to look at several of the plots. After the first two plots, it became simple to spot Savart’s plantings.

“I’m the only one with grass in the vineyards,” laughed Savart, shaking his head as he pointed out what he considered to be lifeless neighboring rows of vines. “There are thirty growers in this village,” he continued, “and only three of them like wine.”

Savart looked at me expectantly, making sure that I had understood both his imperfect English as well as his deeper import. 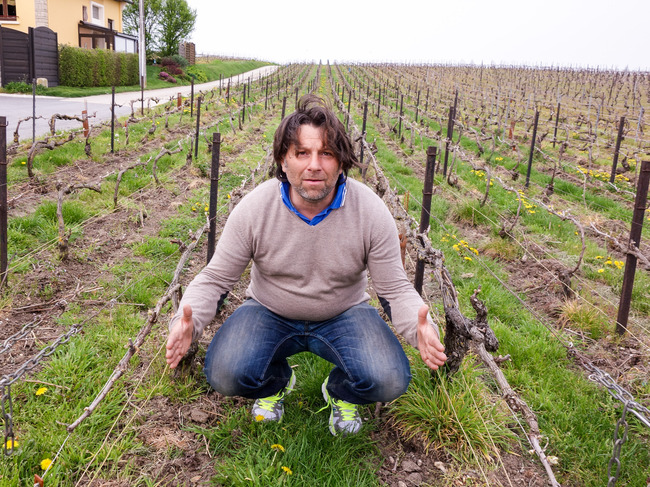 Stopping his car, and walking out to crouch between rows in one of his vineyards, he explained his sustainable and site-specific approach to farming. “I have three ways to farm,” he said, pausing briefly to brush his bangs out of his face. “Observation tells me which to use. For my grandfather’s old vineyards, it is always just grass under the vines. There are too many plants and they are too close together, so you cannot even use a tractor. With these vineyards we simply cut the grass. For the newest vineyards that have been recently planted, I use a tractor to fully work the soil. And for some others, I work only the soil under the vines.”

Domaine Daniel Savart takes its name from Savart’s father, who took over the tiny family estate from his own father some twenty-five years earlier. But the youngest Savart isn’t doing things the same way his father did. “When he was young, my father used to be able to dig in the vineyard for worms to go fishing,” Savart explained as we visited another plot. “But he never worked the soil in 20 years.” And by the time Savart took over, worms were hard to find. Not so anymore.

Savart immediately did away with herbicides and pesticides, and took a much more labor intensive approach to tending to the Pinot Noir vines that grow on the fine clay of Ecueil, including ensuring that any planting he did was with a selection massale of cuttings from his grandfather’s oldest plots. 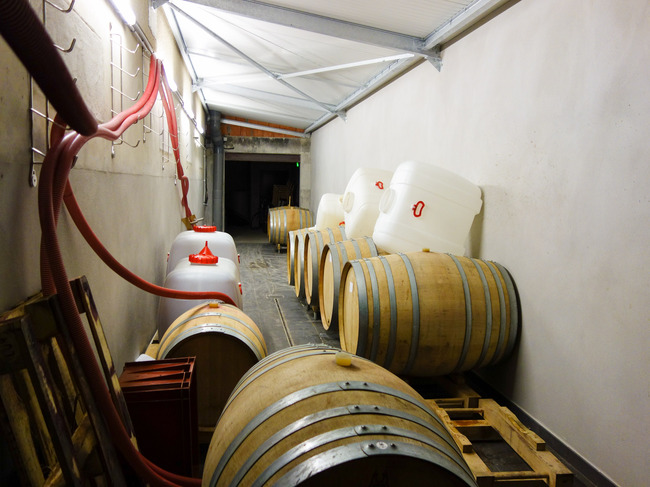 In the cellar, which we accessed by way of the garage, Savart explained more of his approach to winemaking, which includes a fairly un-Champagne-like desire to have his wines be of the place they were grown. This interest in terror has even extended to the commissioning of barrels made from the closest forest to Ecueil. The grapes come into the winery and are pressed into barrels that are mostly new.

Savart is also particular about malolactic fermentation, choosing to keep most of his wines from going through it in order to preserve the electric acidity that has become something of a hallmark for his wines. For this reason he also declines to practice battonage.

We had come into the cellar to taste vin clair, the angular still wine that Savart matures for 10 months in barrels before being bottled with the yeast and sugar that creates the bubbly second fermentation. The most thrilling of these wines proved to be the 2014 “L’Annee” for which Savart co-ferments almost equal parts Pinot Noir and Chardonnay, a practice almost unheard of in Champagne.

“One year I had only a small amount of Chardonnay,” explained Savart, “and so I decided to add Pinot Noir to fill the press, and fill my barrels. My father and neighbors thought I was crazy, but then they tasted it.”

My tasting notes from that barrel have the phrase “citrus craziness” circled several times, along with various adjectives that testify to the sappy, sour and tangy quality that seems a hallmark of Savart’s wines. Us wine geeks tend to use the word “vinous” to describe this acid driven quality in a wine, though not everyone finds it appealing. Savart’s wines have a depth that keeps their angularity from becoming shrill. His Champagnes are rich chords instead of solitary, tinkling high notes. Indeed, tasting Savart’s vin clair, some might be hard pressed to guess the wines were going to end up as Champagne, so much do they offer a Burgundy-inflected satisfaction.

But bubbles will come, and for the “L’Annee” again, in a less than common way. Most champagnes are bottled for their sparkling fermentation under a crown cap — easy to apply, and easy to remove before the final cork, so much so that it is almost always done by machine these days.

Savart chooses to have his top wines spend their tirage under a cork, a much more laborious and expensive process that only a very few winemakers in Champagne still practice.

Despite his driven, artisanal approach to every part of his production, the amount of time that Savart’s Champagnes spend aging on their lees is relatively short. “A longer tirage is impossible for me,” he said in response to my question about it. “Everyone wants wine, and soon. It’s very difficult.”

But he rubbed his stubbled chin and went on with a smile, “but I am reflecting, and I am thinking of a negociant in the village It may be possible to get some more grapes and to age longer.” 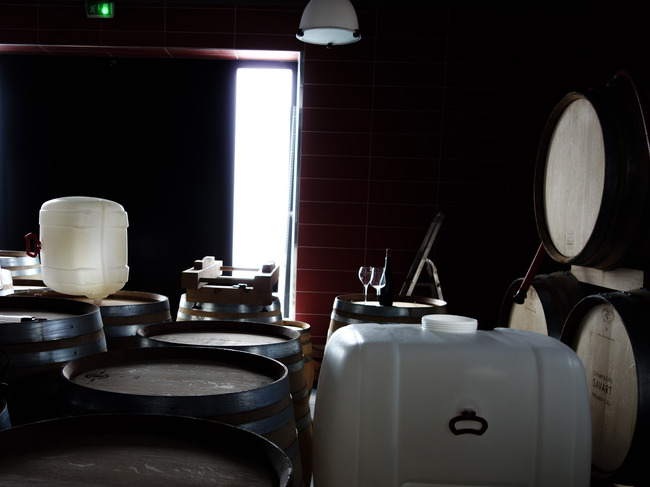 As we sat in the little room off his garage that could never pass as a tasting room, Savart offered, “In my life only two dreams did not pan out: Pingus and Harlan,” again, looking at me expectantly to ensure I understood.

“Many people now plant these clones,” he had explained earlier in the day, “the clones of Big Pinot.” Such things seem anathema to the vision of Fred Savart, a vision that I will admit I have not yet fully understood, thanks largely to the paucity of my French. But if I am not capable of apprehending them in conversation with him, I am more than satisfied with the understanding that comes when a bottle is opened.

There is a reason that Savart’s wines have become the darlings of sommeliers and wine geeks everywhere, and it’s not just their 2,500-cases-per-year scarcity. They have a combination of vibrancy and flavor that are incredibly compelling. But more than that they display a fierce individuality that makes no apologies for itself, and it is this quality that sings in every glass.

NV Savart “L’Ouverture” Premier Cru Brut Blanc de Noirs, Champagne, France
Pale gold in the glass with very fine bubbles, this wine smells of green apples and unripe pears underlaid with notes of wet chalkboard. In the mouth, bright crushed stone and wet chalkboard minerality has a lean chalky edge and bright citrus pith tang to it as it floats on a soft mousse. Still quite young but very vinous and mouthwatering. 7 g/l dosage. Based on 2012 vintage. 20% fermented in barrels and includes 50% reserve wine from the prior 2 vintages. Excellent. Score: between 9 and 9.5. Cost: $50. click to buy.

NV Savart “L’Accomplie” Premier Cru Brut Champagne Blend, Champagne, France
Pale gold in the glass with very fine bubbles, this wine smells of sweet white flowers and green apples. In the mouth, a soft mousse delivers gorgeous round floral sweetness of apple and grapefruit. Super juicy and tangy, with SweetTart mouthwatering sourness. Elegant, distinctive, and delicious. Based on 2012 vintage, made from the first pressings o 80% Pinot Noir and 20% Chardonnay. 15% of the wine ferments in steel, and 85% ferments in barrels. 5 g/l dosage. Contains roughly half each of 2012 and 2011 vintages. Score: around 9.5. Cost: $ click to buy.

2011 Savart “L’Annee” Premier Cru Extra Brut Champagne Blend, Champagne, France
Pale gold in the glass with extremely fine bubbles, this wine smells of wet stones, cut grass and white flowers — basically what you’d smell if you grabbed a handful of spring grass and wildflowers. In the mouth, a silky mousse delivers flavors of gorgeously earthy flavors of wet leaves and wet stones that lift into a stratospheric brightness of lemon and grapefruit and greengage plum. Phenomenal individuality and expression, with incredible balance and finesse. 2 g/l dosage. A blend of 40% Chardonnay and 60% Pinot Noir pressed and co-fermented together in 600 liter oak barrels made from local trees. Stunning. Score: between 9.5 and 10 . Cost: $80. click to buy.

2012 Savart “Bulle de Rosé” Premier Cru Brut Nature, Montagne de Reims, France
Palest salmon pink in the glass with extremely fine bubbles, this wine smells of wet leaves, hibiscus, and wet chalkboard. In the mouth, wet chalkboard, forest berries, and a wash of pink grapefruit sourness makes the mouth water as it floats on a fantastically plush cloud of mousse. Gorgeously bright and lean and juicy, this wine is near impossible to resist. Made of 20% Chardonnay, 6% Red Pinot Noir still wine, and the rest Pinot Noir. Zero dosage. Spectacular. Score: between 9.5 and 10 . Cost: $145 click to buy. 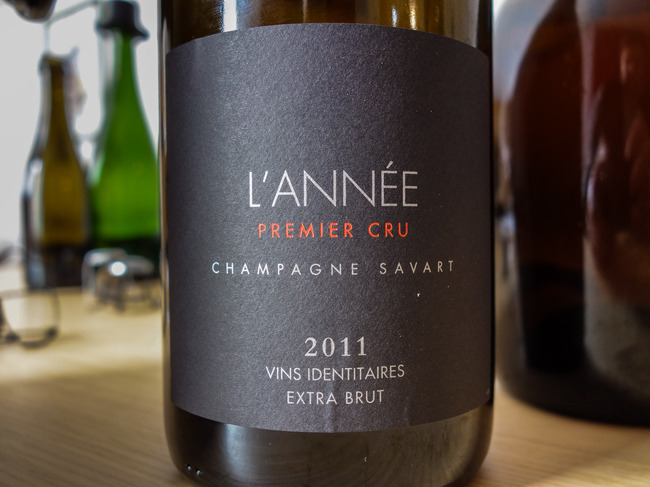