Rioja is one of those magical wine regions where, the more you scratch, the more interesting wines you unearth. Its history and culture is multifaceted and layered, and despite strict DOC laws, there are many ways of producing wine in Rioja that yield a wide spectrum of styles and variety.

As in many European wine areas, Phoenicians most likely made the first wine in Rioja. Later, Romans established wine as a major product in the area. By the 1200s Rioja wines were being exported. In the mid-1500s, quality regulations made it illegal to blend outside wine into Rioja wine, and Rioja wines had to be shipped in sealed bota bags stamped with an indicator of origin.

Around this time period, Rioja received a lot of foot traffic in the form of pilgrims who were on El Camino de Santiago to and from Galicia. The pilgrims would pass through Rioja and bring home with them a respect for the wines.

Rioja wine — in a form that resembles something we’d recognize today — dates to the late 1700s when Manuel Quintano began to age wine in large wooden barrels. Marques de Murrieta and Marques de Riscal were using oak in the mid 19th century, and the former was producing on a large level and exporting to colonies. Today, oak aging is written right into the DOC regulations, and it’s pretty much the status quo that your best grapes will go into the reserva or gran reserva, which, by regulation, receive the most amount of oak aging.

But back to the 1800s. Rioja became a source for wine in France when French vineyards suffered a series of blights in the 1800s. Then in 1880, the railroad came to Haro. Exports increased, more people came, and the region thrived. People needed Rioja wine as they struggled to replant vineyards in other countries that had been ravaged by phylloxera.

But as soon as French wine got back on its feet with American rootstock grafting, Rioja lost a major export market. As Colonialism began to crumble in a shift toward Nationalism, more export markets were lost. Then phylloxera hit Rioja and crippled the wine industry on-site. Then WWI, depression, WWII, and Civil War emaciated a once thriving wine community.

In the ’60s and ’70s, things got back on track, and a system that was once based on growers and buyers moved toward more of an estate system of grape production. Today you’ll find Rioja wines on wine lists all around the world, and they represent some of the greatest values. 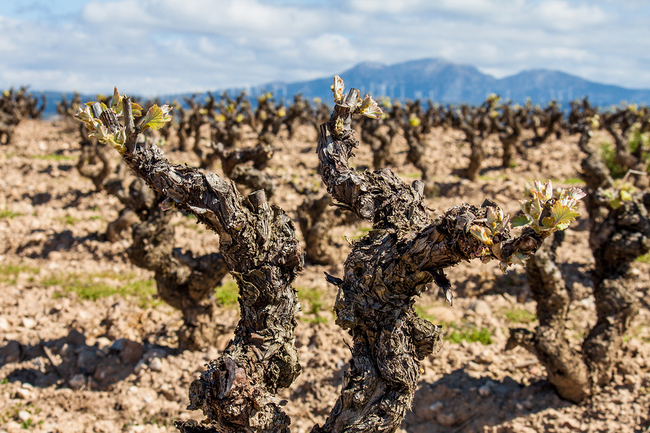 Rioja wines at times can stretch the curious wine mind by begging the question: Where is the locus of quality? A pervading assumption throughout the wine community is that quality revolves mostly and primarily around terroir. A few regions stretch what the concept of quality may revolve around. For instance, in Champagne you’ll find fine wines made from multi-sub-regional blends and multiple vintages. The lines of terroir with some Champagnes are blurred and we are asked to find quality in a slightly different place than the focused wine of a single vineyard in a single vintage. In Jerez, the distinct aromas of flor yeast or the intense scents of induced oxidation can overwhelm the nuances of terroir, and the wines seem to ask us to find quality elsewhere: in the distinct characteristics that come from unique styles of winemaking. In the Mosel, fractalized bottlings from different harvests of the same vineyard in the same year (for example, trying the same year/vineyard/producer of a Kabinett and Spätlese side-by-side) seem to ask us to find quality partly in the various balances of sugar and acid that different harvest times can produce.

Rioja wines can also stretch the possibilities of where quality lies. In some Rioja bodegas you will find the most interesting cellar conditions where a delicate balance of penicillin mold and spiders may be used to regulate cellar temperature and humidity. The cellar aromas can easily manifest in the wine, and you are left with the notion that perhaps a large portion of a wine’s quality traits can come from not just where the grapes are grown, but from the microbiology of where the wine is stored for long periods of time. Rioja can also challenge our notions of where quality lies by suggesting that perhaps quality may partly come from the transformation of even ordinary wine over decades of subtle aging in the bottle. The zealous use of oak, the bright acidity of tempranillo or viura, and tannin extraction can create a recipe that is perfect for long periods of aging. Even Rioja table wines that undergo decades of sleep in the bottle can transform into magical liquid experiences.

There are many bodegas in Rioja that have their own way of doing things, and bodega individuality can really be exciting when tasting Rioja wines from around the region, and from various levels of bottle age. When you really open your mind to experience the many different Riojas — red, white, orange, rosé, old oak, new oak, large barrels, small barrels, sterile cellars, penicillin cellars, different blends of graciano and mazuelo or 100% tempranillo bottlings — you can walk away from the region with more questions than answers, which, I think, lead to the region’s allure and mystique.

Coming up next, an interview with one of the more mysterious bodegas in Rioja, with unique wines that exude a fierce individuality…

Photos of Rioja courtesy of Bigstock.