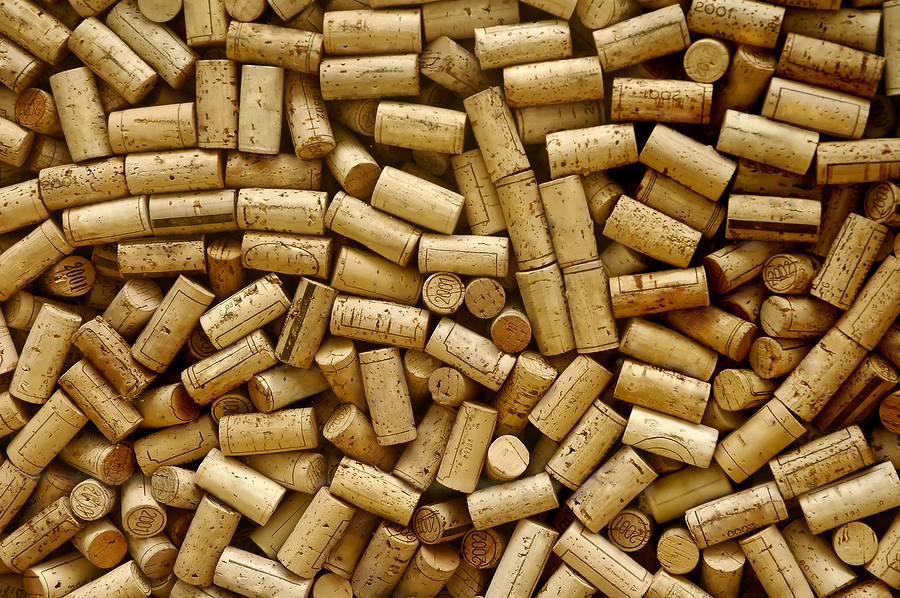 The making of wine has all sorts of philosophies, ideas and dogmas that different producers adhere to; and the packaging of wine is no less subject to differing opinions. The closures of wine vessels, in particular, have a history as varried and interesting as wine itself.

Ancient amphorae were sealed using a variety of different methods. Some amphorae found in Egypt were sealed using dried earth and linen. The dried earth could then be stamped with seals, depicting contents or origin. Linen, cloth, or string, could be tied around the handles, pressed into the mud, and covered with a seal to indicate that the contents had not been adultured from the origin point, much like how to today, Italian DOC strips can be found at bottle closures to symbolize provenance.

Some of the earliest cork evidence has been excavated in Campania, where a honey filled amphora, stopped with a cork, was found in a sealed chamber. About 2,500 years old, the vessel still had aromatic honey inside! Corks were being used in Athens and also by Etruscans, around 2,000 years ago to seal wine-filled amphorae, and they were probably being used even earlier.

Greeks and Romans sometimes used cork to seal amphorae. Sometimes cork covered with pitch, and sometimes just pitch itself was used to cover the opening. If the wine wasn’t traveling and would be consumed soon, often a layer of olive oil floated on top of the wine would be used to protect the wine from the air.

In Medieval times, wads of cloth or leather were popular, and sometimes cloth soaked in oil would be used.

Barrels changed the game a bit. When barrels became the modus operandi for shipping liquids around the world, many people would purchase wine by-the-barrel, then store the barrel in their home, tapping it to remove the liquid at their own pace. 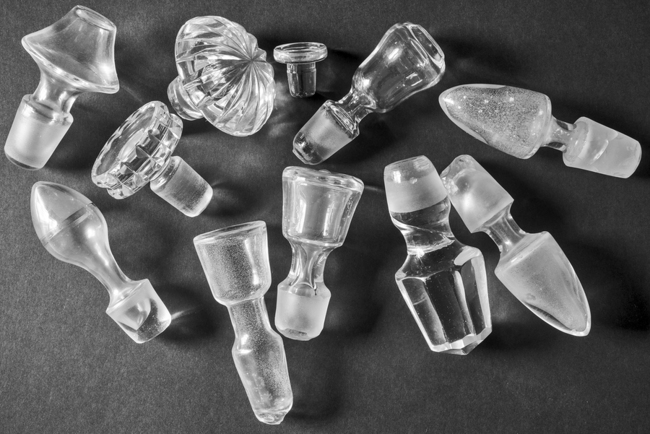 Corks on a grand scale became more useful when glass bottles hit the scene, in particularly, glass bottles from molds with opening diameters that were known in advance. The Industrial Revolution made it possible to pre-manufacture corks on a large scale for bottles of pre-set sizes. An early patent for a bottle producing machine was granted in 1821. But even earlier than this, glass stoppels were recommended in a cider treatise dating to c1678, and the author also wrote of the spoilage problems you can have with corks, thus explaining his glass stoppel endorsement. The glass stoppels, however, were difficult to remove without breaking the bottle, and they fell out of fashion. But with new advances in glass stopper technology, today were are seeing a bit of a glass stopper comeback.

More recently, experiments with alternate shipping, packaging, and closures has abounded in the wine world, especially from regions that are far away from the hotbeds of natural cork sources. Australia and New Zealand, for instance, are just about as far away from the classic cork producing regions as you can get. And the farther from the source, the heavier the price to get the product, and often, the less of the best product there is available for you once the closer markets have bought up the best stuff. Bad batches of corks have caused many problems in Australia and New Zealand, to the point where producers there have been revolutionary in seeking out alternative closure methods. Many producers have started using bottle caps — like beer bottle caps — for both still and sparkling wines. 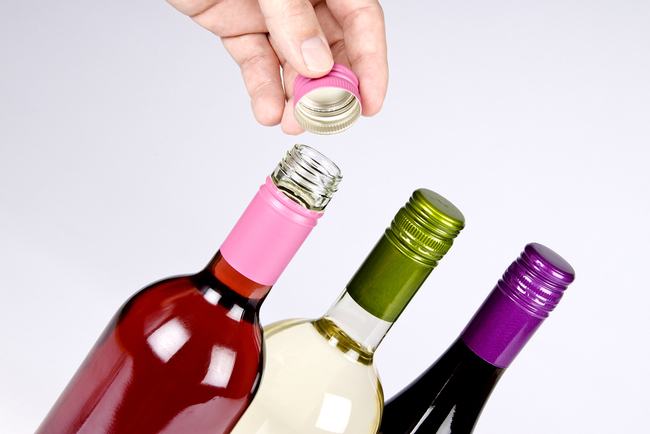 And of course, the screw cap has been influential, especially over the last fifteen years or so. The screw cap received a patent in the UK in 1889, and first saw some serious commercial success in the whisky business at White Horse Distillers. In 1964, Peter Wall from Yalumba Winery in Australia asked French company Le Bouchage Mécanique to help with an alternate enclosure. Soon, Stelcap wine closures used cork wadding, covered with a layer of paper, and they looked similar to today’s screwcaps. Later, Stelvin wine closures came on the market, which use a neutral plastic material at the top of the cap.

By 1973, Yalumba and a group of other Australian wineries were experimenting with Stelvin closures, and commercial bottlings produced with screw caps were released in 1977, and possibly in 1976. But by 1984, Yalumba went back to corks after negative customer feedback.

But the pendulum swung again, and by the late 1990s, several Aussie producers were going back to Stelvin closures, in particular for riesling bottlings. In 2000, several riesling producers in the Clare Valley teamed up and switched to bottling high-end riesling with screw cap closures. They used the slogan, ‘Riesling with a Twist,’ and their campaign met with great success. Grosset was a part of this group, and as one of the high-quality wine producers in Australia, Jeffrey Grosset has been a leader in the screw cap movement ever since. Keep listening to hear more about his story, and about his influences on wine and wine bottle closures….

Bibliography
Courtney, Sue. (2001-2004) The History and Revival of Screwcaps.

McGovern, Patrick. (2009) Uncorking the Past: The Quest for Wine, Beer, and Other Alcoholic Beverages. Berkeley: University of California Press.

Worlidge, John. (c1678) Vinetum Britannicum: or a Treatise on Cider and other Wines & Drinks Extracted from Fruits Growing in this Kingdom.

Photos of corks, screwcaps, and glass stoppers courtesy of Bigstock.