A Look at 2014 Napa Cabernet: Tasting at Premiere Napa Valley 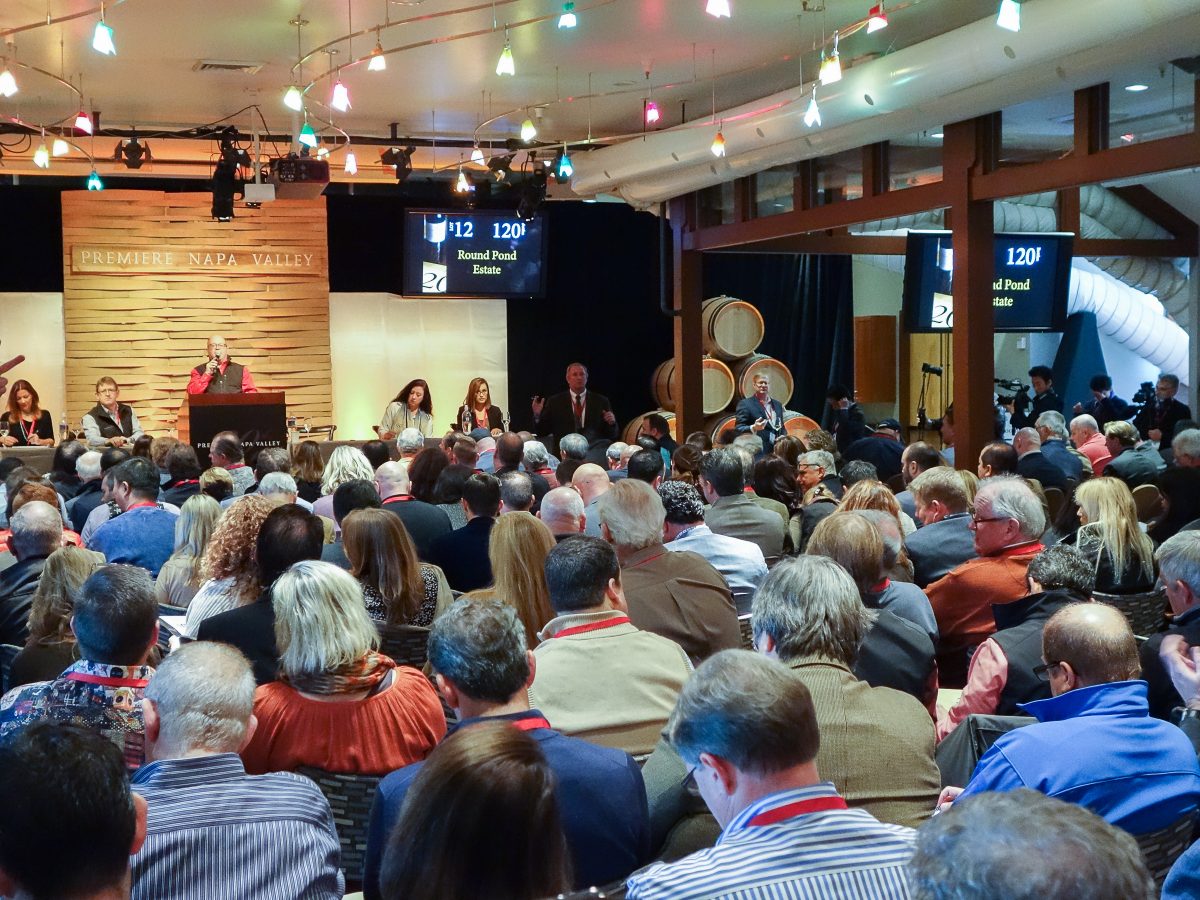 Each year, the Napa Valley Vintners Association pulls out all the stops to host its annual fundraising event known as Premiere Napa Valley. Not to be confused with its star-studded charity auction in the spring (known as Auction Napa Valley), Premiere Napa Valley is a more focused event. It is a barrel tasting and auction, in which the wines on offer are all unique creations made specifically and only for this event, offering purchasers the opportunity to own an incredibly rare wine that often represents the very pinnacle of the winemaker’s efforts in that vintage. All the invited bidders are ostensibly in the wine trade (retailers, distributors, etc.), while other attendees include the media and winery staff. The proceeds from the auction of 225 unique lots of wine go to help fund the Vintners Association itself.

The auction action at Premiere always serves as something of a barometer for California wine, measuring both the strength of the Napa brand in the marketplace, as well as the interest in the upper echelon of fine wine (many auction lots sell for well over $2000 per bottle).

Last Saturday, the Vintners raised $5 million dollars at the auction, which was down from the last couple years of auction totals which were $6.0 in 2015 and $5.9 million in 2014. I’m not entirely sure to what we should chalk up the reduction in proceeds, except perhaps a combination of some uncertainty about the economy and having to follow one of the greatest vintages in recent memory.

Each of the 225 auction lots usually represents something approximating the best possible wine that the winery can make in the vintage. Consequently, the wines offer a unique window into the pinnacle of quality for that particular vintage.

Every year, I attend Premiere with the goal of tasting as many of these wines as I can, in an effort to get a bead on the vintage as a whole in Napa.

In the case of last weekend’s event, the vintage in question was 2014, which, had it occurred a decade earlier would have been heralded as one of the best vintages in years. Coming on the heels of the spectacular 2013 vintage, it suffers slightly by comparison. The harvest was smaller than 2013, and featured a very hot summer, but, like 2013, Napa avoided inclement weather during harvest, and the quality of fruit brought in by most wineries was superb. 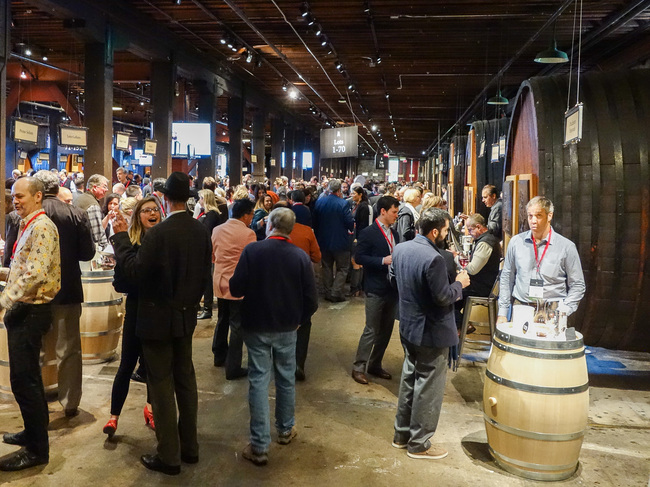 So what does the best of 2014 Napa Cabernet taste like? Juicy and very pretty. The most successful wines have great balance, excellent acidity, and their tannic structures are wonderfully fine and smooth. Some producers seemed to have trouble taming the tannins that might have resulted from the Summer’s heat, and a few clearly ended up with over-ripe fruit (to my palate) though whether that was by choice or by neglect there’s no way of knowing.

As in 2013, the wines also seemed to continue a trend of better integrated oak. Sure, there are still those that insist on smacking you over the head with a 2×4, but most wines managed to show some restraint (though it must be said that all these wines will spend another 8 months at least in their barrels). I chalk this up to a combination of the quality of the vintage’s fruit, which when well-balanced can handle more oak, and (dare I hope?) some increasing restraint by vintners backing away from their past excesses.

No matter where the truth lies, the 2014 wines are excellent, and to the extent that this sample is truly representative of the vintage, it is one that will make most wine lovers quite happy.

The event also often serves to introduce me to new producers with whom I was previously unfamiliar. This year did not disappoint in this department. There are now several new names to whom I will be paying close attention thanks to the quality of what I tasted last Saturday. In particular, I’m excited to learn more about Vice Versa, Perliss Estate, Anthem, Galerie, and Kale.

Here are my tasting notes for everything I tasted. The notes in italics after each wine are my brief thoughts made on the spot while tasting. By tasting a bunch of wines on Friday afternoon, as well as during the Saturday main event, I was able to get through 224 of the 226 wines (the missing two wines were poured-out by the time I reached them). Note that anyone interested in getting ahold of the wines below can discover their availability through Premiere Napa Wines, a web site designed to connect successful bidders with consumers who may want to purchase the wines. 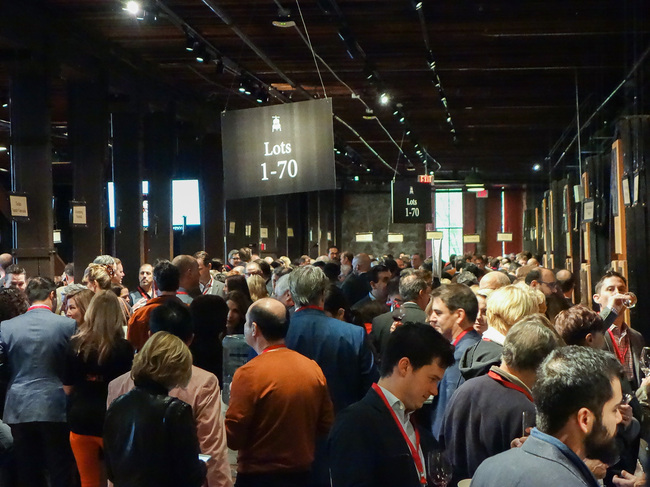 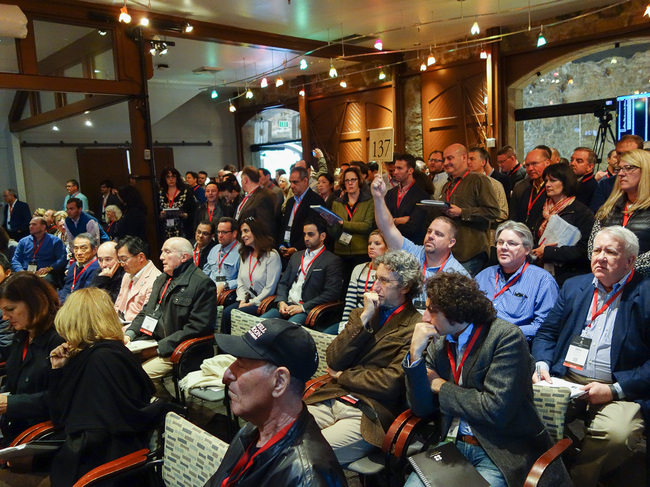