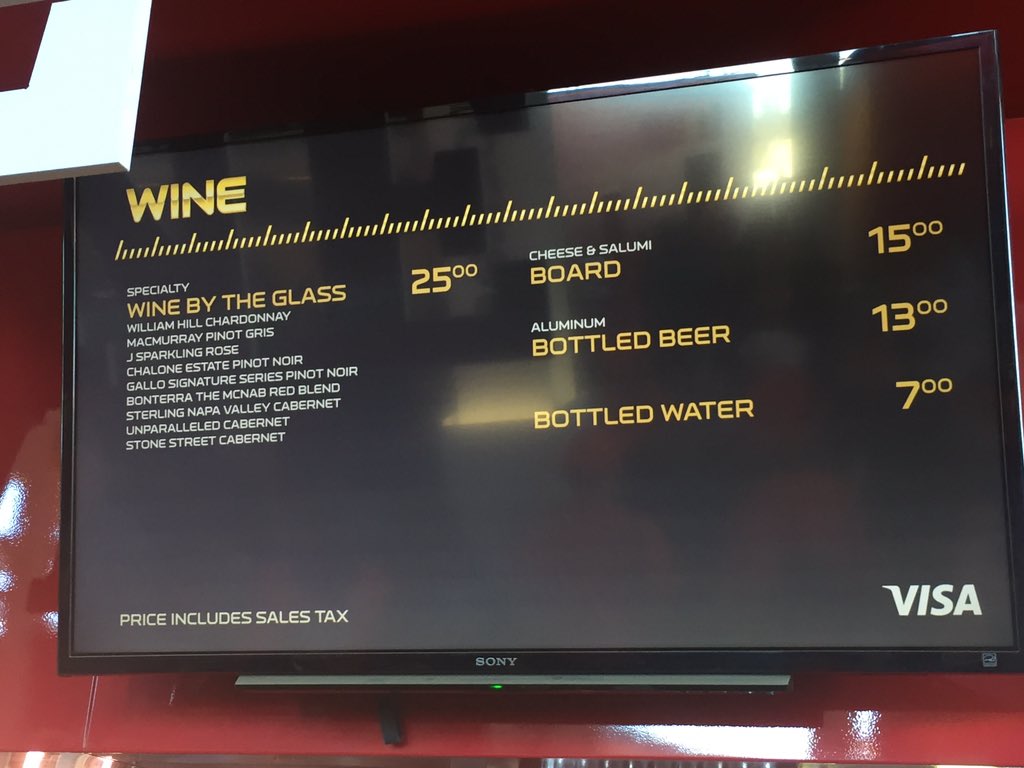 A week ago on Sunday 7 February 2016 something astonishing occurred in America. For the first time in its 50-year existence, the most quintessential of American sporting events featured a decent glass of wine. That’s right, if you happened to be lucky enough to get your hands on a $1,000 ticket to Super Bowl 50, you also had the opportunity to buy a glass of fairly good Pinot Noir for $25 while you watched the Denver Broncos eke out a relatively unexciting win against the Carolina Panthers in the championship game of American football.

The British Guardian newspaper covers the events of America’s National Football League in some depth, so I’d expect most sports-interested UK citizens to understand the significance of the Super Bowl, if not the mechanics of the sport itself. And with British band Coldplay as the headliner for the half-time show, perhaps some Brits even watched the game. But for those less familiar with the event, here’s a quick primer.

Thirty-two teams compete in America’s National Football league during an annual 17-week-long season. The end of the season is marked by a championship game known as the Super Bowl in which the two top teams compete for the title of National Champion in a four-hour television extravaganza watched by most of America while consuming large quantities of food and drink. This year’s contest was held at Levi’s Stadium in Santa Clara, California, 50 miles south of the hosting city of San Francisco.

Levi’s Stadium is one of America’s newest sports venues, and one of the few to have a full-fledged wine bar inside. Fans at Levi’s Stadium in Santa Clara were able to order, among other things, a glass of sparkling rosé from J Vineyards and Winery (a tasty traditional-method fizz made from estate vineyards in Sonoma’s Russian River Valley AVA). Above is the full wine menu at Levi’s Stadium, as shot by Jim Wyatt (@jwyattsports).