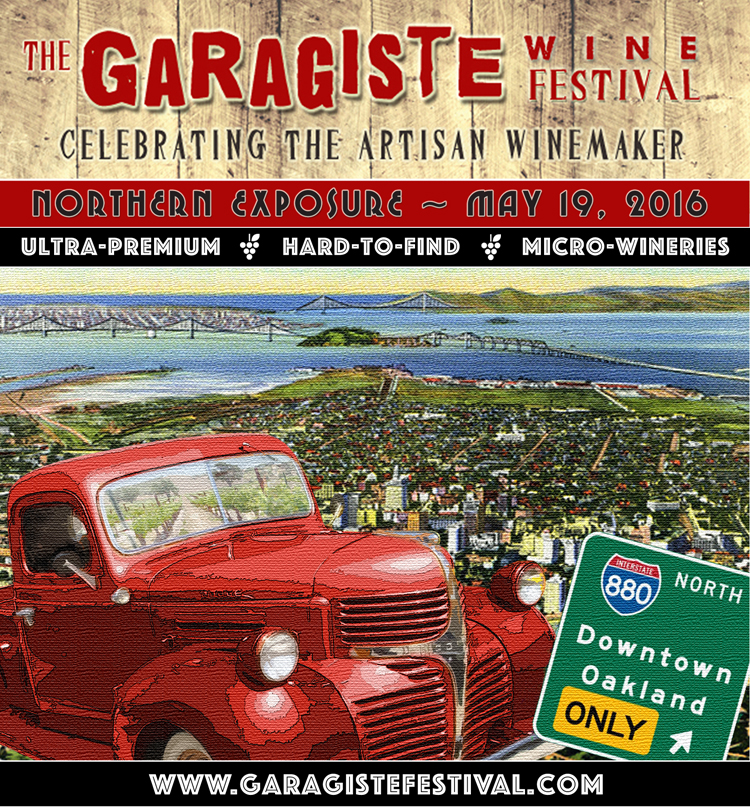 Both types of wineries can be found at the annual Garagiste Festival, which offers a remarkable opportunity for discovery. Curious wine lovers can come across tiny producers that they’d never discover on their own, simply because when you make 1000 cases of wine a year, your marketing budgets and sales channels don’t get you exposure to many people.

The Garagiste Festival was started in 2011 by Stewart McLennan and Doug Minnick, two small winemakers looking for a way to get exposure for their winemaking projects. Normally held in Paso Robles, the Garagiste Festival has become successful enough to take its show on the road, so to speak, and for the first time, it is being held in the Bay Area.

What the festival offers is simple: a wine tasting event where a) every table is a winery producing less than 1500 cases of wine per year and b) the winemaker is the one standing behind the table. In a world where finding the obscure artisan producer before everyone else does has enormous cachet, this would definitely be the hipster wine event to end them all.

But you don’t need to be a hipster to appreciate tiny wineries. You just need to love artisan wine. And who doesn’t?

This year’s Bay Area appearance will happen as something of a sideline event to the much larger Craft Beverage Expo in Oakland. So once you’ve had your fill of wine, you can wander next door and wet your whistle with something else!

Tickets cost $75 are on sale now at the event’s web site, and Early Bird pricing (10% discount) is in effect until April 29th. There’s plenty of parking around the Marriott in Oakland, but even better, the 12th Street BART station is nearby. Don’t drive if you plan on drinking. My usual tips for such public tastings apply: wear dark clothes, go with food in your belly, drink lots of water, and spit if you want to enjoy yourself AND learn something.