Warm Up: The Soils of Alsace 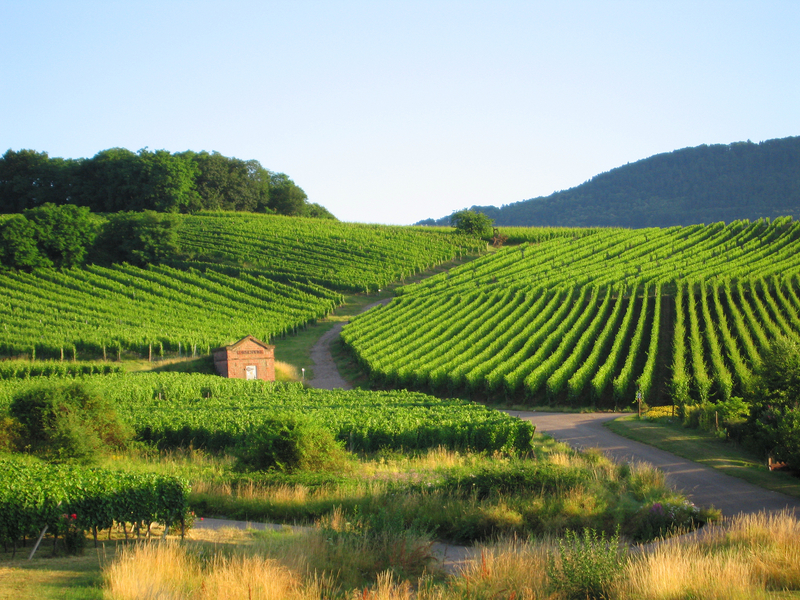 Alsace is one of the world’s unique wine regions, and its uniqueness begins with its soil. As a land between two faults, many of the vineyards sit between the Vosges Fault and the Rhine Fault. Intense geologic activity that shook things up about 45 million years ago, around the same time the Alps formed. This crust movement that affected much of what is now-Europe exposed all sorts of different soils from different periods. Staring at a geologic map is sort of like seeing pictures from various different points in the earth’s history. Alsace soils are a mosaic of different soils and eras.

The hodgepodge of soil types here has made Alsace a region of diverse sub-economies throughout the ages. Forests grow on sandstone and — as a source of wild game — they have helped drive cuisine in the region. Quarried sandstone was used to build many a cathedral and citadel. Hops and fruits grow nicely on the loess soils, and grapes, of course, find a home in many different types of soils such as granite, shale, schist, alluvial fans, and volcanic soils. The wine scene exists within a richly textured cultural landscape where the synergy of local vegetables, meats, and wines make for exciting cuisine.

These days, the multitude of soil types need a multitude of grape varieties suited to them, and so in Alsace you find that the AOC regulations allow for many different grape varieties. More and more, producers are listing or alluding to the soil types on which their wines are grown, and we’re also seeing an increase in red Alsatian Pinot Noir bottlings.

Wine has been growing here for over 2,000 years, but Alsatian wines really took off after the devastating Thirty Years War, which ended in 1648. This war drastically decreased the population. Swiss families moved in to fill the void and many started growing wine. Today, a core group of historic wine-making families come from this resettlement.

Keep listening to hear from one winemaker whose family traces their history back to the Thirty Years War, and who continues to explore the many facets of Alsatian soil types.

Bibliography
Wilson, James E. Terroir: The Role of Geology, Climate, and Culture in the Making of French Wines

Image of Alsace courtesy of Dreamstime.