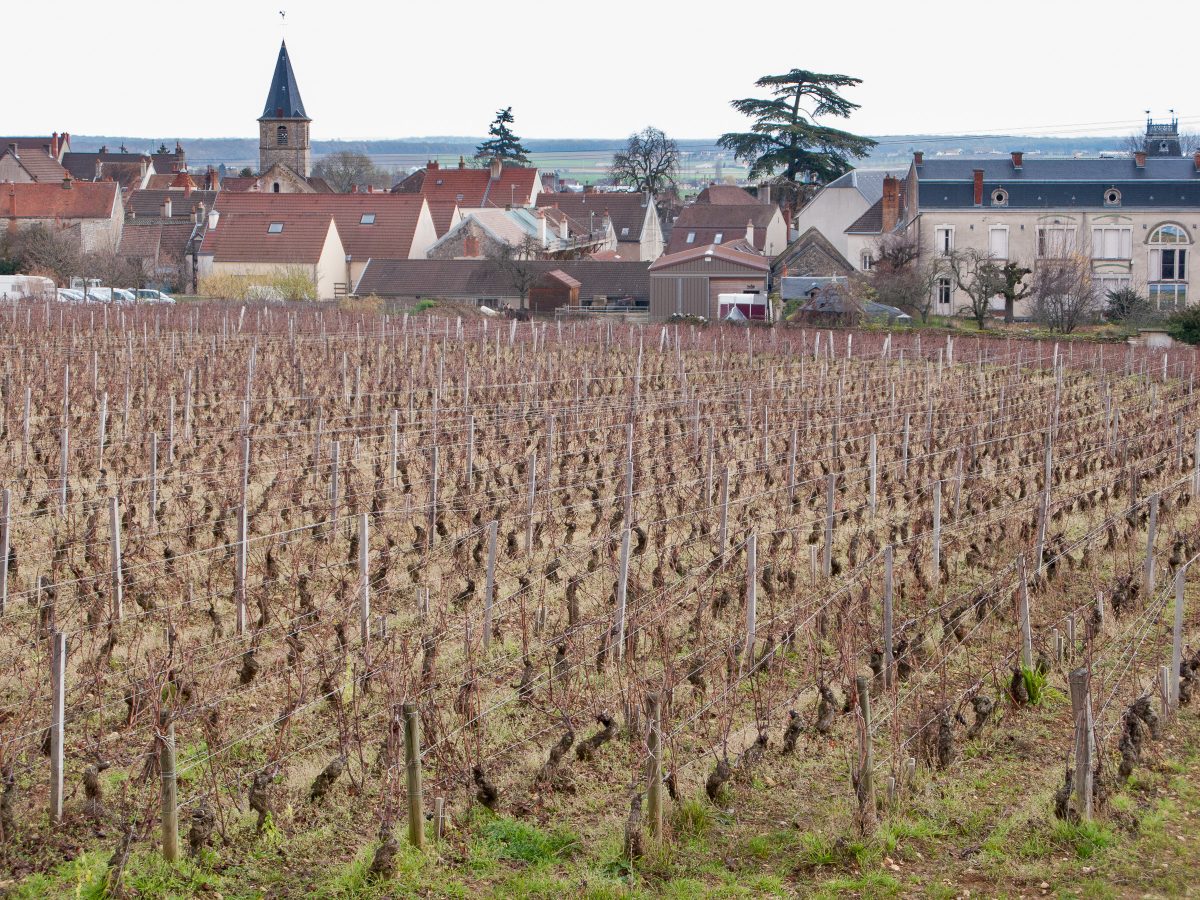 For centuries, Vosne-Romanée was simply “Vosne” in various spellings and permutations. Its famous vineyard, Romanée, was not appended until more recently in 1866.

The word Vosne was formerly Vaona, and this name can be traced back to a Gaillic word: either wadana, which means water, or vidumos, which means forest; and certainly, Vosne-Romanée is a forest… of vines.

Romanée came to be the name of a vineyard when Ceasar drafted Gauls from Vaona (now Vosne), and later gifted them vineyards in return for their army service. One of the gifted vineyards was named after Rome.

In more recent history, the area experienced about two centuries of hardships, starting with the Austrian occupation of Vosne in 1814 and 1815. The region suffered again in 1870 during the Franco-Prussian War, and still again later with phylloxera, two World Wars, and a global recession.

The Les Richebourg climat was Church owned by the Cistercian Abbey of Citeaux before the French Revolution, and in 1791 the Abbey sold the Les Richebourg to a lucky man named Jean Focard (he also bought the Clos de Vougeot!).

Despite their differences, in 1924 the vineyards were joined together under the name Richebourg, bringing the Richebourg vineyard to a total of just over 8 hectares, and today several producers bottle together the wine from their holdings in both climats.

Soon after, in 1936, Richebourg was named a Grand Cru AOC — it was one of the first AOCs. Today, the Richebourg vineyard is flanked on two sides by La Romanée, La Romanée Conti Vineyard, and La Romanée Saint-Vivant vineyard, with Premier Cru vineyards on the other sides.

After about two centuries of troubling times due to wars, pests and recessions, in the mid-1900s this vineyard experienced a sort of renaissance with the wines of Henri Jayer, who leased the Meo Camuzet plots for over four decades.

Keep listening to hear more from one producer who works with about .35 hectares of Richebourg…