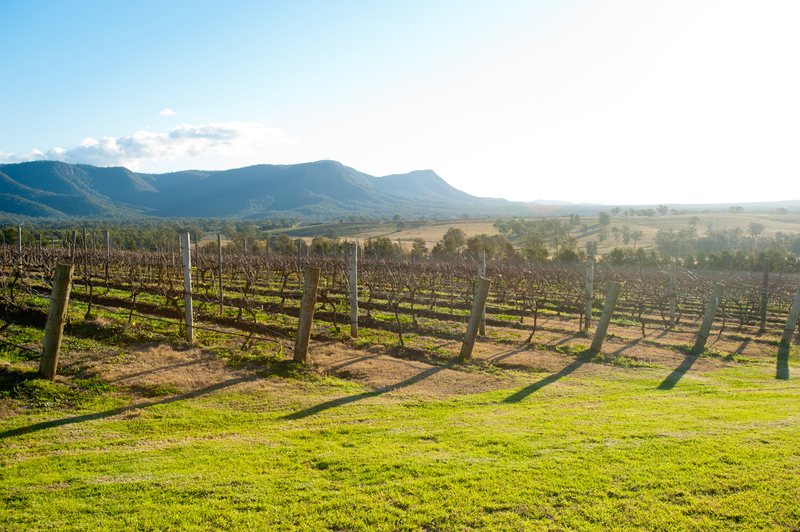 Likely from Bordeaux, and possibly from Saint Émilion, Sémillon’s name may come from an old pronunciation of Saint Émilion. In France, Sémillon is usually blended with Sauvignon Blanc to make Bordeaux Blanc. When grown in the right climate, its thin skins are fairly prone to botrytis, and if late harvested with botrytis it can transform into excellent dessert wines in Sauternes and Montbazillac.

Like many iconic French varieties, Sémillon has spread throughout the world, and in the diaspora you’ll find strongholds in South Africa, Chile, and Australia.

If you focus in on New South Wales in Australia, particularly in Riverina and Hunter Valley, you’ll find an incredible wine culture that orbits around Semillon’s uniqueness. Like Bordeaux, here you will find dry Semillon and the botrytis-sweet variety.

On the sweet side, deBortoli has been making bortytis Semillon since 1982.

On the drier side, you’ll find some different styles: there are crisp, young wines with zesty citrus, meant to be a counterpoint alternative to the ocean of Aussie Sauvignon Blanc. And you’ll also find some dense wines with intense concentration that are released on the later side. Hunter Valley is famous for serious and powerful aged Semillon, and such wines can be pretty magical at the table with food. You’ll usually see them with about 15 years of age on them, but they can last much longer. These wines are really one of the great treasures of the wine world.

Semillon’s history in the Hunter Valley dates back at least to the mid-1800s where it was known as Hunter River Riesling. Grape vines have been in the area since at least 1823, when 20 acres of vineyards were reported, and that acreage rose to 500 over the next 17 years, in what was an early renaissance of wines in the area. Today, almost two centuries later, we see another renaissance as Hunter Valley’s identity focuses in on high-quality Semillon.