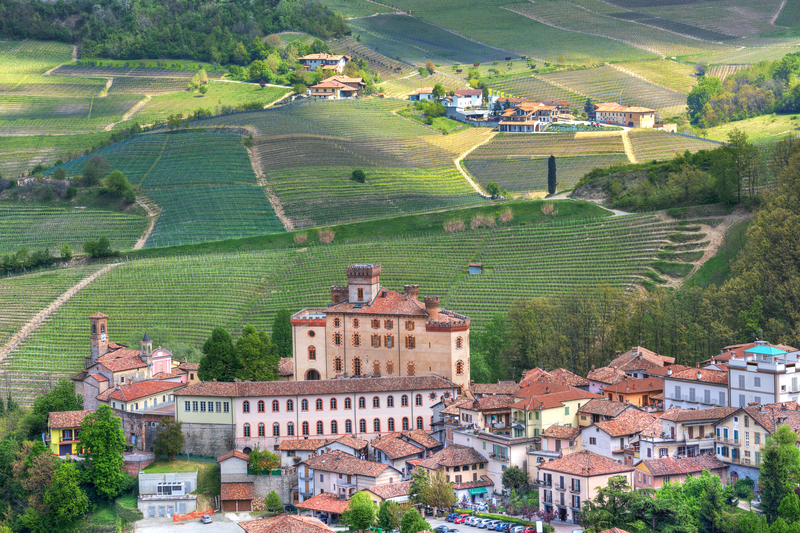 In the first half of the 1900s, producers in Barolo generally blended wines from different vineyards and bottled them together. In addition to the levels of complexity that you’d get from the subtle differences in ripeness from different microclimates, the blending of wines from sandstone and limestone marl could yield a full, complex wine. You could also get other layers of complexity from the blending of younger and older vines.

In the early 1960s a push to bottle single vineyards ignited a new way of thinking about the region. As the 1960s progressed, oak regimens changed and added still more possible layers to the equation.

Before the single-vineyard movement, grapes from the so-called “best” sites commanded higher prices — but this information didn’t always get to the consumer, who was left to rely on the established reputations of the producer. Since the move toward single vineyard bottlings (a practice that not everyone participates in) it has become possible for consumers to consciously taste through different vineyards and start to hone in on their personal favorite sites.

As important vineyard sites are mapped in greater and greater detail, it becomes possible to put forth qualitative maps. As with anything qualitative, personal preference drives many of the maps in existence. Still, as you check out the maps that Barolo lovers have put together of their favorite sites, you can really get a much clearer picture of where the good stuff is coming from, more so than ever before. Maps put together by consumers of the wine, as opposed to a local governing board intent on promoting the wines, can give you a very raw idea of what is going on.

However, just as useful vineyard rankings appear and everything starts to fall into place, the entire system is agitated by global climate change.

The great vineyards deliver in the cooler and even in the temperate years. But particularly in a hot year, a cooler vineyard site may outperform a classically great vineyard. This kind of climate influence has been evident since at least the 1990s, and it really makes having an understanding of vintage and site vital to buying Barolo.

In Bordeaux, you can hedge your bets with different grape varieties and blending of varieties to deal with off vintages. In Barolo, vineyard holdings with different microclimates could be the key to successful blending despite the vintage.

The prevalence of single vineyard bottlings has unveiled a new Barolo — one of endless terroir-driven subtleties, and seemingly endless pockets of land to get to know. Interestingly, as Barolo looks into the specifics of vineyards, at the same time so many producers are also looking to the past to find answers in multi-vineyard blending. Perhaps the most meaningful appreciation of Barolo, from a winemaker’s perspective and from a consumers perspective, should rule out neither approach.