Warm Up: Scurvy, Vitamin C, and The Wine Trade 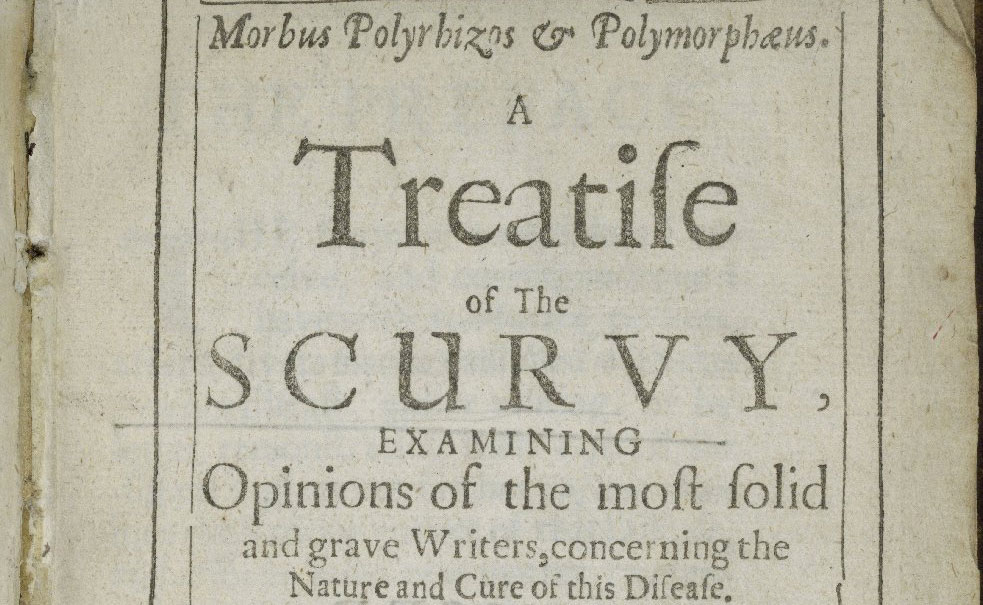 Well, before we get there, lets take it way back.

Early navigation got a great start in the Mediterranean Sea, and sea trade flourished for millennia. But even with great seafaring technology, the limits of the horizon plagued early sailors. They could hop around the Mediterranean, no problem. And even the time and distance of ventures into the Atlantic, they could handle that, too. But what couldn’t they deal with? The lack of a fresh food supply. Sure, you can live off dried or cooked meats and preserved foods, but if you don’t get enough vitamin C, you get… the scurvy.

Humans are susceptible to scurvy because of a mutant gene — something we humans, and just a few other animals, have learned to live with. It’s kind of crazy because the gene to make our own vitamin C is right there in our human genome, but it’s been deactivated by this pesky mutation. You see, Most animals and plants can make their own vitamin C. Their bodies produce ascorbic acid, and this is needed mainly for collagen formation which facilitates having normal blood, maintaining connective tissue, and bone strength.

There are just a few animals in the world that don’t make their own vitamin C: bats, guinea pigs, capybara, and us. This makes us and those giant rodents all susceptible to scurvy if we don’t get our fix.

When you get scurvy, first, you start acting a little bit strange. Then, a sudden pain hits your legs and your gums start to swell and hurt. Soon, your tongue puffs and grows sores, and your mucous membranes start to hemorrhage. Your cheeks sink in. Your teeth become loose and start to fall out. You become extremely tired and lethargic. our legs change colors, grow dark spots on them, and start to look like big bruises. If you get cut or wounded, your body has a difficult time healing the wound. Your eyes may turn yellow as you start to jaundice. It’s a miserable downward spiral that almost always led to a burial at sea.

During the three most intense centuries of the age of exploration, it’s possible that up to two million sailors died from scurvy. Early explorers would leave with hundreds of men on expeditions, and return with just a skeleton crew of a dozen or so due to scurvy.

The saddest thing about all this loss in that treating scurvy is easy — you just eat some vitamin C, and pretty soon the symptoms go away. But if you are in the middle of the ocean and vitamin C-rich food are months away, scurvy can be a death sentence.

Scurvy is also dangerous when you don’t know what causes it. It killed so many because people didn’t understand how to treat it. Most people thought it was a symptom of stale water. Some doctors believed it was a lack of still air that caused the problem. Citrus seemed to make a difference, but when people boiled citrus into travel-worthy cakes, it didn’t work, because they had unwittingly boiled out the vitamin C. This led some doctors to believe citrus wasn’t the answer, and put off finding the cure even longer. Fresh meat rich in vitamin C seemed to make a difference, and cultures who ate their meat on the raw side didn’t suffer as much. But on long journeys, preserved and salted meat lost it’s vitamin C content, leading some doctors were led to believe that meat wasn’t the answer.

What did seem to make a difference was taking breaks on land and eating fresh fruits and vegetables.

To keep sailors refreshed and healthy, seafaring peoples jumped at the opportunity to set up refreshing areas, or pit stops, that broke up long journeys for the sailors. These pit stops were necessary to keep them from getting too sick to function. A few islands that pop above water along the mid-Atlantic ridge in the middle of the Atlantic ocean were extremely useful for thwarting scurvy. Ascension, Saint Helena, and the Tristan Islands, all spread out remotely along the ridge, and they helped thwart scurvy. Islands like Madeira also played an important role in cross-Atlantic travel. 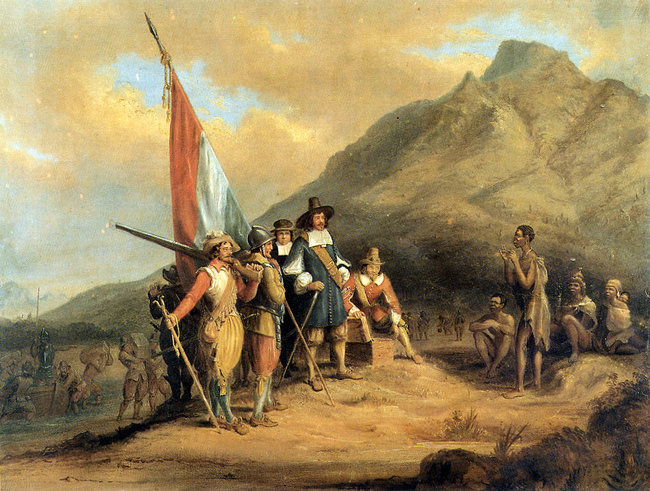 The Dutch needed one such rest area on their spice trade route to the indies. In 1652 they sent Jan van Riebeek to what is now Cape Town. His job was to set up a sustainable supply station where Dutch ships could take a break and resupply — a part of this job was to grow grapes and make wine. At this stopping point, sailors could stock up on fresh fruits and veggies to keep them healthy.

Once the link between citrus and scurvy was made, suddenly the daunting, life-threatening condition lost its choke-hold over navigation. Products like Rose’s Lime juice hit the market — portable doses of vitamin C that saved lives on long journeys. (Think about that next time you accidentally order a margarita at a dive bar!)

Though the navigational pit-stops became less vital as ships could sail faster, and sailors consciously maintained healthy vitamin C levels, the early dawn of South Africa’s wine industry traces its history to the spice trade, and partly to the need for sailors to resupply with fresh food to prevent scurvy. The story of scurvy makes you wonder….

If our vitamin C producing gene had never mutated, would humans have gone to sea and globalized the world long before the age of exploration?

If we had understood vitamins and known the real cause of scurvy, would we have needed rest stops so desperately, or would ships have been rather self sufficient for longer journeys?

If scurvy hadn’t held the navigation industry in its grip for so long, would Riebeek’s re-supply station in Cape Town have been so necessary, and would South Africa have the wine industry it has today?

This Warm Up accompanies the IDTT Interview with Abrie Beeslaar.