Warm Up: The Marche 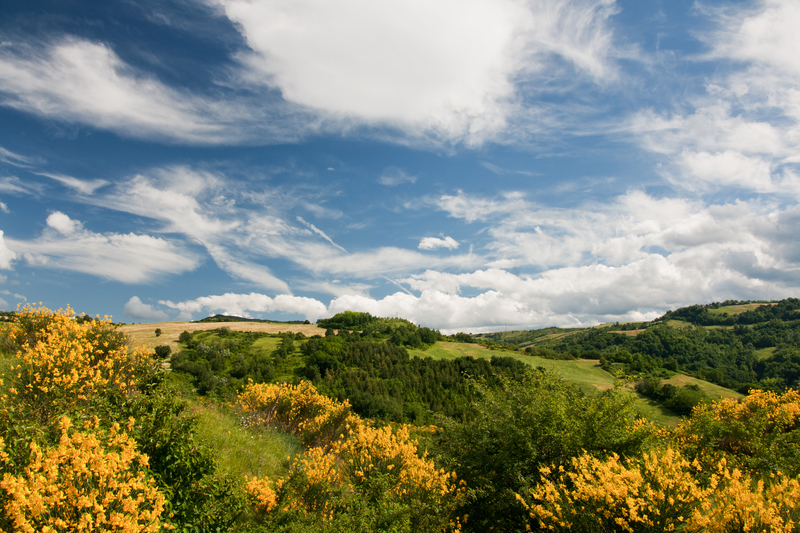 Italy’s Marche region has seemingly endless expanses of rolling, undulating hills that spill outward toward the ocean. There are two main climates; a Mediterranean climate in the south and a more continental climate in the north. The soils throughout the region are varied.

The Marche is flanked by Emilia Romagna in the north, Umbria in the west, and Abruzzo in the south. Small parts of the border are shared with Tuscany and Lazio.

Long-term political history here has been tumultuous, and over the millennia several peoples have called this place theirs: Picenis, Romans, Goths, Vandals, Ostrogoths, Lombards, Charlemagne, and the Papal States, until Italy’s unification in 1861.

The Marche has produced some pretty important people, too. Maria Montessori, the educator whose methods have worldwide influence, was born here. So was Raphael, the painter. One of the world’s greatest motorcycle racers, Valentino Rossi, was born here. And… Cesare Mondavi was born here, linking some of California’s wine history to this region.

Some of the early DOCs were marked in the late 1960s, and this has accelerated into the 2000s with further regional delineations.

The DOCs and DOCGs are based around a few distinct grapes. In the world of red, Montepulciano and Sangiovese are the most common, but there is also some Lacrima, and IGTs using other grapes have become popular.
When it comes to white, you’ll find Trebbiano, Malvasia, and though Pecorino and Passerina have made some impressive inroads, it’s Verdicchio that reigns supreme.

The reds tend to go well with the famous local porchetta and prosciutto. The whites pair with the coastal seafood, namely shellfish and crudo.

The Marche region is a unique place with a growing, diversifying economy. Here, you’ll find strong industries based on coastal seafood, shoes, leather goods, furniture, & tourism. You’ll also find a historically-rooted wine industry that is blossoming into a unique identity.

Keep listening to hear more from one producer who’s estate is as diversified as the economy.