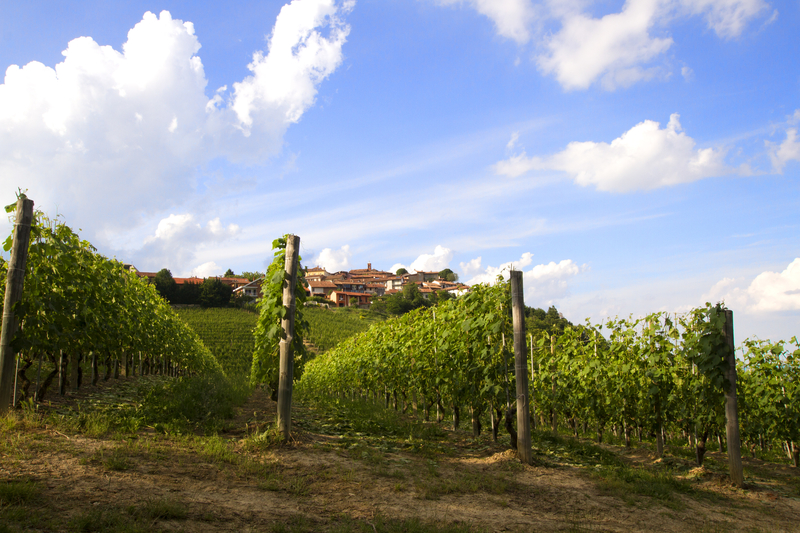 Tasting Pelaverga can help broaden a general approach to wine in the Piedmonte. Though Pelaverga has been grown in the region for centuries, and was even a popular table grape, its popularity dropped after the world wars, and in the mid 1900s it was sometimes given away as a gift between winemakers and their friends. Today it enjoys local Piedmonte popularity, particularly in Verduno, and growing interest in a global marketplace.

Compared with its more widely-planted counterparts, Pelaverga stands out in color, flavor, and structure. The wines are every so lightly red colored, usually with a touch of purple hue. The hue is often translucent to the point where, on color alone, it could even be mistaken for a deep rose.

The light, prancing Pelaverga can be blended and buttressed with the more powerful Nebbiolo. There are several wine regions where you will find lighter grape varieties and heavier grape varieties that co-exist in a unique relationship: like the light and delicate Poulsards of Jura and the more powerful Trousseau; like Pinot noir and Gamay in passetoutgrains blends; like Grenache and Syrah. In all these regions and with all these grapes, at times, they are made separately, and at times they are blended together to get the best out of the grape varieties.

Pelaverga can have an inverse relationship with Nebbiolo in the vineyards as well. It’s ideal in cooler sites where it can retain acid and have a better chance of getting harvested during its very short harvest window — this is important, because it’s a grape that can become overripe in an instant.

Increasingly so, Pelaverga is coming to market on it’s own, without being blended, as more producers place a heavier value on it’s cultural importance, and as more people develop an affinity for the grape variety. Stylistically, it’s usually made into a light red for early consumption, but several producers are experimenting with lightly sparkling versions, and even white versions.

Just about every source or mention of Pelaverga, however, waxes poetically about its aroma. Some focus on a bright wild berry aroma, others, a rose-like perfume, but almost all descriptions of Pelaverga mention an enchanting, delightful aroma.

A few producers stand out for their high-quality Pelaverga bottlings. Keep listening to learn more about one of them…