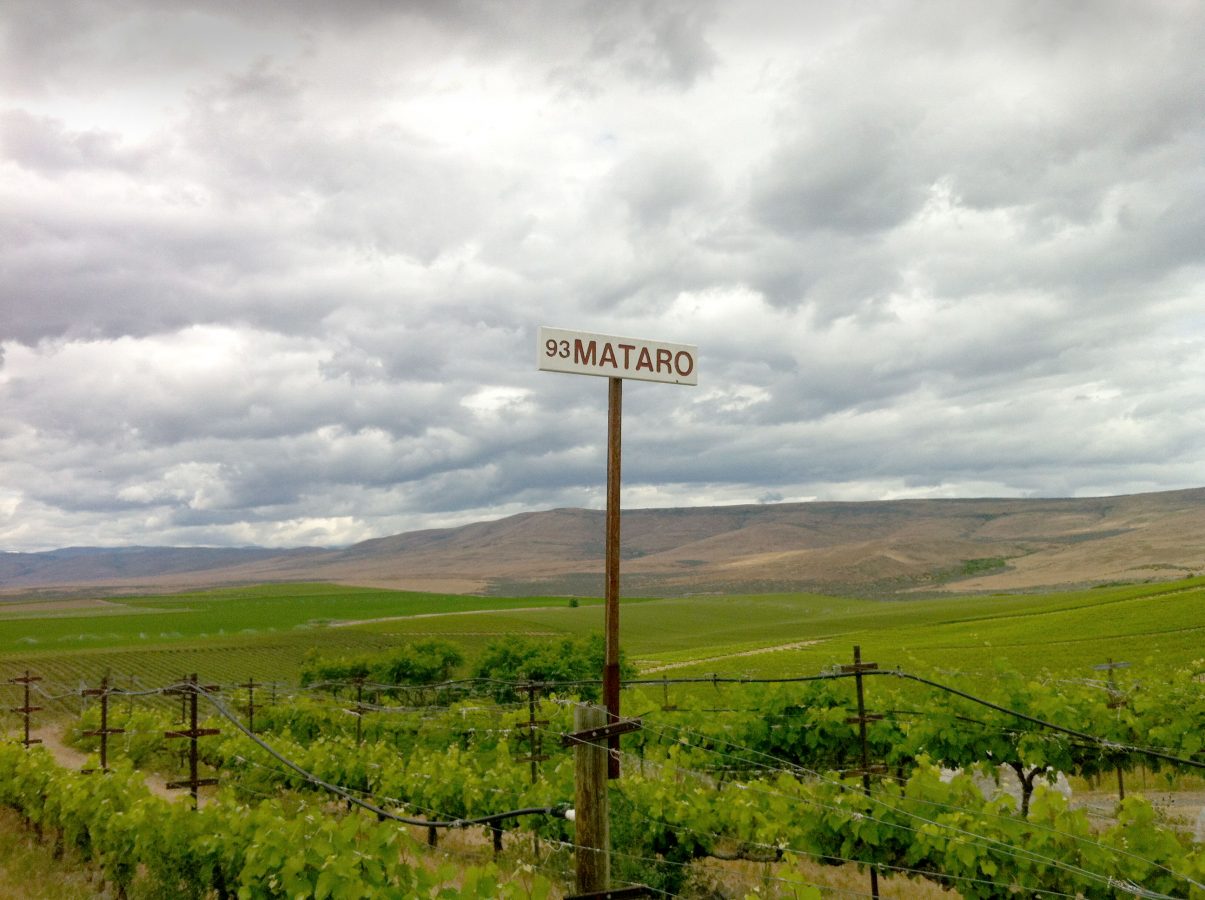 Mourvèdre is one of these interesting grapes with multiple identities. It has three main incarnations. As Mourvèdre, it’s a mainstay of southern France. As Mataro — a Catalan version of its name — it thrives usually as a blending component in the GSMs of Australia, and also enjoyed mid-century popularity in California. As Monastrell, it is an extremely popular grape in Spain. Monastrell has monastic etymology, so this was possibly a grape once cultivated for religious purposes. Mataro and Mourvèdre are both names from Spanish cities.

With all the etymology pointing to Spain, it’s probably a Spanish grape, where its ur-seed likely sprouted in Valencia in the 14th century.

Today, as Mourvèdre, the grape is well known in southern France, where it likely arrived sometime during the 1500s-1700s. It probably came to France from a Spanish town of the same name, which has since been renamed. In the last 400 years or so, the grape became invaluable as wines from Bandol were enjoyed by royal courts in pre-Revolution France.

Mourvèdre, with its late-pushing buds and slow ripening personality, can mature ideally in Bandol. Mourvèdre likes a long hot growing season, and a winter that is not too intense. You’ll find it growing in a band along the Mediterranean coast in areas that fits this climate perfectly. If you search for other Mediterranean-like climates, you’ll find prized plantings of Mourvèdre throughout the globe — such as in Barossa (Hewitson) and California (Pato Vineyard / Enz Vineyard).

In particular, you’ll find really neat Mourvèdre pockets in the Sierra Nevada foothills of California, where Gold Rush opportunists recognized a climate that might suit Mediterranean grape varieties. There, as in Australia, it was long known as Mataro, and has more recently begun to be celebrated as Mourvèdre.

Keep listening to hear more from one winemaker who has helped shape California’s perspective of Mourvèdre.

END_OF_DOCUMENT_TOKEN_TO_BE_REPLACED

I’ll Drink to That: Erin and the Volcano

Episode 488 of I’ll Drink to That! features a tour of Pico Island, a part of the Azores archipelago in the Atlantic