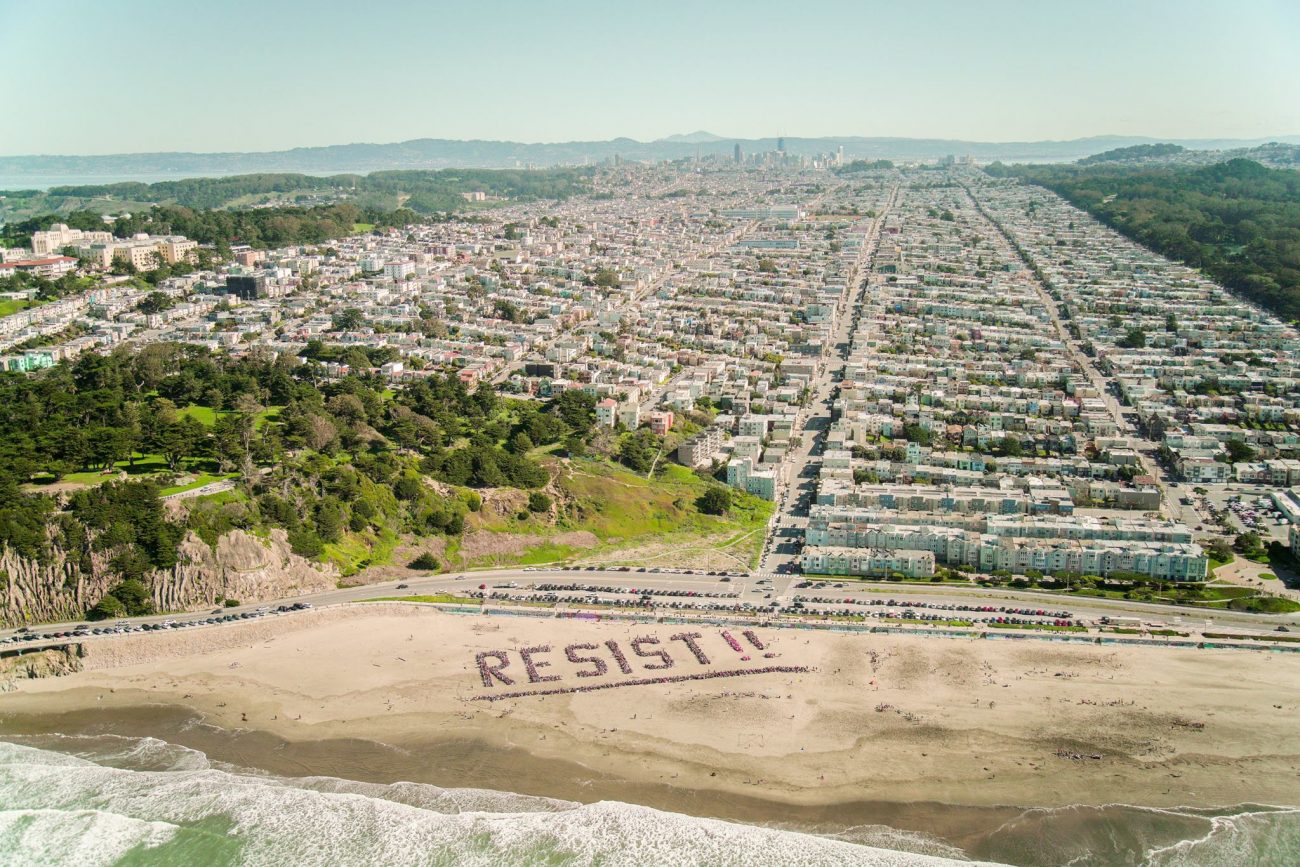 This past Saturday, 11 February, an estimated four thousand people gathered on Ocean Beach in San Francisco to offer a message to the world, spelled out by a crowd on the sand. The 50-metre-high letters they created formed the word ‘resist’ followed by two exclamation marks (photo below by Stefan Ruenzel). This gathering was not unusual for San Francisco, nor for the rest of the country, which in the weeks since President Trump’s election has been marked by significant amounts of public protest, both in opposition to Trump’s election, as well as to his actions since having taken office.

My (admittedly liberal-leaning) Facebook timeline has unsurprisingly been awash in protest and criticism of the new administration, but it has also been increasingly filled with activism. Instead of a constant stream of cute baby pictures, humorous memes, and navel-gazing, I’ve watched friends, neighbours and acquaintances sharing their new daily practices of calling their Senators and Representatives, sharing phone numbers for key legislative offices, and soliciting e-mail and financial support for causes they believe threatened by the new administration.

Perhaps not surprisingly, some folks in the wine industry have also joined the fray.

Meg Murray, a long-time wine industry consultant, has a habit of collecting domain names, she says. And when the phrase ‘nasty woman’ became an overnight meme during the presidential debates, she registered the domain name NastyWomanWines.com, not knowing if she’d ever do anything with it. But on election day she decided to turn what had been a fanciful notion into a real wine brand.

‘I called my attorney and insisted it happen that day, the day we would have our first female President’, she says. ‘With my husband driving and my laptop open, Nasty Woman Wines started to take shape on Interstate 5 South, on November 8th, 2016.’

‘The next morning I was on my kitchen floor with tears running down my face’, she continues.