Acceptance, But No Love, for Plonk 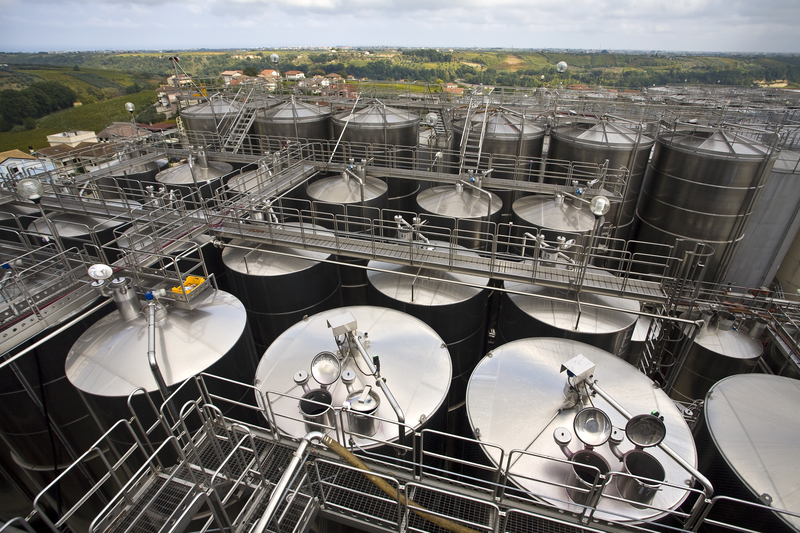 Last week, a writer I met a number of months ago published an op-ed piece in the New York Times entitled, “Ignore the Snobs, Drink the Cheap, Delicious Wine.” Bianca Bosker is a talented young journalist who, in addition to being an editor at the Huffington Post, has written about wine for various outlets including the New Yorker. This editorial was adapted from her forthcoming book entitled Cork Dork: A Wine-Fueled Adventure Among the Obsessive Sommeliers, Big Bottle Hunters, and Rogue Scientists Who Taught Me to Live for Taste.

Bosker’s thesis in last week’s piece can be summed up as: what’s so bad about highly engineered wines that have been precisely crafted to match basic consumers tastes — at least they’re drinking wine, right?

Defending mass-market wines engineered to have specific colors, textures, and tastes with more than 60 different additives, Bosker writes, “These maligned bottles have a place. The time has come to learn to love unnatural wines.”

As you might imagine, especially if you consider yourself a wine lover, a wine geek, or a connoisseur, the reaction to this article was somewhat electric in the online wine world.

It prompted, among others, Eric Asimov of the New York Times to tweet, “I adamantly don’t believe that processed wines are the gateway to fine wine. Industry BS, like saying cheetos will lead to Époisses.”

I wondered if Bosker had intentionally poked the hornets nest with this piece, so I asked her for her thoughts following the backlash to her article online. In response she wrote:

“My story for the Times, like every op-ed, has a point of view. The article is a heavily adapted excerpt from my book CORK DORK, where I explore these ideas in far greater nuance and where I dive into the journey that informed my perspective–one that included studying with scientists, training and working as a sommelier, diving into research on wine connoisseurship, and serving guests on the floor. I believe there’s a place for a multitude of wines; in this essay, I make the case for a particular type of wine. Reading my book–and my other writing–will make it clear that I am not discounting the rest. I also support natural wines, fine wines, small-production artisanal wines, etc. And I suggest we leave room for a variety of paths into wine. Why should there be only one trajectory to becoming a curious and thoughtful drinker? I’m not trying to adjudicate on what type of wine is better than the other in all situations. But I do believe there’s a case to be made for multiple options (and tastes) to coexist–different wines can serve a variety of drinkers and purposes.”

I find nothing to argue with in Bosker’s response. Moreover I completely agree with everything she says.

Nonetheless, like many others, I still disagree with something in the premise of her initial article, which is not only that there’s a place for these wines in the world, but that they should be shown some love.

Which at the end of the day is the wine equivalent of saying that McDonalds deserves the affection and respect of food critics and gourmets the world over for having engineered such tasty eats that can be sold at prices everyone can afford.

McDonalds, or any other highly processed, mass market foodstuff, surely does have a role to play in the world, not the least of which is feeding millions of people who can’t afford much else. But that doesn’t make it good. Only functional.

The same is true of wine. Two Buck Chuck, or any other wine you can buy for five bucks made by one of the world’s largest wine producers certainly has a role to play in the world of wine. And a valuable one at that. I personally know people who started their wine journey with Two Buck Chuck ten years ago and are now buying forty dollar bottles at specialty wine stores. So as much as I agree with Eric Asimov’s sentiments regarding the quality of these wines, I can’t completely agree that they aren’t stepping stones to something better.

We cannot, of course, vilify, condescend to, or otherwise chastise those for whom mass-market wines are the only option. But those of us who know something about wine, Miss Bosker included, have a responsibility to point people towards something better. We cannot insist they drink something else, but we damn well should (kindly, gently, persuasively) suggest they do.

As Craig Camp points out in his rebuttal, the world has never been more awash in non-industrially made, inexpensive wine than it is today. These cheap wines won’t satisfy the needs of those seeking organically farmed, unsulfured, amphora-aged products, but they’re a far cry from something literally put together in a food science lab.

At the very least we ought to be advocating for these wines — telling people that while it’s OK that they like Big Macs, there’s definitely something better out there for not much more money. They may never make the leap to something better, but it’s our jobs as wine communicators to get them to try — to arm them with reasons, to inspire their curiosity, and to carefully pave the way for them to explore the world of wine. And we can’t do that by suggesting that they keep drinking the same old stuff. And that’s true whether they’re drinking Sutter Home White Zinfandel or the same $50 Chardonnay they fell in love with 10 years ago.

Treasury Wine Estates, where Bosker had her experiences in the world of flavor chemistry and focus-group-driven wine development, doesn’t need any help from wine writers, sommeliers, or educators in selling their wine products to the world, and never will. Those who have no other options but to buy their wine products, whether from financial circumstance or market availability, need neither encouragement nor criticism for doing so.

But that leaves a whole lot of people who should be taught that there’s an alternative out there. That wine can be so much more — more pleasurable, more healthy, and more meaningful than the engineered stuff. If we’re lucky enough to live in the western world and have the chance to choose what we eat and drink, why wouldn’t we encourage people to drink the good stuff if they can afford it?