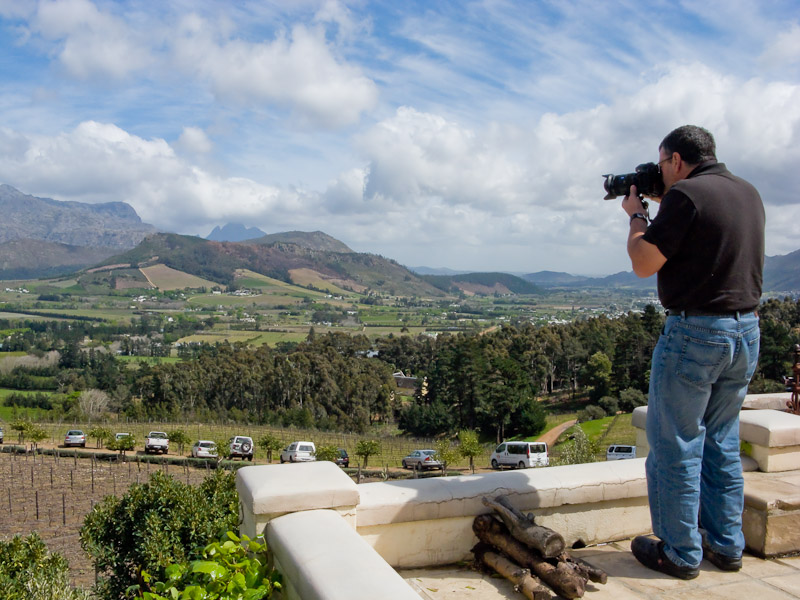 Please join me in welcoming back to Vinography photographer Andy Katz, whose work will be featured weekly in the Vinography Images series starting this week.

Whenever I think of Andy Katz, I will always remember a particular moment from my trip to South Africa in the fall of 2008. He and I, along with four other journalists were riding in a van towards the Franschhoek Valley amidst intermittent rain showers and bursts of sunlight. We rounded a bend in the road and Andy started literally jumping up and down in his seat as he pleaded with the driver to stop the van. Out he leapt, before the vehicle had even come to a complete stop and rushed up a small embankment where he stood for the next 10 minutes as sunlight washed across a field of yellow canola beneath one of the most beautiful rainbows I’ve ever seen.

Andy’s photographic journeys have taken him around the globe. From the Old Country in Eastern Europe to the bustling streets of India, to the California wine country, his subjects are as diverse as his travels and adventures.

Andy has published a dozen books of his work, including A Portrait of Napa and Sonoma; Concannon: The First One Hundred and Twenty-Five Years; New Zealand: Sea, Earth, Sky; Private Reserve; Robert Mondavi Winery; The Heart of Burgundy; Tuscany and Its Wines; and Vineyard.

Most recently he completed a stunning piece of work entitled The Club of Nine, about the top Chateaux of Bordeaux. For the next 52 weeks, I will be featuring photographs from this book (as well as a number of outtakes) here on Vinography.

Andy’s prints are featured in museums and galleries worldwide including his own in Healdsburg, California.