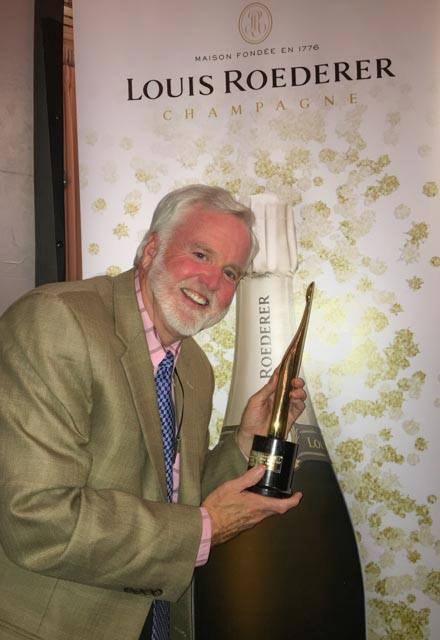 With great pleasure, I’d like to announce that yesterday, photographer George Rose won the Louis Roederer International Wine Writers award for Digital Artistry, based on photographs published here as part of my weekly Vinography Images postings. For those unfamiliar with the the Roederer Awards, as they’re called, they are among the very top two or three awards possible to win in the world of wine journalism. In other words, a pretty big deal.

George has collaborated with me for several years, allowing me to showcase his talents at capturing the magic and majesty of the wine country landscape. I think he’s super talented, and therefore I’m quite pleased that he’s been recognized in this way. I hope you’ll join me in congratulating him.

Vineyards are notoriously difficult to photograph, as many a frustrated amateur knows all too well. The patterns of their regularity against beautiful surroundings easily fascinate the human eye, but once fixed on film or in pixels, what seemed a dynamic scene often becomes little more than gangly green lines on a flat plane. Capturing the beauty of a vineyard on a two-dimensional plane requires, among other things, an appropriate vantage point, a particular angle of light, and a keen sense for both the lay of the land and the graphic geometry embodied in endless rows of vines.

George Rose has been photographing the vineyards of California for more than thirty-five years, after opting for sunrise strolls between the vines instead of the frenetic pace of a newsroom and the over-saturated subject matter of Hollywood, rock & roll, and professional sports.

If you’re interested in George and his work, you might consider keeping an eye out for his newest book, Vineyard, which comes out any day now, and for which I wrote the foreward. You can pre-order the book at George’s site.

Here’s one of the images that resulted in George’s award: 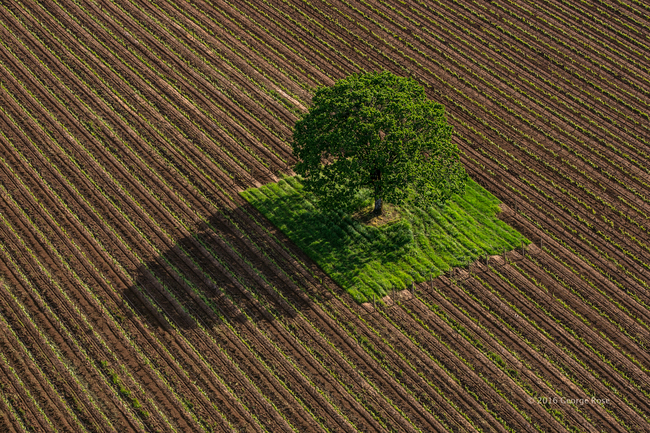