Devastation Continues in Napa and Sonoma 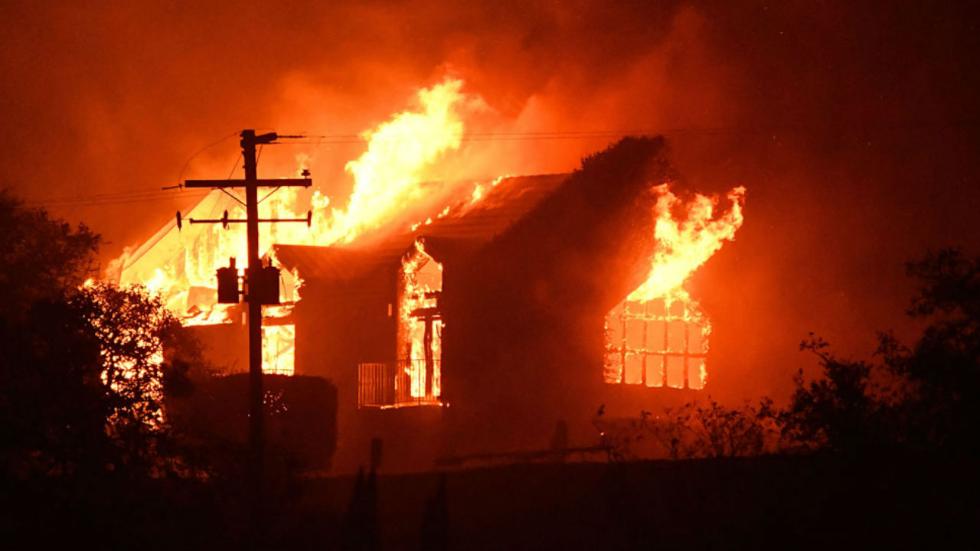 Forty people are confirmed dead. More than 172 people are still reported missing. More than 214,000 acres (86,602 hectares) and over 5,700 homes have been consumed in flames. Evacuations have displaced more than 100,000 people, according to the California Department of Forestry and Fire Protection. And sadly, these numbers will continue to grow. A week after explosive, fast-moving wildfires swept through parts of Napa and Sonoma, I had hoped to provide something of a full damage assessment, assuming the situation would be under control. But the epic disaster in Napa, Sonoma and Mendocino counties remains far from over. Despite the two largest conflagrations being nearly 60% contained, three more fires have now begun to encroach on both the town of Sonoma, and the heart of Napa Valley’s wine region. And as I rise early on Sunday to file this story, I can hear strong winds blowing the autumn leaves in my back yard with the kind of intensity that woke many of us the night of 8 October.

That night, winds across Northern California gusted at speeds exceeding 70 miles (113 km) per hour, sending tree branches crashing into electrical transmission lines in many forested areas of northern California. A source from the utility company Pacific Gas and Electric has confirmed that these winds brought down power lines and blew transformers, which almost certainly caused a number of the more than 60 fires that sprang up within the space of an hour. Fanned by the intense winds, these many small fires became several raging infernos that swept down through dry, wooded hillsides into the populated areas of Napa and Sonoma counties, giving some residents only a matter of minutes to evacuate before their homes and businesses were utterly destroyed. In some cases, such as the popular destination of Calistoga, entire towns were forced to evacuate, leaving tens of thousands of people temporarily homeless, often with only the clothes on their backs.

Helicopters mobilised that evening rescued 42 people and several pets from the firestorm. Some people, trapped by the flames, survived by submerging themselves in pools for hours on end, miraculously emerging the next day with their faces burned, but alive. Others escaped narrowly after being woken up by heroic members of local law enforcement, whose recently released bodycam footage demonstrates the chaos and terror.

Ray Signorello, on vacation in Canada with his two young children, received a frantic call from his wife at 10.45 pm on Sunday 8 October, telling him that flames were coming down the hillside towards the Napa home and winery that he and his father built starting in 1987.

‘She was telling me that the whole thing was going to burn down, and I told her not to overreact’, says Signorello. ‘We’d had fires in the distance before and they’d always peter out. I didn’t grasp what was happening. She told me this was different, and that she was loading the car and leaving.’