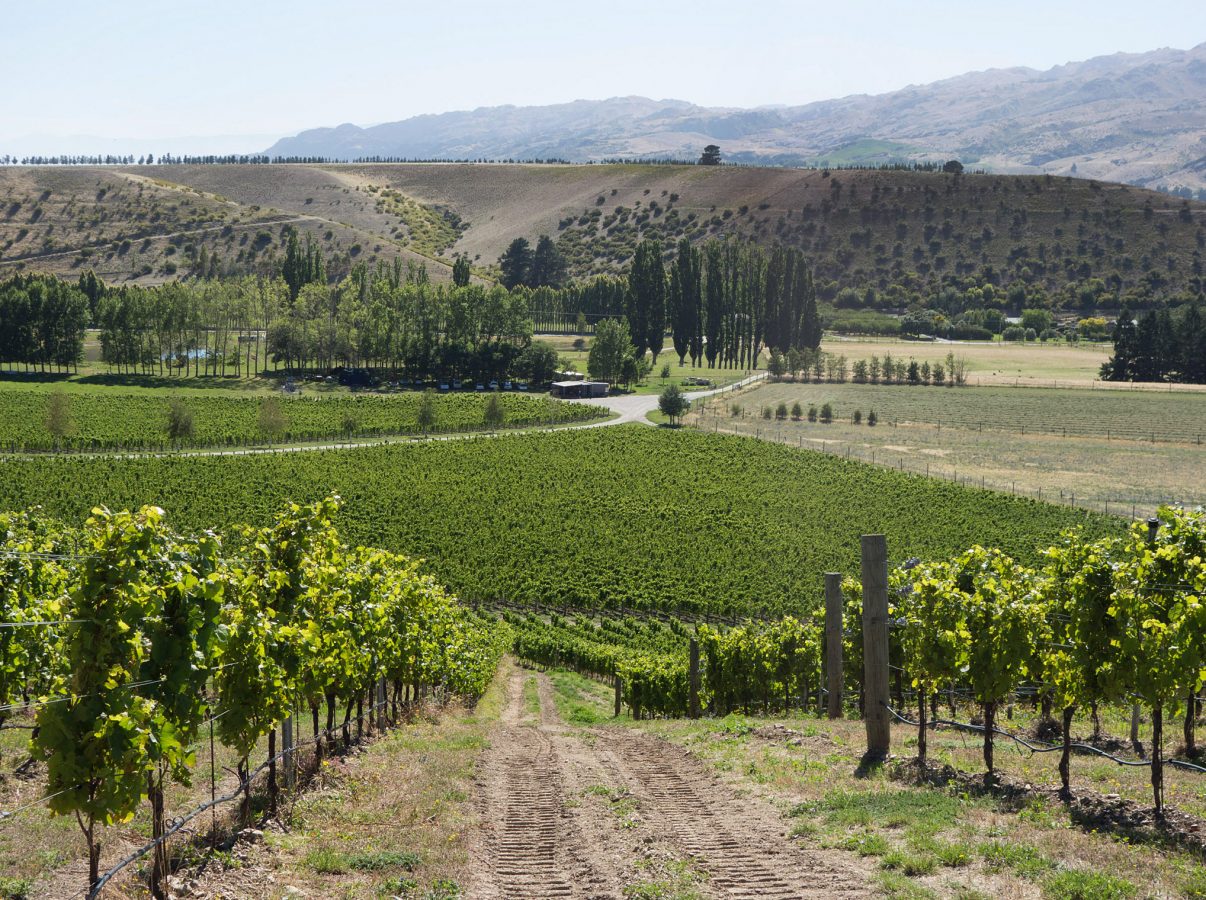 Most wine lovers have heard a thing or two about Central Otago Pinot Noir. Found at the bottom of New Zealand’s South Island, the wine region of Central Otago has become synonymous with Pinot Noir, thanks to a strong track record of production in the last twenty years. The wines have gained strength and notoriety over the last decade to the point that the region is readily acknowledged as one of the top producers of Pinot around the world. But unlike many of the other regions around the world that have also made a name for themselves growing Pinot Noir, Central Otago has been focused almost singularly on the red Burgundian grape variety, nearly to the exclusion of its traditional white counterpart, Chardonnay.

California’s Sonoma Coast, the Russian River Valley, Santa Barbara, Champagne, Australia’s Mornington Peninsula and Yarra Valley, Tasmania, Canada’s Okanagan Valley and Ontario regions, Southwestern England, even South Africa’s Coastal Region or Chile’s Casablanca Valley — all of these regions have followed the Burgundian model and planted both Chardonnay and Pinot Noir in accordance with the time-tested supposition that both grapes grow well in the same places.

So why isn’t there more Central Otago Chardonnay? It’s an interesting question, and one that became much more important to me after tasting the most recent vintage of producer Felton Road’s Chardonnay, which I found, in a word, stunning.

So I put the question by e-mail to Blair Walter, the winemaker at Felton Road, and here’s what he

“It’s a very good question and one we have always wondered and theorised ourselves.

When Central Otago largely got planted from the late 90’s through the early-mid 2000’s, it had become recognised that it was a good region for Pinot Noir, hence the 80% that it occupies. I can’t really speak for the growers/producers as to why they did not choose Chardonnay, but I suspect it was because at that time, Chardonnay was grown widely and successfully elsewhere in NZ and perhaps the market was seen as more saturated. I am not sure if it was an ABC [Anything But Chardonnay] issue or that Chardonnay in NZ plays second fiddle to Sauvignon Blanc and Pinot Gris became the most planted white as it was popular/trendy, easy to sell, in demand….

Riesling is the next most planted white in Central Otago as it was perhaps seen as more interesting and seemed quite suited to our schist soils and climate. Also, I think a lot of the people planting were new to the industry and not as experienced or as committed to the Pinot Noir/Chardonnay ancestral home connection. An exception to this though would be why would Burn Cottage [a winery, shown in photo above, whose owner is an importer of Burgundy] not be committed to planting Chardonnay? I have often given Marquis and Ted a hard time about this! Also Rudi at Quartz Reef is another example. It would be nice to have more interesting top Chardonnays coming out of the region….

I will admit though, that it did take us a while (and the region at large), to be able to hone in on the style that we have today. Central Otago Chardonnay does not like to be pushed into a riper and richer style. It must be captured early and celebrate the acidity and leaner, more citrusy/floral characters. I believe our combination of high sunshine, warm daytime temperatures, yet very cool nights, can easily make a big disconnect between flavour and the acidity that we will still always have.

We have the largest plantings of Chardonnay in Central Otago and just this spring (last week in fact!) have replanted a couple of sections of Block 2 that contained Pinot Noir and Riesling (that were on their own roots) over to Chardonnay. The schist soils in Block 2 with their seams of calcium carbonate are showing that they are particularly suited to Chardonnay.”

Central Otago has somewhere north of 4746 acres planted to grapevines. The vast majority of which are Pinot Noir, which fills 3707 of those planted acres. Only 136 acres have been planted to Chardonnay, and as Blair noted, with somewhere close to 5 acres planted and a production of around 2000 cases each year, Felton Road is the region’s single largest Chardonnay producer.

It seems quite plausible to me that the lack of Chardonnay in Central Otago might be due to trends more than anything else. New Zealand remains a very young wine region, and frankly speaking, not nearly enough experimentation has been done around which grapes are suited where. Those early pioneers in Otago might very well have seen plenty of Chardonnay elsewhere in New Zealand and decided to forego planting it in yet another place, despite centuries of precedent linking Chardonnay and Pinot Noir.

Regardless of the reason, one taste of Felton Road’s 2016 Chardonnay should be enough to convince even the most skeptical that this lack of Chardonnay in Otago has been a major oversight. And one that should be rectified in short order.

The world needs more Central Otago Chardonnay, especially if it bears resemblance to these wines, which will be released in the USA in the coming months.

2016 Felton Road Chardonnay, Bannockburn, Central Otago, New Zealand
Palest gold in the glass, this wine smells of cold cream and lemon curd with a hint of toasted sourdough. In the mouth, the wine is wonderfully juicy and bright, with tangy lemon curd and green apple flavors layered over crushed stones and white flowers. Killer. Great acidity and texture. 13.5% alcohol. Score: between 9 and 9.5.

2016 Felton Road “Block 2” Chardonnay, Bannockburn, Central Otago, New Zealand
Pale greenish gold in color, this wine smells of white flowers and lemon zest. In the mouth, wonderfully floral notes of white flowers mix with pomelo zest and wet chalkboard minerality that has a deep stony quality. Gorgeous acidity and phenomenally silky texture. Finely balanced and stunningly deep and pure, this is definitely the best Chardonnay I’ve had from New Zealand, and by far the best that this producer has ever made. 13.5% alcohol. Score: around 9.5.