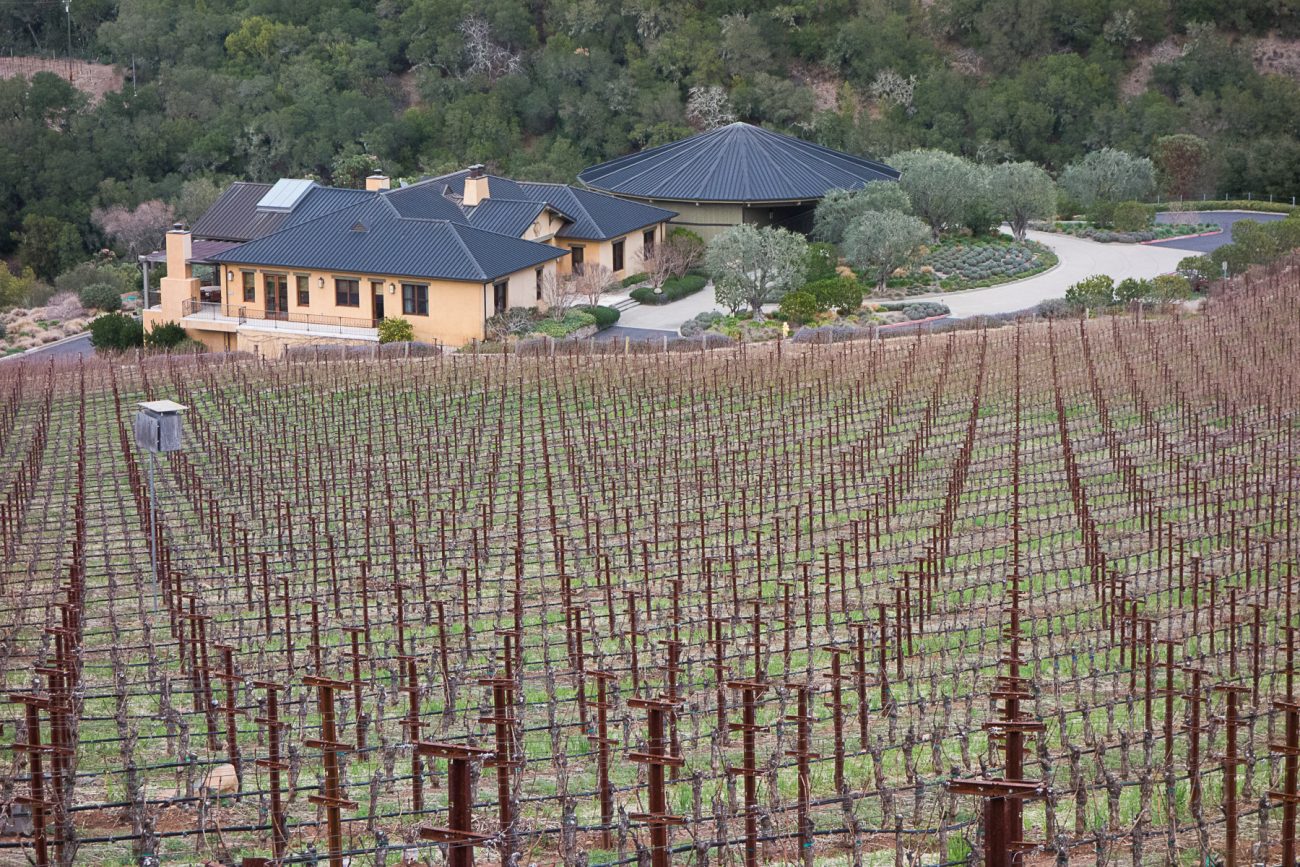 What is the defining characteristic of a wine region? The answer depends on who you ask, of course, but typical responses often range among the many distinctive aspects of the wine world: geology, topography, oenology, or even culture. The Mosel has its steep slate soils, Châteauneuf-du-Pape has its distinctive blend of 14 grapes, Chile’s Maule Valley has its twisted old vines of País and Carignan. And what of California’s Napa Valley? Beyond an affinity for Cabernet Sauvignon, an argument could convincingly be made that Napa has become known simply for luxury.

Perhaps this is why the recent news that Colgin Wine Cellars had sold a 60% interest to the luxury-goods giant Moët Hennessy Louis Vuitton was met with an inaudible shrug after the initial volley of press releases and news briefs. Colgin, owned by Ann Colgin and her financier husband Joe Wender, is a tiny producer perched on top of Napa’s Pritchard Hill (as seen above) whose roughly 4,000 cases each year sell to mailing-list customers for upwards of $500 per bottle.

With this purchase, LVMH adds Colgin to its already impressive list of wine properties that include Newton Vineyards in Napa (which it acquired in 2001), as well as Krug, Moët and Dom Pérignon champagnes, substantial portions of Chx Cheval Blanc and d’Yquem, and Bodega Numanthia among others.

LVMH is not the first luxury house to buy into Napa. St Supery winery was purchased in 2015 by the owners of Chanel, who also own Chx Canon and Rauzan-Ségla in Bordeaux.

In many ways, for an already premium wine region, such purchases represent Napa’s apotheosis. Short of the inexorably rising prices commanded by the region’s wines, there exist few, if any, rungs on the ladder of fame beyond this kind of acquisition. This latest purchase joins a bevy of other high-profile buyouts this year by industry giants such as Gallo and Constellation Brands and French businessman François Pinault’s Artémis Group.