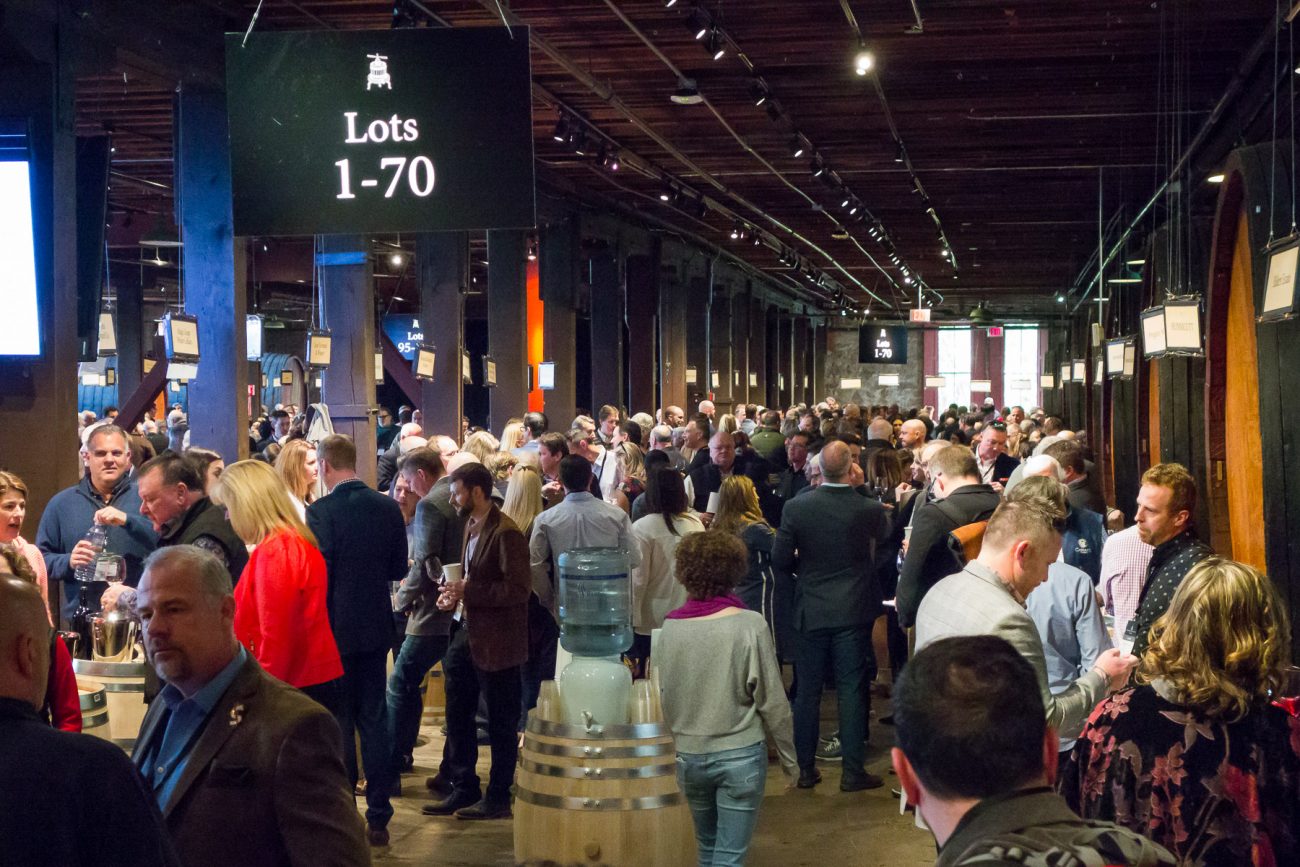 Some people run a marathon once each year. That’s not my speed. Instead, I knuckle down and taste 200 Cabernets for breakfast on one particular Saturday morning.

Each year, the Napa Valley Vintners Association pulls out all the stops to host its annual fundraising event known as Premiere Napa Valley. Not to be confused with its star-studded charity auction in the spring (known as Auction Napa Valley), Premiere Napa Valley is a more focused event. It is a barrel tasting and auction, in which the wines on offer are all unique creations made specifically and only for this event, offering purchasers the opportunity to own an incredibly rare wine that often represents the very pinnacle of the winemaker’s efforts in that vintage. All the invited bidders are ostensibly in the wine trade (retailers, distributors, etc.), while other attendees include the media and winery staff. The proceeds from the auction of more than 200 unique lots of wine go to help fund the Vintners Association itself.

The auction action at Premiere always serves as something of a barometer for California wine, measuring both the strength of the Napa brand in the marketplace, as well as the interest in the upper echelon of fine California wine (many auction lots sell for well over $2000 per bottle).

This afternoon, the Vintners raised more than $4.1 million dollars at the auction, which was a hair less than the $4.2 million earned last year, a bit less than the $5 million raised in 2016, and $6 million earned in 2014 and 2015. I continue to be surprised at the downward trajectory of earnings at this event. If I were a betting man, given the strength of the economy, and the quality of this vintage, I would have expected this year’s take to be an uptick again. I’m somewhat stumped as to the reason for the continued decline in revenues. It does seem to me that there are fewer of the real superstar wineries (extremely allocated, hard to get labels like Scarecrow, Futo, Dalla Valle, etc.) consistently offering auction lots, and these are the ones that push bids into the six figure range. While the Alpha Omega, Rombauer and Vine Hill Ranch lots hit $75,000 apiece (VHR was just 5 cases, making for a bottle price of $1250) and Staglin clocked in at $65k, only Silver Oak’s lot made it to six figures at $110k, and most of the other bids fell below $50k. I haven’t done the analysis, but it may also be that wineries are offering smaller lots, which are in turn resulting in smaller bids.

In any case, the economics of this event interest me much less than the wines on offer. Each of the auction lots at Premiere usually represents something approximating the best possible wine that a given winery can make in the vintage. Consequently, the wines offer a unique window into the pinnacle of quality for that particular vintage. Every year, I attend Premiere with the goal of tasting as many of these wines as I can, in an effort to get a bead on the vintage as a whole in Napa. 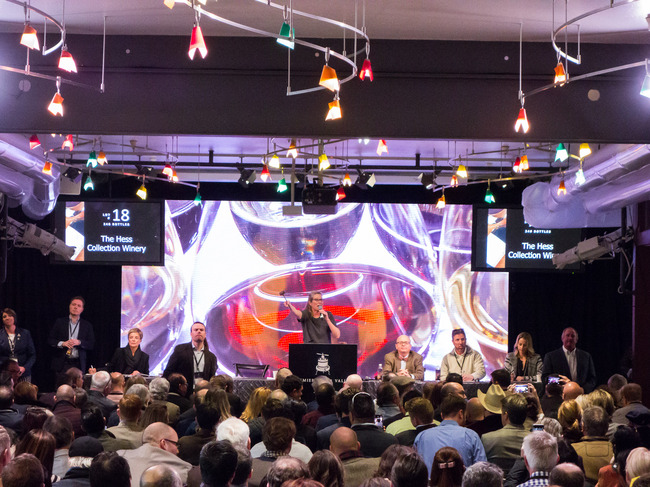 In the case of today’s event, the vintage under review was the 2016 vintage, which as vintages go, was about as close to perfect as you get. The most remarkable thing about the 2016 growing season was perhaps the fact that it was unmarked by any extreme weather events other than the ongoing drought. The spring was relatively normal, the summer mild, and things heated up a little towards the end of the summer leading to a steady harvest into October, and plenty of warning for the first rainfall of the season, letting almost everyone get harvest in without a hitch.

The resulting wines are really very, very good. I’d describe them as generous, but beautifully balanced. Acidity was excellent (though one never knows how much of that is nature contributed versus winemaker contributed in general) and tannins are mostly supple, fine grained, and well proportioned. Those who chose to harvest on the earlier side got mouthwatering cherry fruit flavors, and those who waited for more maturity got powerful black cherry and cassis qualities.

Not since the 2013 vintage have I been so excited about the quality of these wines, and, truth be told, I believe 2016 will exceed 2013 in quality if only because it seems almost impossible not to have made excellent wine in 2016. I think it was a very forgiving vintage, allowing those with less skill to make good wines, and those with true talent to make exceptional wines. 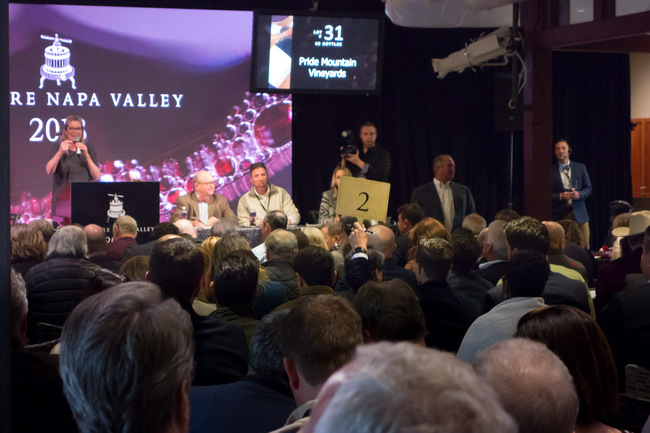 There were many standouts among the wines today, many from unsurprising sources, as well as a few from producers I’m not used to seeing at the top of my lists. Continuum, Corison, Ovid, and Staglin are often among my favorites. Inglenook offered a really gorgeous, racy wine this year, as did O’Shaughnessy, whose red blend of Malbec, St. Macaire, Petit Verdot, Cabernet Franc and other “lesser” Bordeaux varieties was as delicious as it was interesting. Not surprisingly, Schramsberg’s late disgorged sparkling wine showed exceptionally well and made for a delicious palate cleanser amongst the big reds.

As perhaps a more quantitative evaluation of the vintage, it’s worth noting that this year, compared to my notes for the last 10 years of attending this event, contains the single largest number of wines scored at or above 9 on my scale. Let me be blunt: 2016 is a rockstar vintage for Napa. Mark my words.

I continue to watch the evolution of oak usage in these wines with both amusement and fascination. This year’s sampling yielded an interesting inversion of sorts. A number of producers known for their judicious or even rare use of new oak told me specifically that the wine they had produced for this event used more new oak than normal, and deliberately so in the hopes of being more attractive to buyers. On the other hand, I continue to be appreciative of what seems to be a general and gradual moderation in the use of newer oak by many producers, at least for these particular auction wines (no assumptions should be made that this approach will carry over into these producers’ mainstream releases). I continue to be impressed that number of producers are deliberately selecting used or neutral barrels for these wines, which result in wonderfully fresh and pure expressions of fruit that I find much superior to their oak inflected (or overwhelmed) counterparts.

Here are my scores for everything I tasted. The notes in italics after each wine are my brief thoughts made on the spot while tasting. I managed to get through most of, but not all, the 219 wines on offer. Note that anyone interested in getting ahold of the wines below can discover their availability through Premiere Napa Wines, a web site designed to connect successful bidders with consumers who may want to purchase the wines.

The mainstream releases of the 2016 vintages from these wineries (i.e. the ones that will cost you much less than $800 per bottle) will likely be mostly in the autumn of 2018 or in the months following the spring of 2019.