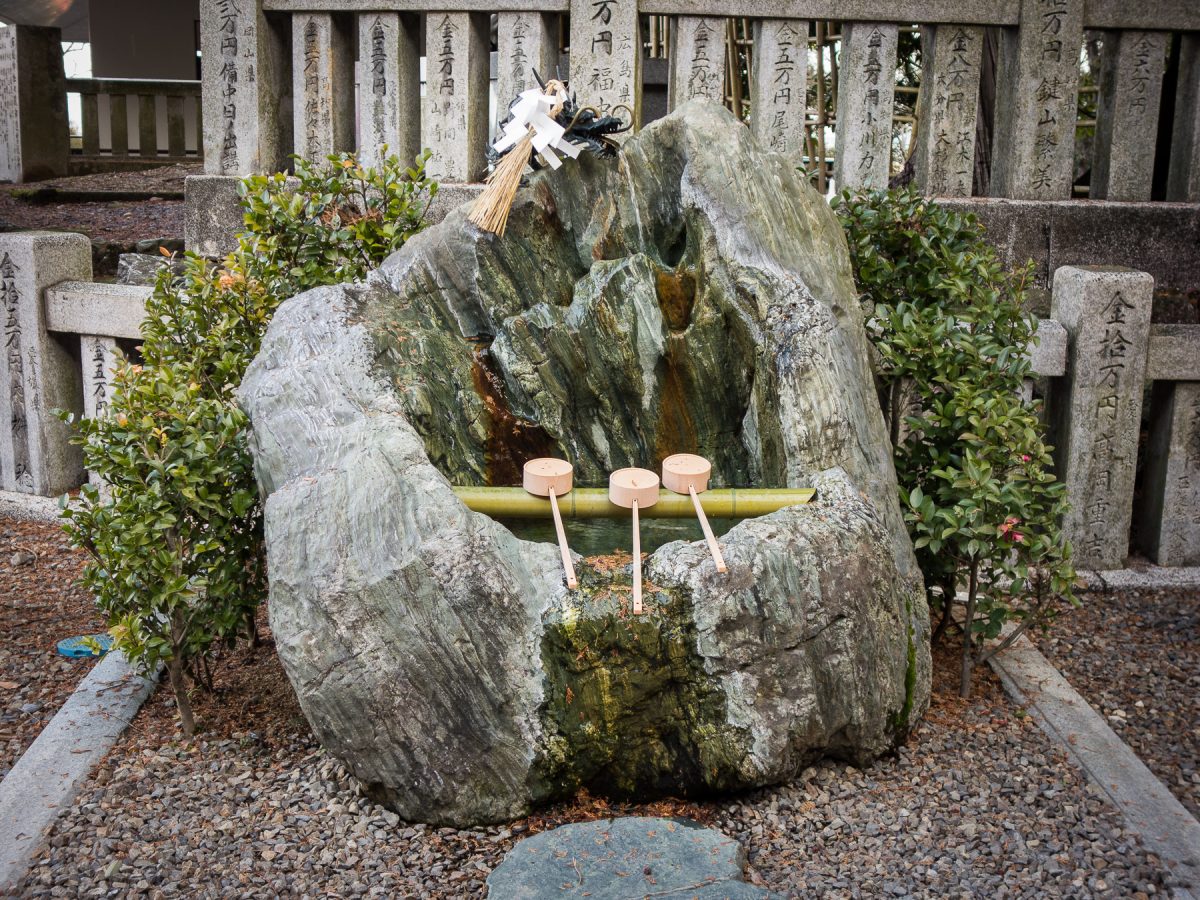 On the shoulder of Mount Ishizuchi in Ehime Prefecture, on the island of Shikoku, perches a Shinto shrine. As with countless such hermitages throughout the island nation, the Shinto priests daily perform their rituals of honor and respect for the kami, or spirits that have been worshipped for the more than 1400 years of Shinto’s existence as a religion. The rituals of Shinto are as varied as they are mysterious, especially to non-Japanese, but among them you will find an act common to countless religions across the globe: the offering. And in Shinto, as with many others, one of the things offered in veneration is alcohol.

The offering of sake to the kami of Mount Ishizuchi, as it does in many places in Japan, represents something of an apotheosis of both poetry and pragmatism. A returning to the source. The closing of an endless loop that has become a symbol of Japanese culture.

As with wine, sake is indelibly tied to the seasons, but in ways that differ substantially from the fruits of the vine. The climactic details of any given year will undeniably affect the rice harvest, and as the primary ingredient of sake, the quality and quantity of rice available will affect the sake brewed that year, though usually in ways for too subtle for most consumers to apprehend. For the individuality of a given sake comes less from the rice (which for the highest quality sakes is usually the Yamada Nishiki variety grown in Hyogo prefecture, far from where the sake is made), but from the brewers choice of yeast, their decisions in the brewing process, and from the single most plentiful ingredient in sake making: water. 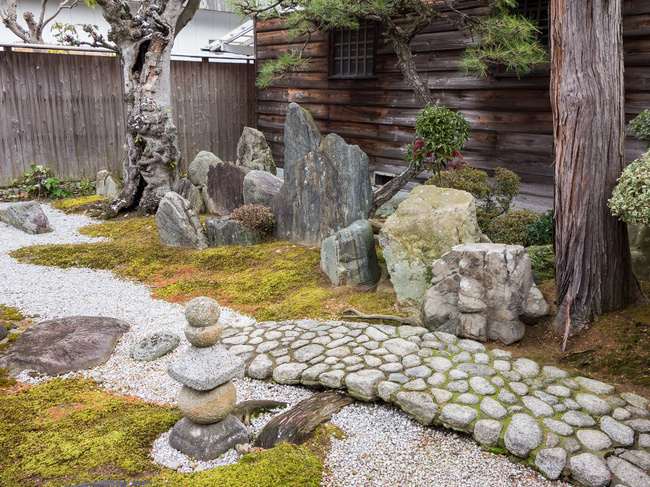 Which brings us back to the foothills of Mount Ishizuchi, carpeted with its thick coat of cedar, pine and bamboo under which burbling streams slowly wear their channels deeper into the stone of the mountainside. The water, of course, comes from deep within the mountain itself, where season after season of snowmelt replenishes the groundwater.

Good sake therefore often depends on a good winter, both for the snows’ contribution to the brewery’s local water source, as well as the low temperatures that brewers cherish to limit airborne organisms and make controlling their fermentations easier.

So when the priests at Ishizuchi-jinja make an offering of sake to their kami, they are returning something of the mountain to itself. Because the sake they offer is made a few kilometers away by a brewery bearing the same name as the mountain under which it sits. 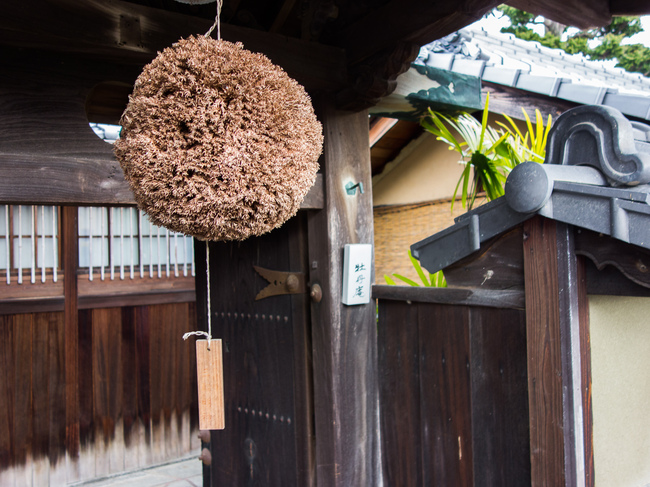 Ishizuchi Shuzo has been brewing sake since 1920, making the brewery quite young by Japanese standards, where brewing histories can stretch back centuries. But while its age has not distinguished Ishizuchi Shuzo, its operation entirely by a single family has made it something of a pioneer in the sake world.

At the risk of glossing over what could be a very rich cultural and socio-economic history of sake, suffice it to say that historically most sake breweries, usually owned and run by wealthy families, have employed a staff and a master brewer, or toji, drawn from the local community. In earlier times, the master brewer and employees would usually have been farmers all too happy to have work through the depths of their relatively unoccupied winter.

While Japan’s economy has moved beyond its agrarian roots, the ownership and employment structure of most sake breweries has been much slower to change. So Ishizuchi Shuzo became something of a rarity in 1999 when Minoru Ochi came back to serve as toji for the family business run by his brother Hiroshi Ochi. 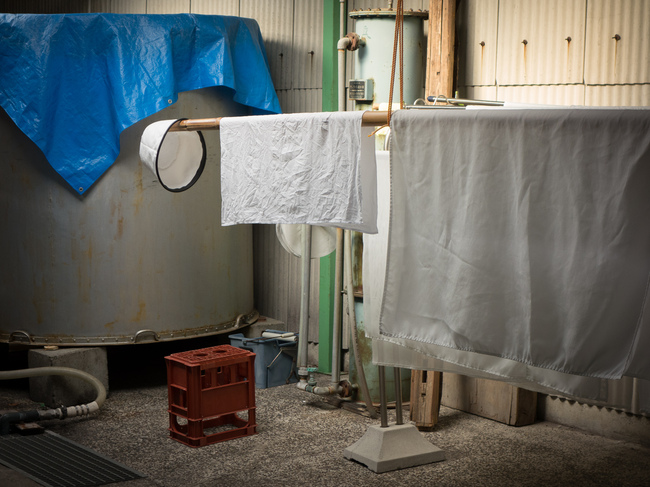 In 1996 the elder Ochi took over daily operations from his father (who remains president of the brewery) and now runs things with his wife and his brother. The winery also has 2 more hired staff that assist with the brewing, and nine more employees that assist with the commercial aspects of the business.

“When we shifted to being a family-run operation we made a conscious change,” says Ochi. “I’m personally a big fan of sake,” he adds with a smile, “so I decided I wanted to make the really good stuff. Not just something that would get you drunk, which is what sake really was for a lot of people in the past. Those sakes were cheap and not made with care. I wanted to make something that could be appreciated with the finest foods.”

Today Ishizuchi makes a bit more than 100,000 bottles of sake each season and 87% of that sake is premium grade (known as junmai-shu) sake. The brewery has also made an effort to try to use a locally grown rice strain, called Matsuyama-mii in many of its sakes, an unusual but growing trend among sake brewers. 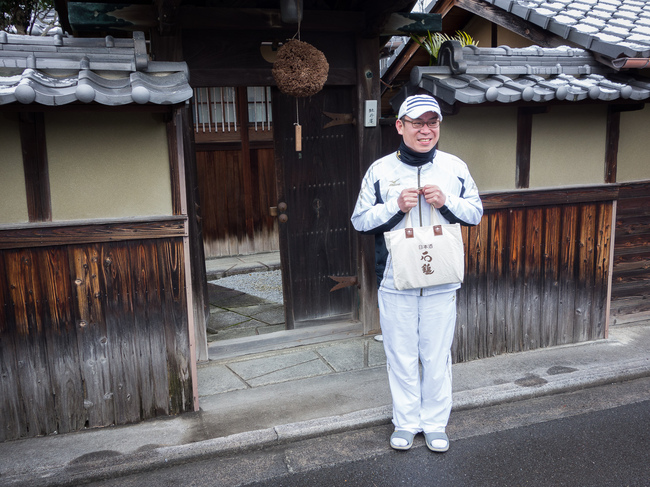 To explain how he makes his sake, Ochi holds up his hand.

Ochi goes on to point out that the natural acidity of wine helps control which yeasts and bacteria actually end up affecting the fermentation, but that isn’t an option with sake, which has very little acidity by comparison and is therefore susceptible to all manner of contamination by even minute populations of wild yeasts.

“In my opinion,” says Ochi, “if the brewery isn’t clean, the sake doesn’t taste good.” 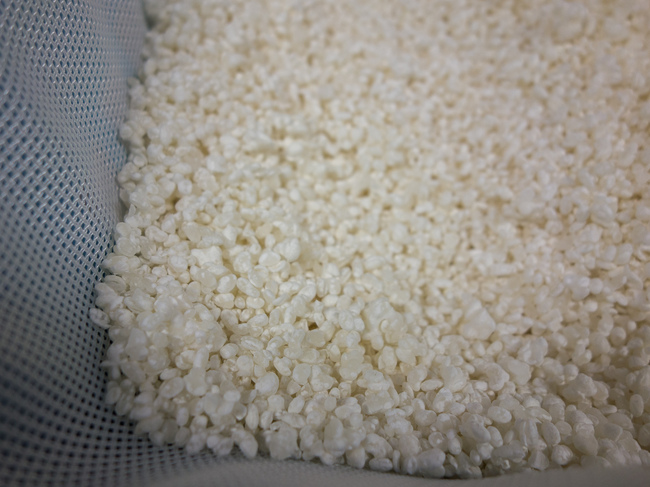 “In the beginning,” he continues, “I thought that sake was just about the ingredients. Procuring the best ingredients, like food. But that didn’t work.”

Ochi goes on to explain that, apart from cleanliness, good sake comes from a combination of precision and consistency in how the process is carried out. From the precise percentage of of moisture in the rice after washing and steaming; to the temperature used to propagate the mold spores that will begin to break down the starches in the rice allowing fermentation to occur; to the temperature and length of cold stabilization; to the strength of pressing the final sake from the mash — it all matters.

Which is why Ochi and his family, like brewers have done for centuries, live at the brewery during the brewing season. Sake brewing is relentless, repetitive work, even with the modern conveniences of refrigeration technology, which Ochi says is an absolute requirement in the face of global warming. 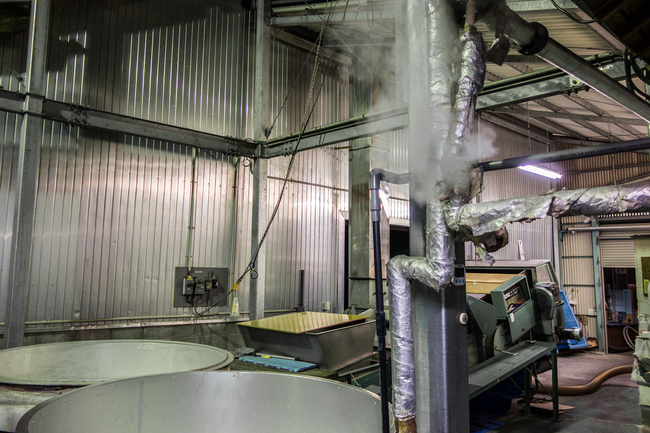 “I want to take a day off,” jokes Ochi, “But the yeast doesn’t give me a day off. We go to sleep but they’re always working.”

Ochi does take a couple of hours, however, to bring us to the Ishizuchi shrine for a Shinto blessing, and the offering of some sake to the gods of the mountain. Ochi winks and tells us that he can personally vouch for the quality of sake that his local gods get to drink.

As it happens, the gods don’t manage to drink all of the sake that is offered to them, and so the priests at the shrine bottle up some of that venerated and spiritually anointed sake, and offer it to their most honored guests, a group to whom, it seems, I am lucky enough to belong.

And what does the sake of the gods taste like? Something like the view across the rice fields plains of Ehime, looking towards the sea. 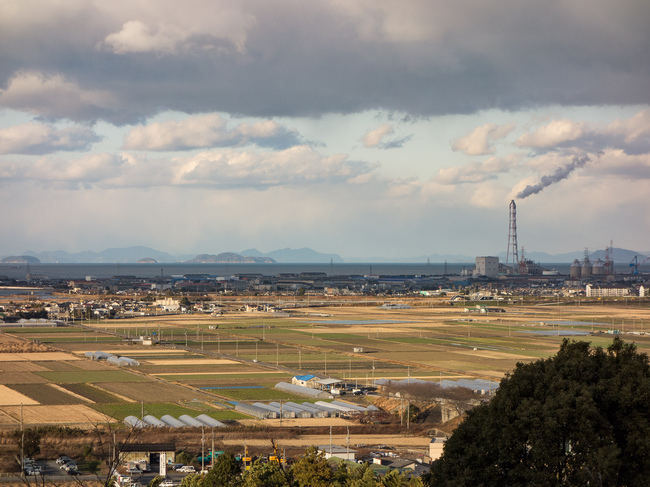 TASTING NOTES:
Of course, you’ll not be pleased to know that these sakes are not available outside of Japan, so you have my apologies for perhaps enticing you fruitlessly with their story and the tasting notes that follow. But perhaps you can seek out a bottle, or better yet, persuade an importer to bring them in!

Ishizuchi Shinsei Daiginjo Muroka Genshu Fukurotsuri Shizuku, Ehime Prefecture
This sake is unusual in two respects — the first is that it is a shizuku or fukurotsuri sake, which means that it was not pressed at all, but allowed to drip through a fabric bag, making it roughly equivalent to “free run” juice at a winery. It is also a genshu which means it is full strength (somewhere around 18% alcohol) rather than being diluted back to around 16% which is normal practice for most premium sake. This sake offers aromas of bitter melon and apple and white flowers. In the mouth, rainwater and apple and melon flavors mix with white flowers and the higher octane notes of alcohol. Made from 100% Yamada Nishiki rice. Score: between 8.5 and 9

Ishizuchi Junmai Daiginjo Funashibori, Ehime Prefecture
This sake is also a genshu strength sake, and is pressed in individual cloth sacks, which is a more traditional and painstaking method for pressing the sake lees. It smells of wet leaves and snow and a hint of bitter greens. In the mouth, flavors of rainwater and bitter melon and a touch of green apple have crisp and bright quality, like a spring day before sunrise. Very clean and delicious. Made from 50% Yamada Nishiki and the local 50% Matsuyama-mii rice. Score: between 9 and 9.5

Ishizuchi Junmai Ginjo Green Label Funashibori, Ehime Prefecture
This sake smells of freshly unwrapped bubble gum and pastry cream. In the mouth, the sake is quite silky and viscous, with flavors of cedar and earth and bitter greens. Made from 20% Yamada Nishiki and 80% Matsuyama-mii Score: between 8.5 and 9

Ishizuchi Muroka Junmai Funashibori, Ehime Prefecture
This sake smells of bitter melon and cold cream with hints of bubble gum and cotton candy. In the mouth the sake is creamy and just a touch thick on the palate, with flavors of cold cream and bubble gum mixed with white flowers. Made exclusively from Matsuyama-mii rice. Score: around 8.5. 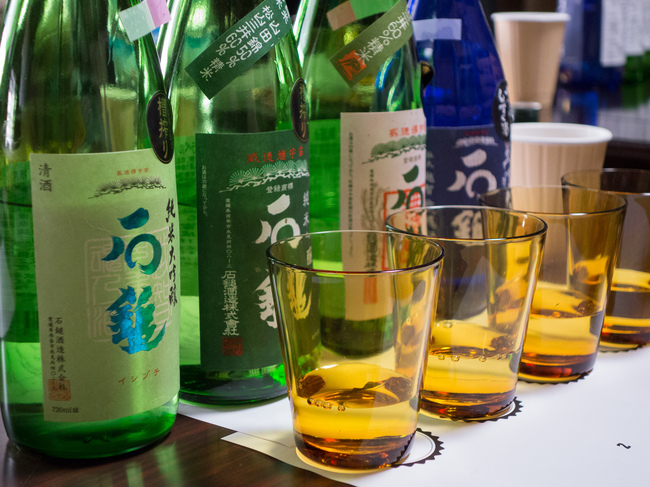