BC – Sparkling With Confidence 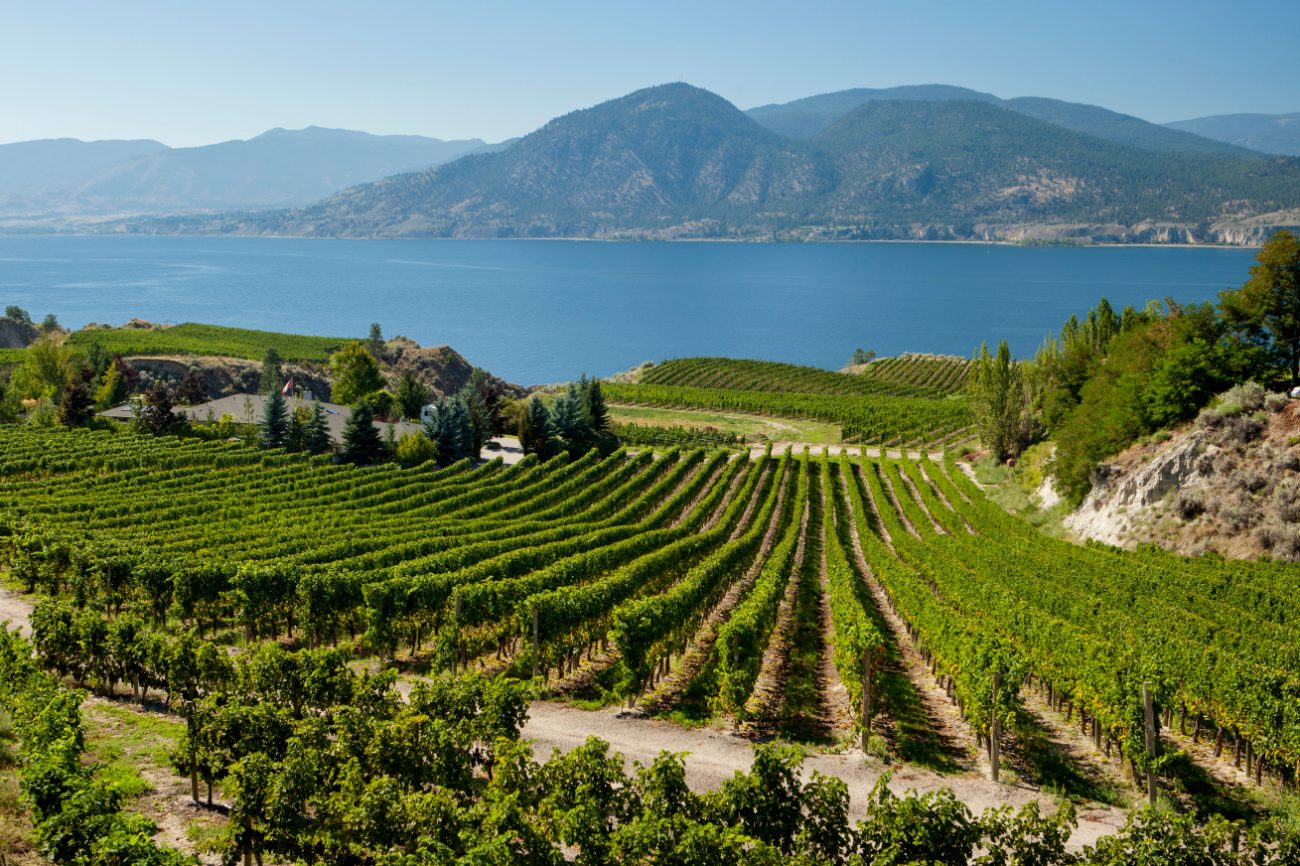 While this column in both name and purpose focuses on the American wine scene, I find it difficult not to pay some attention to happenings only a stone’s throw across the border. The wine industry in Canada’s province of British Columbia has been developing in earnest for only about the last 30 years, but recently it seems to have shifted into another gear entirely, both in terms of quality and sophistication as an industry.

When I wrote ‘a stone’s throw’ a moment ago, that was not merely a figure of speech. If one were to walk east along the US-Canada border from the most northerly point in Washington state, for most of the next 700 km (435 miles) a single step off the border to the north would land you in BC wine country. Sitting between the 49th and 50th northern parallels, the region sprawls east from Vancouver Island, but concentrates around its best-known geographical indication, the Okanagan Valley, where more than 84% of the province’s vineyards are to be found.

It was along the sloping hillsides near the Okanagan Lake (seen above) that wine grapes were first planted in British Colombia around 1859. But for all intents and purposes, the modern BC wine industry didn’t begin until around 1988, when global trade agreements finally created enough competitive pressures to improve the wine quality in what had, until that point, been largely a cottage industry.

‘People made what they made, and were able to sell out their wines to their neighbours, so they had no real desire or need to improve their wines’, says Treve Ring, a wine writer, editor and wine judge who lives on Vancouver Island in British Columbia.

In 1990, British Columbia established the Vintners Quality Alliance, the regulatory body that established the first five of the province’s wine appellations as well as the basic quality standards that allow such geographical indications to be listed on wine labels.

Photo of the Okanagan Valley courtesy of BC Wine.