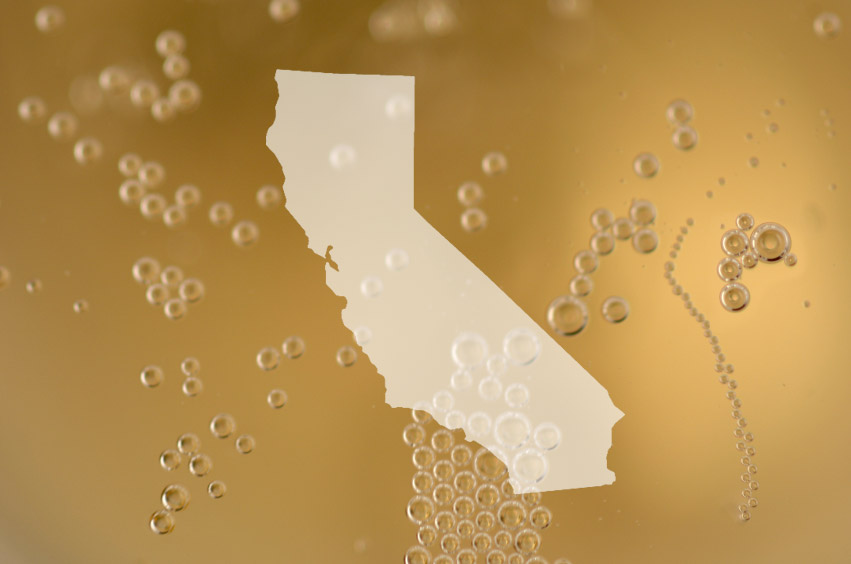 I’ve been having something of an unnerving experience of late. Receiving unsolicited wine samples from all over the world is a regular ‘hazard’ of my wine-writing life. A majority, as you might expect, are California wines, more often than not from producers of whom I know or have heard. Opening a box to find wines from an unknown California producer is always a treat, especially when the wines are worth writing about. Recently, however, I’ve been opening the constant barrage of boxes to discover an increasing number of bottles of unknown-to-me California sparkling wine. While many are not spectacular, most are competently made wines which, out of sheer numbers, suggest that California may have entered a new era of sparkling winemaking.

In 1882 three brothers from what was then known as Bohemia, now western Czechia, founded F Korbel & Bros Winery at their ranch in Sonoma’s Russian River Valley. Perhaps encouraged by the modest interest in Buena Vista’s sparkling wines, they began sparkling wine production in the late 1880s. Surviving both phylloxera and Prohibition, Korbel restarted their sparkling wine production in the mid 1930s and hasn’t stopped since, producing more than 1.3 million cases of wine a year according to the most recent statistics I could find. For the next few decades, Korbel was the dominant sparkling wine producer in California – the modest efforts of producers such as Paul Masson offering little in the way of competition.

But then in 1965, Jack and Jamie Davies purchased the historic Schramsberg property on Napa’s Diamond Mountain with the goal of producing world-class California sparkling wine, producing the country’s first vintage-dated blanc de noirs in 1967. Schramsberg’s success with high-quality sparkling wine was undeniable, and no doubt helped to fuel the expansion of the category that would take place over the next 20 years.