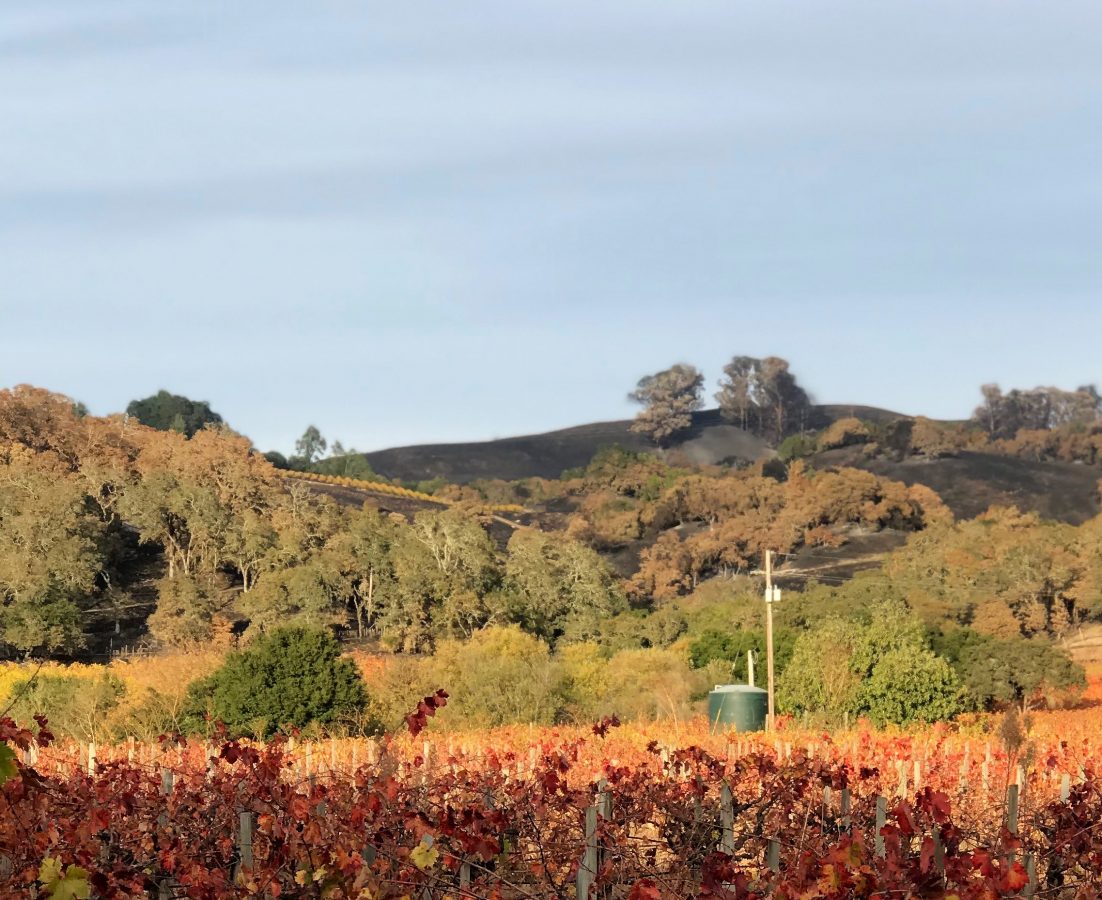 On 23 October, the Kincade Fire exploded to life on the hillsides above Geyserville in California’s Sonoma County, and quickly prompted the evacuation of that small town. Four days later, it had grown to 26,000 acres (10,500 ha) and was threatening the towns of Healdsburg and Windsor (see my day-by-day coverage of the fire in Kincade Fire menaces Sonoma). In response to forecasts of gale-force winds, Pacific Gas & Electric, the local electrical utility, cut off power to more than two million residents throughout the state and authorities evacuated close to 200,000 people throughout western Sonoma County, including winemakers in Dry Creek Valley, Russian River Valley, Sonoma Coast and Alexander Valley, many of whom were still bringing in the last of their grapes for the 2019 harvest.

The fire has been completely contained for more than a week now and residents have been allowed to return home, but I wondered how winemakers dealt with the loss of power and, in many cases, being away from their fermenting wines for almost five days.

‘If it had happened two weeks earlier, to be blunt, we would have been fucked’, said Jake Bilbro, proprietor of Limerick Lane Cellars, who was out of the country when the fire started. ‘As it was, all but one of our fermentations was finished and all the wines were in tank or barrelled down and pressed.’

Bilbro flew home to California on Sunday 24 October and landed to find text messages from firefighters that he knew telling him the fire was around his winery.

‘All of a sudden we went into a period a couple of days long where we weren’t sure if the winery was still there’, said Bilbro, who shared the view across his property above, showing the autumn colours of his Zinfandel in front of charred hillsides.

Bilbro’s family evacuated to a second home in Idaho, while Bilbro himself decamped to the closest hotel room available – 81 miles away to the south of San Francisco airport – and began trying to figure out how to take care of his last remaining fermentation. Eventually he reached one of his employees by phone, who, in turn, managed to convince a law enforcement official to provide an escort back to the winery long enough to punch down the remaining ferment and throw in some dry ice.

‘The wine is fine’, laughs Bilbro. ‘As finicky as wine can be sometimes, things like this remind you just how resilient it is as well.’