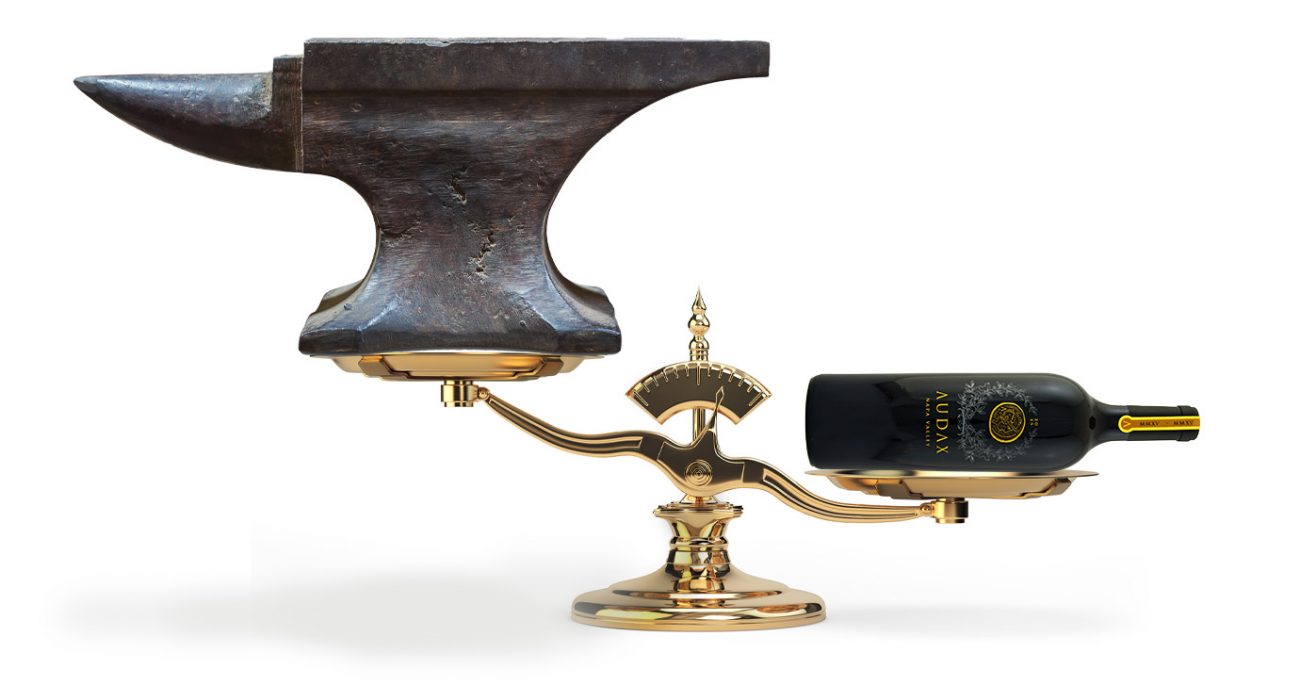 Wine producers the world over invest in unusually thick, heavy wine bottles for the sake of impressive brand aesthetics. But thanks to their weight, these bottles (and their transportation around the world) represent the single largest portion of the wine industry’s carbon footprint and contribution to global warming.

It’s time for us to tear down the aesthetic fallacy of the heavy wine bottle. It won’t be easy, but it is most surely possible, because we’ve done this sort of thing before.

Once upon a time here in the United States, pretty much everyone chose the vehicles we drove merely by the intersection of what we could afford and our sense of self image. In a pre-9/11 world, the logical extension of this principle gave rise to big, expensive cars with bad gas mileage that were followed by bigger more expensive cars with even lousier gas mileage that were eventually all topped by the GMC Hummer.

Modeled on the Humvee, the burly, squat vehicle that played a starring role in the Gulf War, the GM Hummer debuted in 1999 and through three different editions (H1, the H2 shown above, and H3) managed to authoritatively establish the nadir of U.S. automotive fuel efficiency, clocking in somewhere between 9 and 11 miles per gallon.

The redesigned Hummer H2 launched in 2002, and with rising gas prices, increased understanding of global 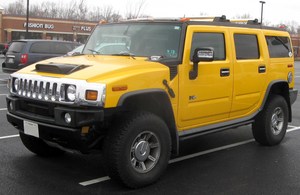 warming and rising scrutiny of our Mid-east relationships following 9/11, public sentiment eventually decided these gas guzzlers represented the worst of our national inclination to excess.

At the height of Hummer hating, eco vandals slashed tires, sprayed graffiti, and keyed the sides of Hummers in parking lots and even at stoplights. At one point some protesters even set fire to the vehicles in dealer parking lots in Los Angeles.

Eventually described by Time Magazine as an “unnecessary SUV that signals pure contempt for one’s fellow man,” and by AutoTrader as “the most embarrassing car you can buy” Hummers fell so low in public favor that the entire line was discontinued in 2010 after the previous year’s sales barely topped 1,500 vehicles. America had finally decided that some things were more important than aesthetics.

The carbon footprint of global wine shipping is enormous. When you include the emissions involved in glass production (which the industry has taken great pains to reduce in recent years) experts suggest that close to 20% of every winery’s carbon footprint comes from manufacturing and shipping those glass bottles. And that is true for the mere average wine bottle, which clocks in at roughly 1.1 pounds, or roughly 500 grams. I regularly receive wine samples packaged in bottles that weight twice that amount, and that’s before the weight of the ostentatious metal medallion they have stamped on their front. A case box of such bottles can weigh close to 50 pounds. Or roughly 18-20 pounds more than it really needs to.

Which is why I was frankly nonplussed to see fellow wine writer Robert Joseph’s article “An Argument for Heavy Wine Bottles” back in January of this year. I tend to agree with much of Joseph’s writing, and I’m thankful for the contrarian approach he takes to many subjects that are all too often assumed as gospel in the wine world. But in this case he seems to have gotten it so very wrong.

Joseph equates the heavy wine bottle to a hardback book, suggesting there is value in its mere aesthetics, making it superior to a soft-cover or an e-book.

“Most books no more need hard covers or indeed any kind of printed format than most daily-drinking wines need anything more than a refillable bottle or environmentally-friendly bag-in-box,” writes Joseph. That’s true enough. But he then continues: “Nicely produced hardback books, however, are undeniably aesthetically more pleasing and satisfying to receive and own. And so – to their buyers and recipients – are heavier bottles.”

Yes, Robert, so were huge SUVs that got 9 miles to the gallon at one time in America. But we got over it. Just as in 1917, outrage over the decimation of bird populations thanks to the popularity of ladies’ hats adorned with egret and other feathers directly led to the passage of the Migratory Birds Treaty Act of 1918. Eventually becoming known as the “white badge of cruelty” these once-admired fashion items all but disappeared in a matter of months as celebrities and newspapers drove a groundswell of public outrage.

The time has come for the wine industry to suffer the same outrage, and for wine writers, critics, and consumers to stoke the fires underneath them. I have been calling out obscenely heavy bottles in my wine reviews for some time, and will continue to do so, with increasing prejudice and ire.

Heavy wine bottles are the wine equivalent of a fancy SUV with shitty gas mileage, and it’s time, wine industry, to move on. Even the Hummer has.