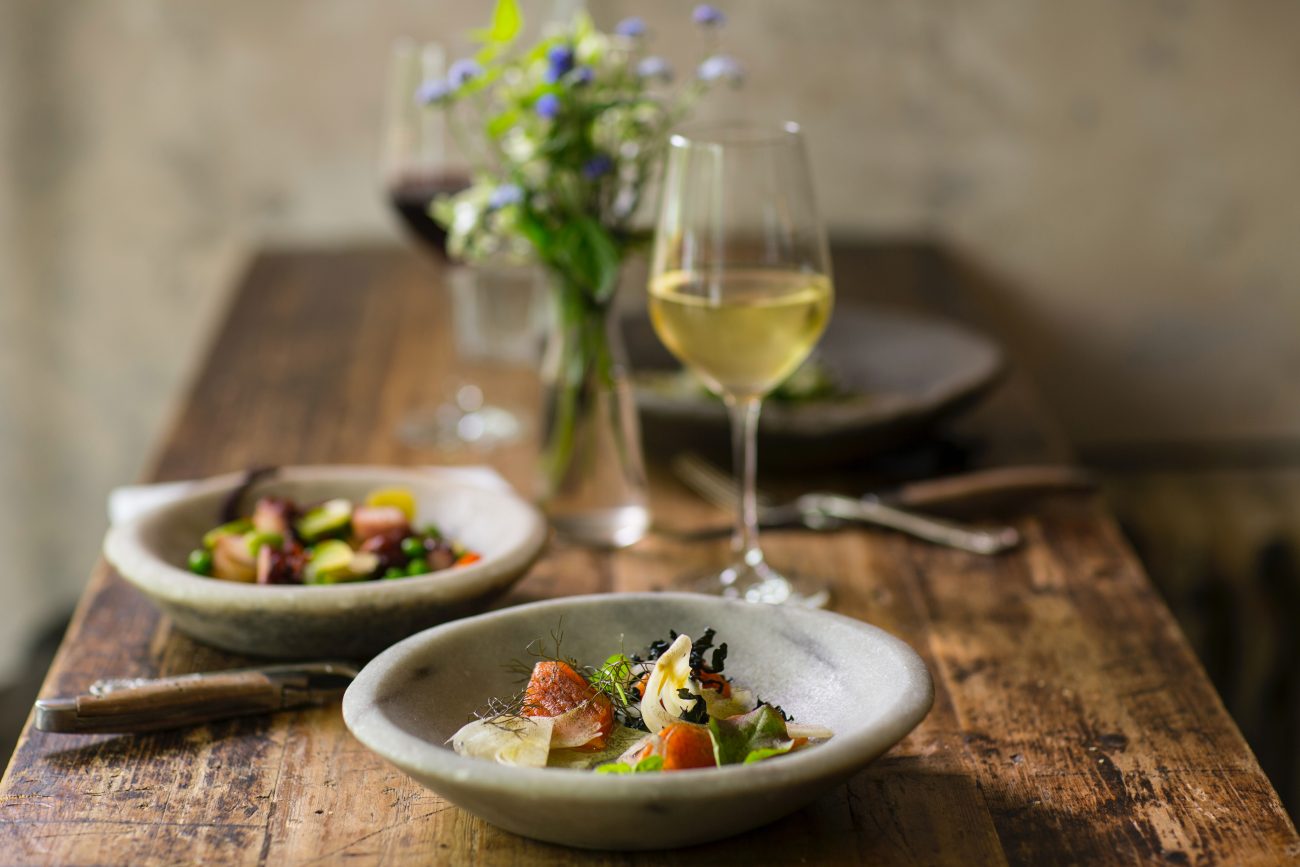 Terry Theise wrote a response to my slightly provocative piece on the the fact that food and wine pairing is junk science. He sent it to me before publishing it, and that resulted in a bit of back and forth that we decided to publish in addition to our respective blog posts on the topic. If you’re just joining this topic thread, you should read stuff in the correct order: my piece first, then his response, and then the dialogue below.

ALDER YARROW:
Lovely piece. Don’t feel misrepresented at all, In fact if you do detect something slightly populist, and I’m a bit aghast that I’m even saying this, it’s really deliberate. I think the whole problem with wine and food pairing as a concept is that it is an establishment elite driven idea, and what everyone just needs to do is calm the fuck down and eat and drink really good things and learn from the experience.

I am in fact advocating we throw away the map because honestly people can’t get that lost. And what we give it to them by empowering them to explore the landscape fully and completely by themselves is a confidence that the dominant culture of wine strips away with its intellectualism

I do wonder though, how you draw the lines. “I think the whole problem with wine and food pairing as a concept is that it is an establishment elite driven idea,” is an interesting framing because it suggests that pairing is endemic to the “fine dining” experience, which one could argue is also elitist and establishment driven – or was until quite recently. So how are, for example, tasting menus somehow acceptable but pairings are elitist? (And BTW, I never do pairings, mostly because I also don’t do tasting menus unless they’re unavoidable.) I have very rarely been in a situation where my table hadn’t already “calm[ed] the fuck down” about what we’d drink, but that’s because I eventually stop going out with tedious wine-geek friends. So I myself am calm, engaged, absorbed, eager to see what it will all be like.

If you accept that we should learn from experience, then when we have learned, or when we’ve amassed enough experience to kind of know what we’re doing, then what? If we find the combining of flavors to be interesting and we’re reasonably relaxed and good at it, have we become establishment elitists?

I ask you to think hard about your last statement, because I personally don’t think it is intellectualism, but rather a simulacrum of exactitude that feels “intellectual” because of the appearance of Great Effort it claims to have entailed. It’s pretension, in other words. It does no one any good, I agree. But neither does the opposite, and I’ve seen people get plenty lost and consume some truly wretched combinations they could have avoided with a smidgeon of thought, and open-mindedness that some people have more experience and greater knowledge than we do.

ALDER YARROW:
Wine flights along with tasting menus aren’t the problem, they’re a symptom of the general cultural malaise and an easy thing to point at as not something that should go away (it’s a free country, and they do serve a purpose for many diners) but as an example of how consumer expectations and cultural paradigms of the sommelier and wine+food are way out of whack. The idea that primarily (or only!?) someone with a pin on their lapel is capable of delivering you a wine that matches so well to your dish that you have an orgasm with each course is the issue. That’s somehow gotten to be a generally accepted trope, and it’s false on the front and back, or top and bottom. That’s what I’m attacking.

And of course this whole subject isn’t a problem for the people who already know what they like and what they want to drink (i.e. those that have already calmed the fuck down), it’s only a point of view about what gets foisted upon those who are just beginning their journey.

I accept your suggestion that this is all more likely a simulacrum of intellectualism. If the words weren’t so weighty and overblown to use in a context as frivolous as food and wine I’d suggest perhaps “cultural imperialism.”

TERRY THEISE:
I appreciate your strength of feeling. I myself have sometimes discerned a weird kind of machismo in the “somm” community. Isn’t there something called “sommelier boot camp?” Those are words that just shouldn’t go together, like “Simian flan” or “Emetic jewelry.” And yet I know a bunch of MS’ who are absolute sweethearts, at least on the floor, and who really evince a dedication to service and hospitality and anti-snobbism.

Where I hesitate in concurring with your argument is with some of its conceptual architecture. A term like “cultural expectations” has a sociological ring to it. Can either of us really know what people expect when they engage with a somm, or whoever’s the person coming over to take their wine order – if that’s someone other than the server who took their food order.

This brings me to another caveat. I’m not so sure that people “just beginning their journey” are wincing beneath all the cultural expectations being foisted on them. After all, those people are unlikely to commence their skirmishes in the wine/food nexus with the kinds of places who’d even employ a somm, let alone a master somm. They’re more likely to be in casual places – to include “casual-fine” dining type-places – which make a point of simplifying the wine experience.

But let’s say the naïf finds himself in a big-deal resto and feels overawed. Nothing like wine to make a poor soul feel inadequate. And yet – wine has really lost its hegemony over the beverage option even in that kind of establishment. Feel intimidated by wine? Order cocktails or craft beers or, if you really want to impress your date, Sake. And if you feel you must engage with wine, I argue that your odds of a harmonious match are increased by following the somm’s lead than by leaving it to chance (or by ordering “the Merlot” because it’s in your price range and your last girlfriend liked Merlot). I fully grant you that this expertise comes with a lot of baggage, much of it otiose and unattractive, yet it’s a slippery slope when we start to beat up on expertise, in any form.

For all that, I sympathize with your case and am inclined to agree with many aspects of it – yet in the end I find it troublingly categorical.

Some times years ago when my first book came out I did a couple pieces for Serious Eats along lines of “Smart questions to ask your somm,” trying to arm the hapless diner with something that might produce a useful interaction. Except of course my readers were a self-selected group who’d be looking at something like Serious Eats in the first place. But it’s the approach I’d personally suggest, rather than just sweep the whole thing away with mudslides of rhetorical fustian.

So that’s where we left it. What do YOU think?

Photo by Stefan Johnson on Unsplash