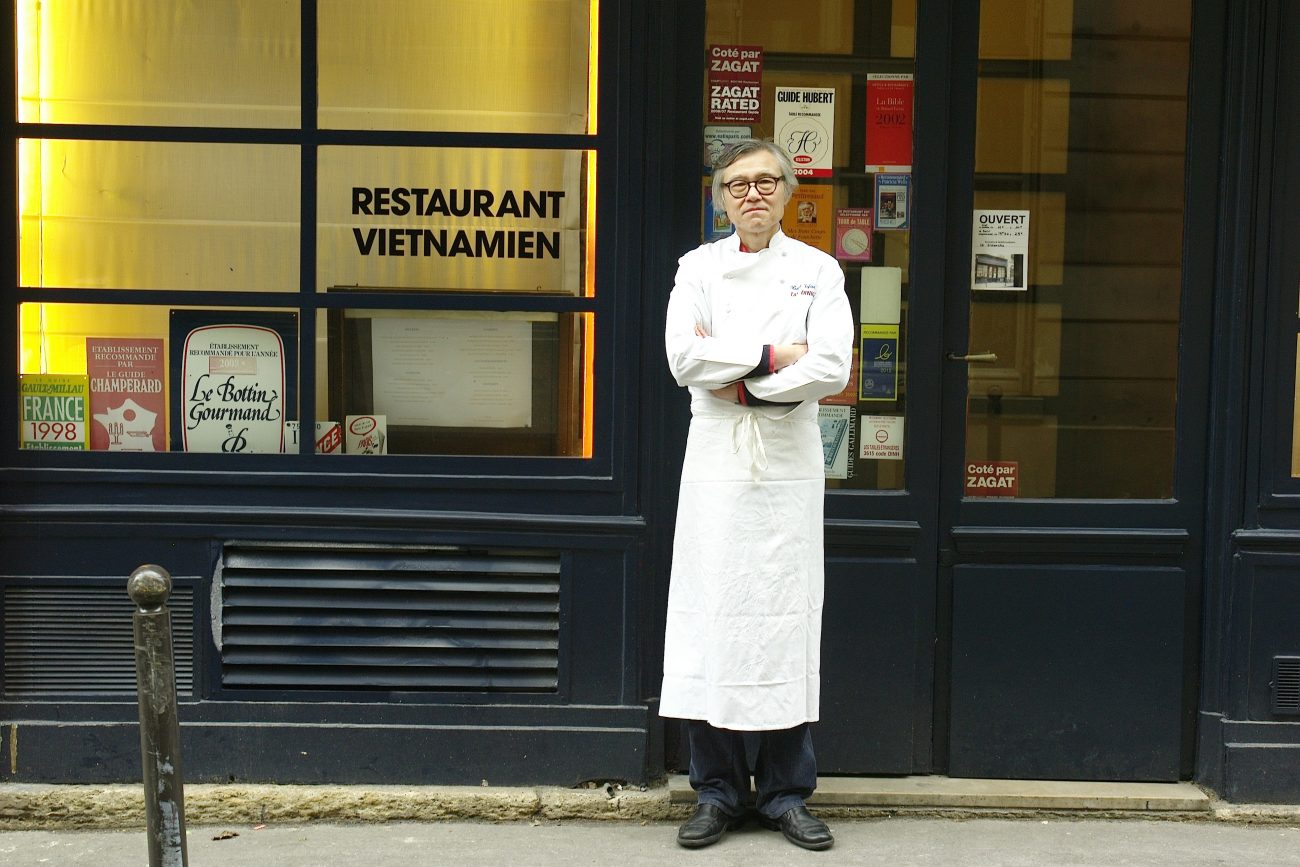 Episode 485 of I’ll Drink to That! features Chef Robert Vifian. Robert is the chef and co-owner of Tan Dinh, a Vietnamese restaurant located in Paris, France.

Robert Vifian was born in Vietnam, in 1948. As a young man living in what was then known as Saigon, he focused on playing the hits of The Beatles and The Kinks, rather than dwelling on the nearby threat of the Tet Offensive. His family having moved to Paris, he would move to meet them there. He joined his mother in the kitchen of the Paris restaurant she had begun in 1968, known as Tan Dinh. Today Robert is the Chef of Tan Dinh, and the restaurant’s wine cellar is packed in every possible direction with bottles of rare Burgundy, Bordeaux, and California wines. Robert, having developed a passion for wine in France, soon began organizing tastings, and searching shops for extraordinary bottles. In this interview, Robert gives his thoughts about producers whose wines he has tasted for decades, including Domaine Coche-Dury, Domaine Comtes Lafon, Domaine Leflaive, Domaine Henri Jayer, and many others. He also discusses Bordeaux’s Right Bank wines and remembers early meetings with Jean-Claude Berrouet and Michel Rolland. Plus, he shares his memories of Steven Spurrier, the person who first introduced him to American wines.

The period of the 1960s, 70s, and 80s was a period of change for Robert, and for top French wines in general. As each changed, they grew closer together. A happy circumstance for both.

END_OF_DOCUMENT_TOKEN_TO_BE_REPLACED

I’ll Drink to That: Erin and the Volcano

Episode 488 of I’ll Drink to That! features a tour of Pico Island, a part of the Azores archipelago in the Atlantic