My First Message In a Bottle 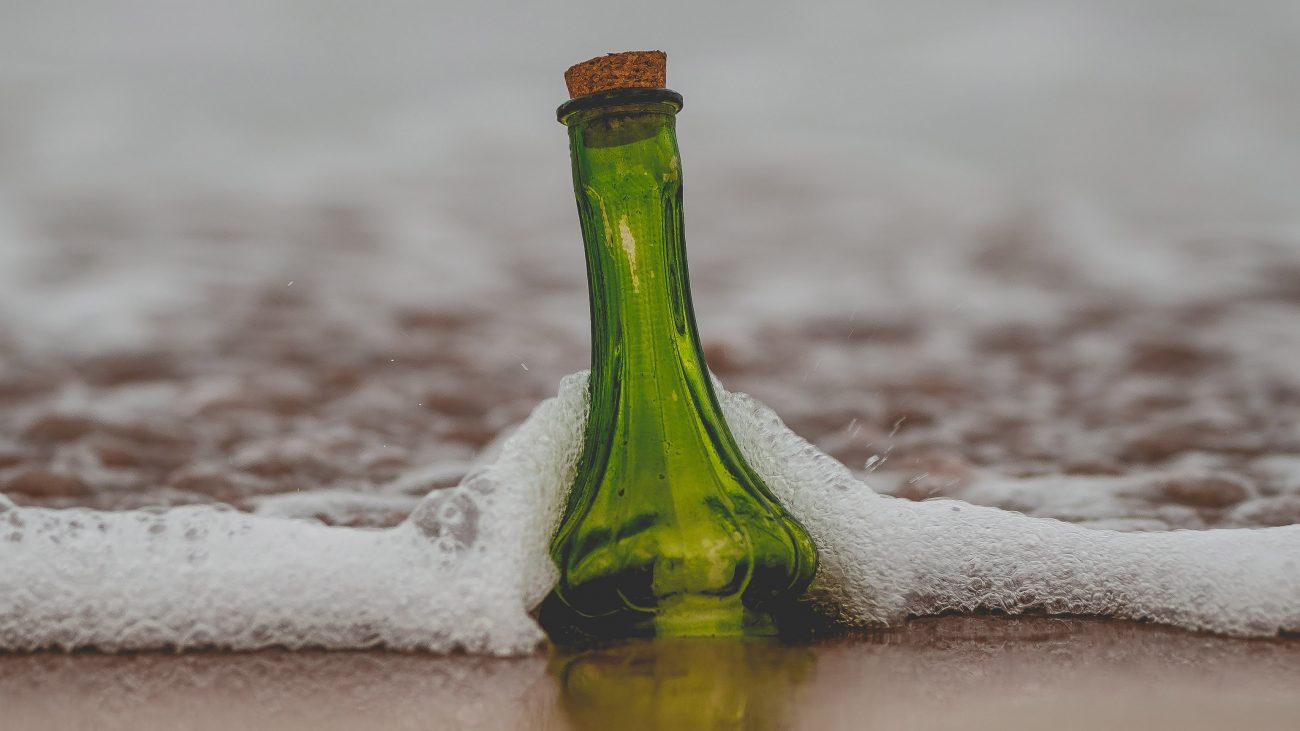 I’m very proud to announce something new here at Vinography. Today marks the launch of my position as the monthly wine columnist for Gastronomic Meditations, a recently begun but already great online magazine about the pleasures of food and wine. My column, “Messages In a Bottle” will be a monthly exploration of what I find so compelling about wine and the wine world. I’ve spent enough time criticizing and bemoaning the state of wine writing in the English speaking world, but now no one can claim that I’m not trying to do something about it.

Searching, Too
By Alder Yarrow

Over dinner last night, an old, dear friend asked me when it was that I became a wine lover. He then proceeded to tell me, in not so many words, that when we knew each other in college, I was the last person he would have expected to turn into a wine critic and gourmand. We had a good laugh and kept drinking, but his question got me thinking about how it was that I, or anyone for that matter, could go from a simple drinker to a devoted disciple.

I’m pretty sure I haven’t had one of those moments that some people describe, where I take a sip from a glass, my head snaps up, and I say to myself something along the lines of “Wow, so this is what the fuss is all about.” Of course there have been dozens of small epiphanies over time, like the first time I really smelled and tasted chocolate in a wine, or when I had a sip of my first Sauternes, but the more I try to trace a line back through all those bottles, the more I feel like I’m trying to thread an invisible needle.

The truth is, I have always loved wine. Even before I had my first sip, I had perhaps what you’d call a chemistry set attraction to alcohol — the interests of a scrawny ten year old who saw bartending as something vaguely akin to the workings of mad scientists in their labs. There was something compelling about dozens of bottles with various colored liquids behind a bar. And how cool was champagne — a drink and projectile all wrapped into one? Even though it would be nearly a decade before I figured out how to open a bottle of wine without putting it between my knees, as a kid, I had plenty of adults willing to humor me as I eagerly offered to open and pour the wine at weddings, parties, and even book groups.

Eventually, I even got paid to serve wine, working for a small town caterer who was willing to let a precocious and overly enthusiastic kid serve the wine at parties as long as they were in private homes. By that time, I had, like most teenagers, gotten around to actually tasting the stuff, and my tastes leaned heavily towards pink. The preoccupation with fruit flavors didn’t change much even through college, where in the liquor stores of Europe I discovered the joys of liter bottles of Mateus, a Portuguese rosé that kicked the butt of every White Zinfandel I had ever had.

Those early memories of wine are relatively easy to retrieve, but the transition from the bohemian tastes of a college exchange student to whatever you want to call my sense of wine now (my palate? my preferences? my passion?) is foggy, a maze of fits, starts, and stumbles through a gradually resolving landscape around me.

The process of arriving at a point where we are not only aware of our preferences, but where we have also formed a set of judgments about what is good and what is crap — this process is a journey down a cultural, social, and psychological road. There is a certain amount of understanding to be gained through an analysis of these factors that shape a person’s critical faculties with regard to food or wine. I have an acquaintance, for instance, who maintains with a certain amount of credibility that people have a basic set of tastes that are established early in life — a sort of personal terroir if you will — that is highly geographical in nature and based in one’s culture and regional foodstuffs, soil, and even water chemistry.

While it’s interesting to me to explore these ideas in pursuit of an afternoon’s intellectual stimulation, I believe there is something to our relationship to wine that is both literally and figuratively beyond science.

In the swirling eddies that explore the nooks and crannies of a mouth filled with wine, chemical interactions take place that are so complex we’re barely now starting to unravel them. We somehow taste and smell at once, inseparably engaging multiple senses as our bodies and our brains work together to create an experience that is a tapestry of physical sensation, flavor, pleasure, nostalgia, intuition, and ultimately, imagination. The line between what we perceive from wine and what we project into it is not a line at all, but a smooth transition between the chemistry of our bodies and the unknowable workings of our own minds and, if you are so inclined, our spirits.

I don’t think I will ever be able to point to a specific moment that I fell in love with wine, because I am still falling. I hope there will never be a point where I can say, definitively, what my tastes are for wine, because I don’t think there will ever be a point where I have learned enough. There are some mysteries in life that don’t need solving; they merely need to be recognized and celebrated, sought out again and again as inspiration and sustenance. The enduring passion, the drive that has kept humanity toiling in the vineyards and the cellars for millennia is the distinctive individual relationship that is renewed every time each of us fills a glass.

This is the passion (and the humor, mystery, and history) that I want from wine writing, so that is what I am going to try and pour into this column every month. I hope you will join me, and let me know how I’m doing in my effort to capture some of the things about wine that are the most elusive and the most entertaining.