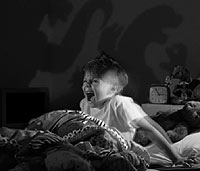 Thanks to Andy over at Spittoon for pointing out an interesting article by Michel Smith over at Slow Food, on wine, terroir, and the increasing numbers of small vintners around the globe. It’s a great article that I agree with 98%. I’m sure I’m going to get into trouble by spending a couple of minutes here on the two percent that I take issue with, but hey, that’s why I have a blog and not a magazine that y’all pay for every month.

One of the great things about the article is that it points out the growing proliferation of small, quality producers of wine in both the New World and the Old, where many folks are reviving “old terroir” — vineyard plots that have been neglected for years, or carefully establishing new ventures on good soil. Smith also is one of the few writers who play with this supposed dichotomy of big-production “international style” and hand-crafted “terroir wines” that points out that all signs point to the fact that these smaller, high-quality wines are not only NOT in danger of extinction at the hands of some monolithic evil force of “Coca-Cola style wines” but are in fact multiplying and gaining strength by an attempt to avoid, protest, or even just differentiate against that supposed enemy.

My issue with the piece, and with all such arguments that pit these small winemakers against this force of internationalization, is the the insistence that this threat of mass-production exists at all.

Smith asks at the beginning of his piece “So then, international wine or signature wine, how should today’s winemaker react? And should he opt for mass-produced or hand-produced? What are wine lovers of the future going to go for?” This question is easy to throw out there as a way of constructing a polarized argument, but stop and think for a moment — do you REALLY think that any winemaker actually ever asks themselves this question? I submit that this is a ridiculous and contrived dichotomy, one that manufactures a dilemma where none exists. Why? Because people make this choice, I would argue, without even thinking about it. You’re either someone who works in winegrowing or winemaking with an orientation towards crafting to the best of your ability and means something authentic, or your someone for whom the economics of the business is more important. Which isn’t to say that you can’t be both — indeed, most winemakers and winegrowers are — but I’d suggest that there comes a point, or many points more likely, where you have to make a choice between quality/authenticity/smallness and economics/scalability/efficiency/etc. Some people will go one direction most of the time, while other people will go the other direction most of the time.

These two different orientations don’t represent the Light Side and Dark Side of the force, they simply represent two equally valid and equally necessary aspects of reality. The market demands larger production, less expensive wines, just as it does the artisan wines. Both must exist and should exist because the wine consuming public couldn’t grow and sustain itself without them. If all we had were the small production wines of the world, then wine would be even more of an inaccessible product than it is right now.

So while Smith and so many others have gotten right their portrait and celebration of the beauty, truth, and passion that can only be expressed in the equation of one hand, one vine, one barrel at a time, they have also conjured fearsome specters that send people running scared unnecessarily.