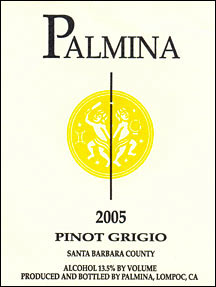 You know how some entrepreneurs seem to start businesses in their sleep? They create a company, make it profitable or sell it to someone, and then it seems like a week into their “vacation” they’re starting another one, and another. The most successful of these seem to have the Midas touch, with each business more successful than the last, as if they can’t help but make tons of money.

There’s an analogue to this type of personality in the wine world, and it is readily demonstrated by one Steve Clifton. Clifton is best known for his partnership in Brewer-Clifton wines with friend Greg Brewer, but in the last ten years he has started no less than three different successful wine labels, as if he just wanders around and they seemingly fall out of his pockets.

But don’t let my joking fool you — Steve Clifton is a man who knows what he’s doing.

After falling in love with wine in college as a waiter in Italian restaurants, his love continued to grow through the 1980’s as a young musician and aspiring nightclub owner. In the early 1990’s Clifton started making wine in his basement and took a series of jobs in wine sales and marketing where he met Greg Brewer, who was following much the same path. Together they decided to start a winery focused exclusively on combining their love of Burgundian varietals and the appellation in their back yards: the Santa Rita Hills.

Getting fruit from what they call “extreme vineyards” in the appellation, Brewer-Clifton rapidly shot to recognition as on of the best producers of small-lot Pinot Noir and Chardonnay in the region.

You would think that Clifton would have his hands full managing one of the hottest new labels in Santa Barbara County, but a few years later he started playing with Rhone varietals, and then suddenly the world was chasing after another new label: Alder Wines (no, they did not ask me before they started it).

Sandwiched in between these two projects, Clifton apparently couldn’t restrain his affections for Italian wines or for an Italian educated woman named Chrystal, so he married her and started Palmina Wines, though not necessarily in that order.

Palmina is a small family run operation — Steve makes the wine and Chrystal manages the books — focused exclusively on Italian varietals. Chrystal’s fluent Italian has helped the couple build relationships with a number of Italian producers who have helped the couple keep their wines true to the old world styles and techniques appropriate for each varietal. This is important, because Palmina is both literally and figuratively breaking new ground in California in its attempts to grow some lesser known Italian varietals.

The winery produces Traminer, Tocai Friulano, Pinot Grigio, and Arneis, along with several Nebbiolo based wines; a Sangiovese and Merlot blend that utilizes the passito method of drying grapes before pressing; a Dolcetto, and a blend of Cabernet Franc, Merlot and Refosco.

Like all the Palmina white wines, this Pinot Grigio was fermented and aged completely in stainless steel tanks before bottling with a stelvin (screwcap) closure. The grapes for the wine come from Ashley’s vineyard and the Thompson vineyard. The two vineyards have fairly different characteristics — the former being a much cooler site with wind and fog influence, the latter being a warmer, sunnier plot. The grapes were picked a week apart and fermented separately before final blending and bottling.

Tasting Notes:
Pale, straw-gold in the glass, this wine has a soft, somewhat shy nose of mineral and Asian fruit aromas. In the mouth it is bright with acidity and flavors of lemon zest, grapefruit, and a pleasant mineral undercurrent that keeps the wine dancing on the palate. The finish is substantial and pleasant, leaving a very nice impression in the back of the throat without a trace of the oily, slightly alcoholic taste that plagues many California Pinot Grigios. This is certainly one of the better examples of that category in recent memory.

Food Pairing:
I drank this wine courtesy of the generosity of one of my readers (thanks Hector!) with a truly stunning dish of cucumber gelee in tarragon cream, drizzled with cumin yogurt and cumin oil, and sprinkled with cumin seeds. It was a lovely match.