Messages In a Bottle: Stalking the Ten Dollar Wine 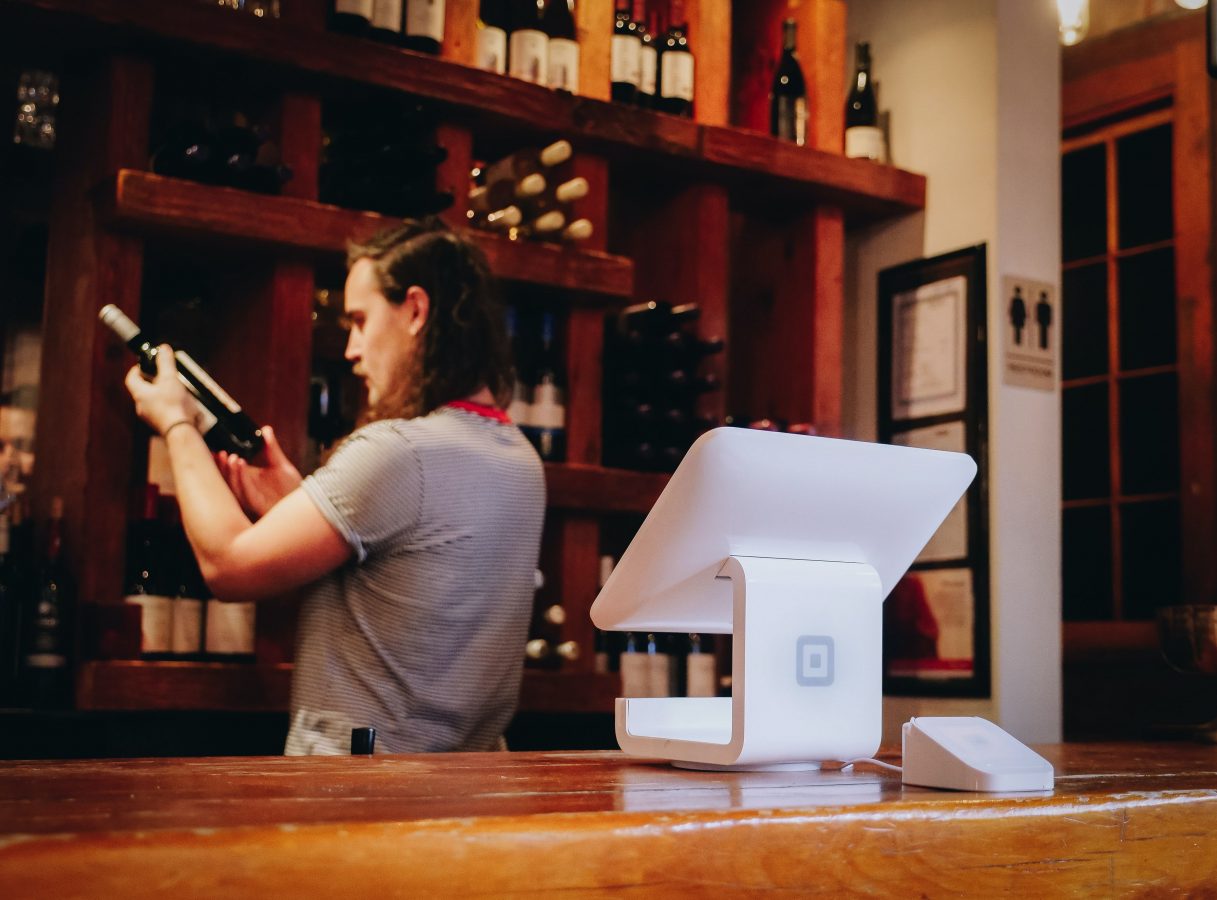 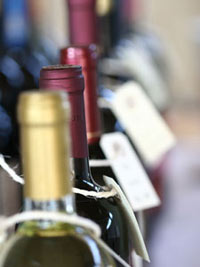 We’ve been chasing after them for as long as we’ve had legs to run and the extra brain cells required to do more than avoid falling on our faces; from Nessie to Yeti to Sasquatch to Squid, the allure of mythical beasts has been too strong to resist. They are symbols of the barely attainable, while also being fragments of the deepest hopes and dreams our little brains are capable of rendering. It seems that collectively we have enough hysteria to generate these imaginary creatures ad infinitum, and I’m sure we’d be content with forever hunting ghosts of our own making. But to add to the excitement, once in a while someone miraculously manages to “catch” one, causing a collective global raising of the eyebrows that is nearly palpable. We don’t have a unicorn yet, or Bigfoot, but we got the Coelacanth and the giant squid. Can the Yeti be far behind?

For wine lovers, one of the greatest quarries of the modern age is the fantastic Ten Dollar Wine. Some of us seem to remember a time when such a thing was common ” a time when rampant capitalism and global markets had not yet discovered the wine valleys of the world, and you could buy second-growth Bordeaux for eight bucks. Those of us under forty scrunch up our foreheads at stories like this, suspicious of the power of nostalgia while at the same time intensely jealous of those who can remember a day when good Burgundy was under fifty dollars a bottle.

But such is the oral tradition that documents every elusive quest. Stories, told and retold, bring us back to prowl the aisles of wine stores around the globe with narrowed eyes and alert senses, hunting something that may have gone extinct decades ago. Yet every once in a while we hear credible enough reports, or we taste traces of it ourselves that renew our hope, and those who may have abandoned the quest begin again, while those who are younger and more adventurous may be spurred out of their youthful torpescence into passionate pursuit.

Every good quest needs a map with pins stuck in it; a blurry photograph; a piece of parchment with a crude “x marks the spot” scrawled on it; a shaky video ” something to direct the next wave of exploration, another link in the perpetual chain of myth-making. So I offer you my map, cobbled together over the last few years in my mental scrapbook.

As I’ve gotten older, I’ve lost some of the stridency and idealism of my youth, which means that if after a long chase my prize is a twelve dollar wine instead of a Ten, I’m as likely as not to drink it anyway, so please forgive me if my addled recollections below lead you to wines that are just barely too big for the ideal dimensions of your Ten Dollar trophy case. Also, I must acknowledge that some of you are the victims of a horrible state of affairs known as government or state-run liquor distribution monopolies, which means that some of my specific suggestions will be impossible for you to find. I’m sorry. My advice to you: Escape when you can ” life is too short to drink bad wine.

The Land of Minerva
I actually don’t know if the Minervois region in the south of France has anything to do with Minerva, the Roman goddess of crafts and wisdom, but the wise wine buyer should take a look at the incredible values being crafted in this sunny part of Provence. Some familiar grapes such as Syrah and Cabernet can be found, but they will almost always be blended with varietals that may be unfamiliar to many American drinkers: Grenache, Carignan, Cinsault, Mourvedre, Picpoul, and more. Bottles in the sub-$10 range abound, but my favorite is right in the mythical sweet spot. Try the 2003 Borie de Maurel Espirit d’ Automne, Minervois for $9.99.

Beware the Gauchos
If this were a novel or a feature film, the search for good value wines in Argentina would most certainly include a dusty showdown with the famed horsemen of Argentina’s steppes. Of course the Gauchos might become a bit more friendly over a bottle of the local Torrontes, a highly aromatic white that, when treated right, can make for a lovely accompaniment to seafood and Asian dishes. Not all Argentinean wines are created equal, however, so you must choose carefully. I recommend the 2005 La Yunta Torrontes, which comes nicely screwcapped, a feature that any Gaucho could appreciate.

The Moor’s Latest Sigh
Raised from the ashes of disuse and neglect, under-appreciation and under-funding, the wines of Spain have regained some of the glory last seen when some of the fabled Moorish castles populated the land. Much of the best wine is in the “collector” category and out of reach for the average human, but one dogged producer is making the stuff of legend ” bottles of Ten Dollar Wine that are actually scoring in the low 90s for major wine critics. Borsao is the name whispered now amongst the marbled and mosaic dotted halls of Spain, at least those where bargain hunters who enjoy Grenache can be found. Try the 2004 Borsao Tres Picos Garnacha at the perfect price of $9.99.

California’s Invisible Wineries
While the old world makes magic with restored wonders of the ancient past, California seems to be taking a cue from its silicon present and jumping into the virtual world. The latest fashion is wine without a winery ” new labels appearing out of nowhere to surprise bargain hunters, and sometimes disappearing just as quickly. Certainly the wines of Cameron Hughes tend to disappear quickly (sometimes within a day) when they hit the shelves of Costco, but that is to be expected when his Ten Dollar bottles contain wines that would ordinarily have sold for two to four times that price. For those not adventurous enough to brave the aisles of super stores, Castle Rock Winery also buys not-to-be-named expensive wines to blend for your pleasure, and can be found at many wine stores and online.

Just Ask Socrates
Greece, too, is a former wine superpower now fallen from grace, all because someone decided to add a little pine sap to their wine. The continued production of Retsina embarrasses the most serious Greek winemakers, and tends to add an air of danger to explorations of Greek wine, as it’s hard to know when you’re going to fall into a bottle of resinous, bitter, piney pain. But let me steer you around the pitfalls and suggest that in a land of hundreds of indigenous grape varieties, there are more than a few undiscovered ones worth sampling. I recently had a 2005 Boutari Moschofilero from the Peloponnese peninsula, and while it edges beyond the sweet spot of our price range, at $13 it is a worthy detour.

The Boot is Brimming
As a kid I was always confusing the Greeks and the Romans, and truth be told, I sometimes get them mixed up today, not remembering who came first and all that. But I do always remember that the Greeks lived in Greece and the Romans lived in Italy; I also know that if it ever came to any gladiator match between the two over indigenous varietals, the Romans, or more correctly their modern-day descendants, would win hands down. Italy is a wine bargain hunter’s paradise, but you’d never know it from the stale selection of crappy Chiantis and bank-busting Barolos that most places carry. Instead of these familiar names, the intrepid wine lover should be looking for the generic term Rosso or Bianco, or the specific names like Soave, Puglia, Salento, Sicilia, Calabria, and Abruzzo. The south of Italy, as well as Sicily, is a treasure trove of incredible values for lovers of both red and white. An example: The 2001 Azienda Agricola Palama “Albarossa” Salice Salentino from Puglia for the magical $9.99.

There’s the map; it’s up to you to find your way. Don’t bring back more than you can easily carry, or at least hire some help. You want wine to improve your life, not throw out your back.