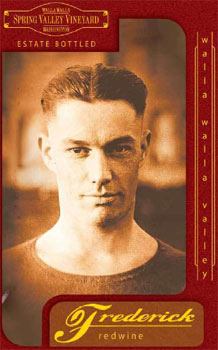 I’m ashamed of the city I live in. Really.

I’m normally so proud at the wine sophistication of San Franciscans. Collectively we support dozens of great wine stores that carry an amazing range of wines, hundreds of restaurants with corkage policies, and we provide a home base for some of the best wine tasting events in the country.

So imagine my surprise when I walked into a very large and very prominent wine store (which shall remain nameless) today looking for a bottle of Washington State Cabernet, and there were only two extremely inexpensive ones on offer. That’s not what I’m ashamed about, though. What really makes me embarrassed, is that after accosting the manager of said wine store with the question, “So you really are only carrying TWO Washington Cabs?” he told me that he used to carry several more, but no one ever bought them. In fact, he went on to say, he had tried multiple times to feature Washington state reds in various ways in the store, but they always just sat on the shelf, so he was forced to keep them all in his warehouse and just sell them online, where there seemed to be at least some demand.

Shame shame shame. It’s as if us Californian’s have gotten so patriotic that we only ever want to buy Napa Cabernet. Shame on us, and what a shame for us at the same time.

The state of Washington has been producing some extraordinary red wines for a couple of decades, though it got a sleepy start compared to California wine country. Just after prohibition it was best known for producing Concord grape wine, but that proved to be a short lived industry and in 1969 there were only two operating vineyards on the eastern slopes of the Cascade Mountains where most of the winegrowing is done. While California began to boom in the early 1970s, Washington slumbered, but by 2005 there were nearly 350 wineries in the state and almost 50 are added each year with no sign of slowing down.

Spring Valley Vineyard has been producing wine in the area of the Walla Walla Valley from which it takes its name for more than 15 years. While growing grapes is a relatively new phenomenon for the family owned enterprise, the Corkrums have been growing crops in nearly the same spot for more than 100 years, almost before the area even appeared on maps. The family’s patriarch Uriah Corkrum arrived in the area in the 1800s and began what would be a long and tumultuous career as a farmer in the area — a career that would see him make and lose more than one fortune at the hands of nature and the broader economic climate.

The family’s current farm in Spring Valley was purchased by Uriah in 1910 and two subsequent generations of Corkrums harvested its wheat until they got the inkling that there might be another, more valuable crop to grow. Their initial 2 acre Merlot vineyard and the subsequent 38 acres of vines that have been added since are under the care and direction of family scion Shari Corkrum Derby, her husband Dean Derby, and his brother Gaynor Derby.

Winemaking at Spring Valley Vineyard is a family business, through, and through, and one look at their wine labels makes this abundantly clear. Each wine that they produce is named after a progenitors, and is graced with an often beautiful old photograph of the individual in question.

This wine is named Frederick for Frederick Corkrum, Uriah’s son and Shari’s father. Frederick grew up in Spring Valley on the family farm, and in addition to his good looks, was responsible for driving the mules in all aspects of their work on the farm.

Made of 59% Cabernet Sauvignon, 24% Merlot, 12% Cabernet Franc, and 5% Petite Verdot all from the family’s estate vineyard, this wine was aged in 95% new French oak and 5% new American Oak. Apart from these facts, I do not know much more about the winemaking, nor do I know much about the family’s viticultural practices.

Tasting Notes:
Medium to dark garnet in the glass, this wine has a nose of cedar and cherry cola aromas that with air transform into a lovely milk chocolate concoction. In the mouth it has excellent acidity, bordering on too much, with bright spicy flavors of cherry, incense, and green peppercorns dipped in chocolate. The finish accentuates the spiciness, with a hint of alcoholic heat and lingering flavors of cherry candy.

Food Pairing:
Given the spicy nature of this wine, I might try pairing it with something that might be a little sweeter, like these braised beef short ribs.