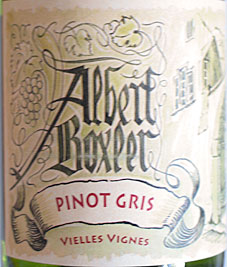 Like Jazz standards interpreted endlessly by masters and amateurs alike, grapes find infinite expression in the hands of winemakers around the world. These interpretations, filtered through the lens of a regions climate and geology, are often wildly different from place to place. Syrah from Paso Robles in California, the Barossa Valley in Australia, Cornas in France’s Northern Rhone Valley, and Washington State’s Colombia Gorge are so wildly different you might even question that they were the same grape in a blind tasting.

Such variation serves to both delight and befuddle wine lovers at different turns, and can often prompt the question of which one is the most….authentic? Such questions are dangerous, as they are impossible to answer, and suggest that there are right answers in a world that is, despite traditions, completely subjective.

Yet just like jazz fans, we tend to gravitate towards certain renditions of our favorite tunes that move us most consistently. And when it comes to a little grape called Pinot Gris, for my money no one plays it better than the winemakers of Alsace.

Early in my wine explorations I could never figure out whether Alsace was in France or Germany, and only vaguely remembered enough of my middle school history to realize that both were definitely options depending on which century it was.

Alsace has always been an odd duck of a winegrowing region. It is the only region in France that not only allows, but mandates that the name of the grape variety appear on the label. It happens to grow grapes more associated with Germany and Northern Italy than with the rest of France (Riesling, Gewurztraminer, and Pinot Gris), and perhaps by virtue of its occasionally Germanic past, produces more beer than any other winegrowing region in the country.

I’ve had a soft spot for Alsatian wines for at least 4 or 5 years now, and have come to love discovering the small producers there that have simply been making wine with their families the same way for centuries.

Domaine Albert Boxler perfectly typifies the small gems waiting to be discovered in Alsace. Currently run by Jean Boxler, the grandson of the man whose name still graces the bottle, Domaine Albert Boxler has been a family affair for more than 300 years. Located in the small town of Niedermorschwir, the family owns only 26 acres of vineyards.

But what a 26 acres it is! Eighty percent of the family’s land is Grand Cru designated, and includes sections of the famous vineyards of Sommerberg and Brand. All 26 acres are organically farmed by the 34-year-old Boxler, his wife, his parents, and a few vineyard workers.

The estate produces a mere 5000 or so cases of wine each year, which Jean Boxler has been making since 1995, when he was only 21 years old. Like many of the young generation, he opted for a formal wine education in addition to the lessons learned at his father’s knee in the vineyards and winery.

Domaine Albert Boxler produces several wines, but this rendition of Pinot Gris from some of the family’s oldest vines is perhaps the easiest to find. While it may not be considered one of their top wines, it is nonetheless a prototypical example of Alsatian Pinot Gris.

There’s just something about the hills in this little piece of the eastern edge of France when it comes to Pinot Gris that Italy, California, and New Zealand simply can’t touch. Call it a particular shade of soul that speaks to me in sultry stanzas. Mmmmmmm….

Tasting Notes:
Pale yellow-gold in the glass, this wine has a beautiful nose of honey and dried apricot aromas. In the mouth it is thick and rich on the tongue, slippery in its apricot and honey swirl of flavors, but with good acids that just pucker the cheeks. Off dry, with a little sweetness, the wine leaves a beautiful signature in the mouth that lingers like the lengthening days towards summer.

Food Pairing:
I think this is a lovely cheese wine, provided the cheese isn’t too strong, and might also accompany Vietnamese-influenced food, like this chicken in lemongrass sauce.