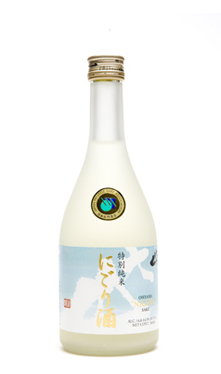 We all understand the power of brands. There was likely a time for most Americans alive to day when we used “Reynolds Wrap” when we meant aluminum foil. Some of us still say Kleenex instead of tissue and Xerox instead of photocopy. When one company pioneers a product that becomes so ubiquitous and common, it’s likely that the name will stick, even when we’re no longer using the original product.

There was a time in Japan’s history when sake was more easily referred to as Oyamazake, for exactly the same reasons. In 1882, the Shogun commanded that a sake brewing operation be established to feed the growing thirst for rice wine at the court, and like most of the time when the Shogun asked for something, he got what he wanted.

At it’s height, the brewing operation that sprang in the town of Oyama occupied almost fifty separate breweries arranged side-by-side on the Shonai plain in northwestern Japan. The amount of sake produced at the height of production is unknown, but it must have been truly staggering.

Today, several sake breweries call he town of Oyama home, but only one brewery can trace its history back to that massive brewing operation begun more than a century ago. Named Ohyama, or “big mountain,” this modest brewery continues to carry on the traditions of sake brewing much as they were established before the turn of the century.

Ohyama makes several sakes, but perhaps one of their best is this very special nigori, or “unfiltered,” sake. Unfiltered in the world of sake means much the same as it does in the world of wine. The process of making sake eventually yields a big soup of mushy fermented rice and alcohol in the same way that the end of fermentation for grapes results in a big tank of grape skins, wine, seeds, etc.

In order to get sake out of the mash, the sake must be pressed off of its lees (the solid bits of rice and yeast that are left). This usually involves putting sake into canvas bags and then squeezing those bags in a pneumatic press so that the sake squirts out and the rice and such is left behind. The resulting sake is a milky, cloudy color as it still contains a lot of rice starch and yeast in suspension.

At this point the sake is usually cold filtered through charcoal or other mediums to clarify the sake, but occasionally, brewers will simply stop here, and this cloudy, sediment filled sake is known as nigori. The rice starch gives the sake a milkier, slightly sweeter flavor which makes nigori a nice aperitif, as well as a good match for stronger flavored foods.

Interestingly, if you were to travel back in time, say, to 1882, when Ohyama was busy making sake for the Shogun, all the sake would have been unfiltered because they hadn’t invented the filters yet. Clear sake is quite a modern phenomenon.

Unfortunately while nigori sake is also an increasingly popular phenomenon, much of it is extremely low in quality. In some sake drinking circles, nigori sake is the equivalent of white zinfandel, an entry level brew that is easy to drink and doesn’t take much to appreciate. As a result most nigori sakes are made from relatively low quality rice, are often fortified with alcohol, and in some cases, are just downright nasty tasting.

Increasingly however, there are some breweries that are making extremely high quality nigori sake, and Ohyama happens to be one of them. This sake is a “tokubetsu” junmai nigori, which means “very special” junmai nigori. The Haenuki rice has been milled to less than 60% of its former mass (enough to qualify for ginjo status), and no additional alcohol has been added in the brewing process. These two facts, coupled with the extra care taken in its production have made for one of the finest, most delicate nigori sakes available on the market today.

Tasting Notes:
This sake looks like watery, fat free milk in the glass, and it smells very pretty, with aromas of rainwater, flowers, and faint hints of bubble gum. In the mouth it is smooth and creamy, with flavors of…well…cream, wet cedar wood, apple, floral notes, and a beautiful stony quality that lasts through a surprisingly long finish. This is one of the most refined, elegant nigori sakes I have ever had.

Food Pairing:
Even though it is refined in quality, this sake has the robustness of the nigori style, which means it is not so easily overwhelmed by stronger flavors (like many delicate sakes are). I’d happily serve this sake with any non-spicy south or east Asian food. It would go beautifully with a mild Vietnamese curry, for instance.