Terroir vs. Pleasure in Wine 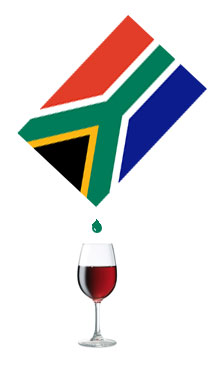 How many times have I told myself not to meddle in the world of terroir? Having (or starting) discussions about the traditionally French notion of how wines possess unmistakable signatures of their place of origin is not unlike having discussions about religion and sexual orientation: you need to take care who you have them with.

But here I am again meddling in the “somewhereness” of wines, to borrow writer Matt Kramer’s favorite shorthand for terroir.

The question of the day is whether terroir includes the “bad” flavors as well as good — and if it does, whether such flavors should be eliminated, or not.

We’ve already had part of this discussion here on Vinography, in the context of a previous discussion about the role of yeasts in terroir. While not a part of the main post, the conversation in the comments quickly turned to the role of the Brettanomyces yeast and whether it is a fundamental flaw, or whether it might be considered part of the regional terroir of the southern Rhone. While some might object to the suggestion that Brett and its typical horsey, barnyard aromas are a part of terroir, the question of whether it represents (or represented at one time) a regional style.

A recent piece of news bears on such questions. Scientists in South Africa, in collaboration with regional winemakers, have undertaken a series of investigations to identify the source of a series of aromas found in South African red wines. These aromas, which range from green wood to burnt rubber, are considered objectionable by some (myself included) while others consider them to merely be one of the typical regional qualities of wine produced in the country, and therefore an important signature of terroir.

Let’s assume for a moment that such flavors are indeed endemic to, and produced by, the region’s particular combination of geology, climate, and (sound) winemaking practices. If this is the case, but still many consider such flavors so objectionable that they will not buy (or worse, won’t rate highly) the region’s wines, should those flavors be eliminated?

To wit: if the scientists in South Africa manage to figure out what causes these aromas and then what to change in winemaking or winegrowing to eliminate them, should winemakers go ahead and effectively erase what many have come to consider a fingerprint of the region in an effort to make their wines taste better?

There are those who will stridently declare that just like the Brett that characterized Rhone wines of a certain era (much less commonly now), these aromas are fundamental flaws and need to be stamped out like nesting cockroaches. And there are those who will just as violently argue that stripping such qualities out of South African red wine will rob it of its individuality.

My interest in all this has to do with the implied balance between typicity on the one hand (how much a wine represents a certain place or type) and pleasure on the other hand. If winemakers make wine that is indelibly true to a place, but if very few people like it, does it matter how well the wine represents the place?

There’s no easy way to answer such a question, though I find it perhaps easier than most to step back from the romanticism of terroir and ask the question: what do these winemakers want to do with their wine? If they only aspire to sell it to a local market of people who don’t think it’s red wine unless it tastes like peeled willow bark, then there’s no need for a change. If they want to sell their reds on the global market, however, and that market demands wine without burnt rubber, then perhaps the terroir, or at least the regional style, needs a bit of an overhaul.

What do you think?