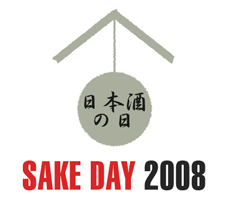 Japan has given many things to the world that I cherish, but few of them have an unofficial holiday that gives me the excuse to celebrate them. But every October first, along with sake lovers all over Japan and around the world, I get to observe Nihonshu no Hi, also known as Sake Day.

Despite ups and downs, and not being anywhere near its 19th century production levels, sake is seeing a bit of a renaissance around the world, and that is worth celebrating for any sake lover, at least as much as the stuff itself. More and more excellent sake is leaving Japan and making its way abroad.

All of which means that on October first, you’ll not only have something to celebrate but, some really good stuff to celebrate with, should you care to partake in the 3rd Annual Sake day celebration put on by San Francisco’s own True Sake store, and Sozai restaurant.

This is not the largest of tastings, but public sake events are so rare, that I am obligated to make not of it for those of my readers who are sake lovers or who are interested in learning more about it.

Held at Fort Mason, Sake Day is an opportunity to taste an assortment of sake, eat some good Japanese food, and listen to a little music in a casual atmosphere. Various tasting stations will be set up that will allow attendees to compare different styles of sake, blind taste some varieties, as well as explore flaws like heat damage.

Tickets are $85, which gets you a complimentary tasting glass, five different sake friendly dishes, free run of the tasting, and entry into various raffles and prize drawings. Tickets should be purchased in advance online, as the event may sell out.